US thanks Turkey for shutting down Black Sea straits for warships 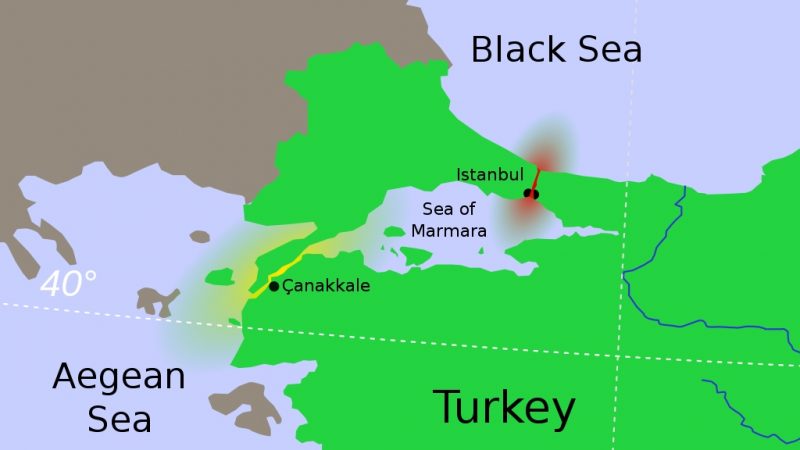 Under the 1936 Montreux Convention, Ankara has the right to limit transit through its Bosphorus and Dardanelles straits during wartime. [Wikipedia]

Turkey is calling on all sides in the Ukraine crisis to respect an international pact on passage through the Turkish straits to the Black Sea, Defence Minister Hulusi Akar was cited as saying on Tuesday (1 March) after Ankara closed access.

NATO ally Turkey borders Ukraine and Russia in the Black Sea and has good ties with both. Under the 1936 Montreux Convention, Ankara has the right to limit transit through its Bosphorus and Dardanelles straits during wartime.

This allows it to curb Russian warships going to the Black Sea. The pact grants exemption to ships returning to their home bases.

Turkish Foreign Minister Mevlüt Çavuşoğlu was cited by state media as saying that Turkey had demanded all Black Sea and non-Black Sea states to halt passage through its straits.

“Eroding Montreux or disrupting the status quo in any way is to nobody’s benefit. We see a benefit in preserving Montreux. We tell all sides that it would be beneficial to abide by Montreux,” Akar told reporters after Monday’s cabinet meeting, his ministry said.

In a call on Monday, US Secretary of State Antony Blinken “expressed his appreciation” to Çavuşoğlu for Turkey’s implementation of the accord, State Department spokesperson Ned Price said.

Yoruk Isik, an Istanbul-based geopolitical analyst and head of the Bosphorus Observer consultancy, told Reuters that Turkey had closed the straits to all states.

“So it’s really happened, it’s closed… It’s closed to all maritime traffic, not only to Russian ships,” Isik said, adding the closure should be seen as Ankara giving Moscow “breathing room” to determine its position.

At least four Russian ships are waiting to cross from the Mediterranean.

While calling Russia’s invasion an unacceptable violation of international law, Turkey has carefully formulated its rhetoric not to offend Moscow, with which it has close energy, defence and tourism ties. It has called for dialogue and offered to host peace talks. 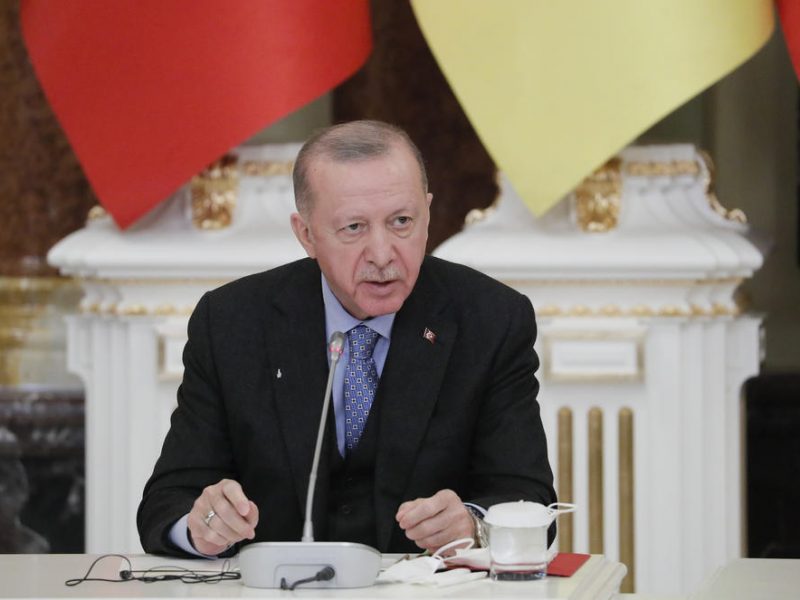 Turkish President Recep Tayyip Erdoğan’s office said early on Tuesday (1 March) that he held a phone call with his Belarusian counterpart Alexander Lukashenko to discuss developments in Russia’s invasion of Ukraine.
The two premiers discussed ceasefire talks between Russia and …

“We are determined to use the powers the Montreux Convention grants our country to ease the crisis,” Erdoğan said after the cabinet meeting. “We will surely not compromise on our national interests, but we will also not disregard regional and global balances. This is why we cannot abandon ties with Russia or Ukraine.”

While forging close ties with Russia, Turkey has also sold drones to Ukraine and signed a deal to co-produce more, angering Moscow. It also opposes Russian policies in Syria and Libya, as well as its 2014 annexation of Crimea.

“Turkey is really doing its best, or you can see it bends over backwards not to offend Russia,” analyst Isik said.