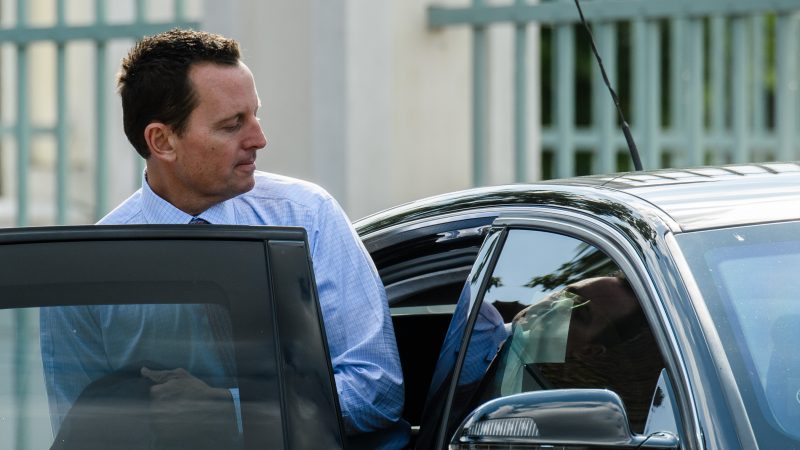 File photo. US Ambassador to Germany Richard Allen Grenell leaves during a reception for members of the Diplomatic Corps in the guesthouse of the Federal Government near in Meseberg near Berlin, Germany, 6 July 2018. [Clemens Bilan/EPA/EFE]

At stake is a mixture of economic and security interests for Moscow, Washington, Berlin and Paris – with equally direct consequences for Ukraine and other Eastern European nations.

A letter that envoy Richard Grenell sent to several businesses “reminds that any company operating in the Russian energy export pipeline sector is in danger… of US sanctions”, an embassy spokesman told AFP.

“If completed, Nord Stream 2 and the second line of TurkStream would facilitate Russian efforts to bypass Ukraine as a gas transit route to Europe. If this occurs, it could well mean the removal of a key strategic deterrent against Russian aggressive behaviour in Ukraine. As a result, companies who support the building of these pipelines are actively undermining Ukraine and Europe’s security,” Grenell writes.

Turkish Stream, or TurkStream, is a pipeline bringing Russian gas to the European territory of Turkey. Subsequent construction is planned to bring part of this gas to the EU via Bulgaria or Greece,

The letter by Grenell, a close ally of President Donald Trump, “is not meant to be a threat, but a clear message of US policy”, the spokesman said.

Pressure has been mounting on Berlin for months to turn away from the under-construction pipeline, which is set to double the capacity of an existing connection beneath the Baltic Sea.

Trump accused Germany last year of being “totally dependent” on and a “captive” of Moscow because of the natural gas supply.

But the louder the volume of complaints from Washington, the more Berlin has dug in its heels.

Chancellor Angela Merkel, backed by France and Austria, has in the past insisted the pipeline is a “purely economic project” that will ensure cheaper, more reliable gas supplies.

German Foreign Minister Heiko Maas also weighed in on the transatlantic row last week, saying “European energy policy should be decided in Europe, not in the United States.”

The confrontation echoes European leaders’ sticking to a 2015 deal with Iran to limit that country’s nuclear programme.

Trump has renounced the pact and threatened sanctions against EU firms doing business with Tehran.

In an angry reaction from Russia on Sunday, senator Alexei Pushkov tweeted that Trump was using “direct threats” to sell “more expensive American gas to Europe.”

The US embassy spokesman said that “the only thing that could be considered blackmail in this situation would be the Kremlin having leverage over future gas supplies.”

American officials argue that routing more gas through the Baltic and the planned TurkStream pipeline under the Black Sea will deprive Ukraine of vital transit income and isolate it from its allies.

That could be bad news for Kyiv, which saw the Crimean peninsula annexed by Russia in 2014 and is battling Moscow-backed separatists in a conflict that has so far claimed over 10,000 lives.

“Firms supporting the construction of the two pipelines are actively undermining the security of Ukraine and Europe,” ambassador Grenell wrote.

US objections are shared by “nearly 20 European countries” such as EU member Poland, as well as the European Parliament and the US House of Representatives, the embassy spokesman said.

Merkel – a key player in Moscow-Kyiv peace talks – says Ukrainian interests will be protected as some Russian gas will still be transported via the country once Nord Stream 2 is online.

But Germany has also appeared to make concessions to Trump by looking into construction of liquid natural gas (LNG) terminals on its north coast to accept sea shipments from the US. 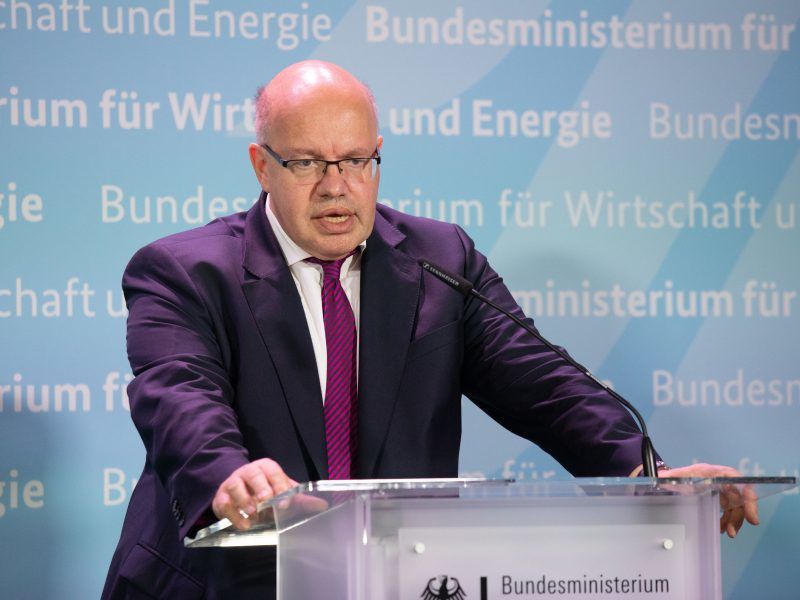 Berlin was “studying options” to help fund gas facilities, Merkel spokesman Steffen Seibert said in October – although he denied the government was caving to US pressure.

Beyond Ukraine, Trump has explicitly linked his complaints over Russian gas to his push to get European members of the NATO alliance to spend more on defence.

“Germany just started paying Russia, the country they want protection from, Billions of Dollars for their Energy needs coming out of a new pipeline,” he tweeted in July. “Not acceptable!”

Merkel has long since committed to reach the NATO defence spending target of 2% of GDP – albeit by 2024.