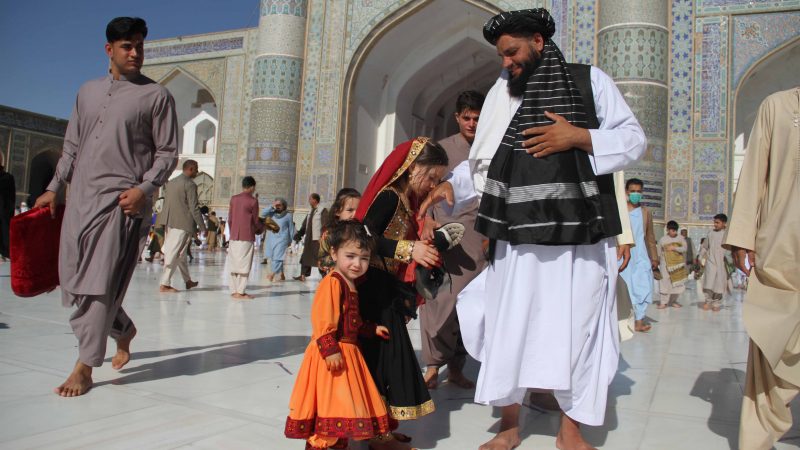 The US State Department was expected to announce the setting-up of the so-called Priority Two refugee program on Monday, the three sources said, speaking on condition of anonymity.

The State Department did not immediately respond to a request for comment.

The program comes as fighting surges in Afghanistan ahead of the formal completion of the US troop withdrawal at the end of this month, with the Taliban pushing to capture key provincial capitals.

Biden has faced pressure from lawmakers and advocacy groups to aid Afghans at risk of Taliban retaliation because of their association with the United States during the 20-year US war.

The administration official said the new refugee program would cover Afghans who worked for US-funded projects and for US-based non-government bodies and media outlets.

Those Afghans do not qualify for the Special Immigration Visa (SIV) program that covers interpreters and others who worked for the US government, and their families.

About 200 SIV applicants whose visas are in the final stages of processing and family members flew into the United States last week at the start of an evacuation effort dubbed “Operation Allies Refuge” that could include as many as 50,000 people or more.

They were taken to stay at a military base in Virginia to complete their final formalities before being resettled around the country.

The administration official said the new program for Afghans would differ from a Prority Two refugee program for Iraqis that has been indefinitely suspended while US officials pursue a sweeping fraud investigation.

The new Afghan program will require applicants to be referred by US agencies, senior US officials, non-government bodies or media outlets, the official added.

The referral requirement is a key difference between the new Afghan program and the Iraqi program, which allows Iraqis to apply directly without a referral, the official said.