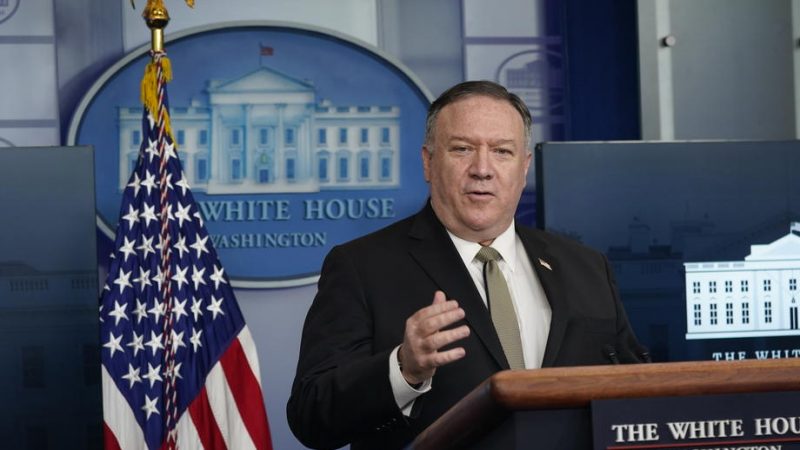 The US said Wednesday (8 July) it plans to conduct military training with Cyprus for the first time, defying NATO ally Turkey, which warned of destabilization.

The US Congress last year ended a decades-long arms embargo on the island, whose northern third is occupied by Turkey.

Secretary of State Mike Pompeo said the State Department for the first time will fund military training for the Republic of Cyprus as part of “our expanding security relationship.”

“This is part of our efforts to enhance relationships with key regional partners to promote stability in the Eastern Mediterranean,” Pompeo told reporters.

The cooperation will be part of the US International Military Education and Training program, which seeks to train foreign officers and increase friendly nations’ interoperability with the US military.

Turkey and the self-styled Turkish Republic of Northern Cyprus had warned against the end of the embargo, saying it would upset a balance of power on the island.

“As we repeatedly stressed in the past, this kind of steps do not contribute to efforts of finding a solution to the Cyprus problem but rather further strengthen the Greek Cypriot side’s uncompromising attitude,” the Turkish foreign ministry said of Pompeo’s announcement.

“It is clear that the steps that do not observe the balance between the two sides will not help restoring an environment of trust on the island as well as restoring peace and stability in the eastern Mediterranean,” it said in a statement.

The United States imposed the embargo in 1987 in a bid to avoid an arms race and encourage a peaceful resolution on the island, whose population is majority Greek.

Critics say the decision backfired by forcing Cyprus, now an EU member, to seek other partners, even as Turkey — despite its NATO membership — angered the United States by buying an advanced arms system from Russia.

Turkey invaded Cyprus in 1974 in response to a coup engineered by the then-military regime in Athens, which sought to unite the island with Greece.

The island has remained largely peaceful in the ensuing decades, with Greek Cypriot and Turkish Cypriot leaders working to build ties in recent years.

But tensions have recently flared over Turkey’s drilling for gas off the island, with the European Union calling the move illegal.

US officials, at the same time, have encouraged the warming relations with Israel of both Cyprus and Greece.