US warns Bulgaria to clean up the ‘passport-for-cash’ mess 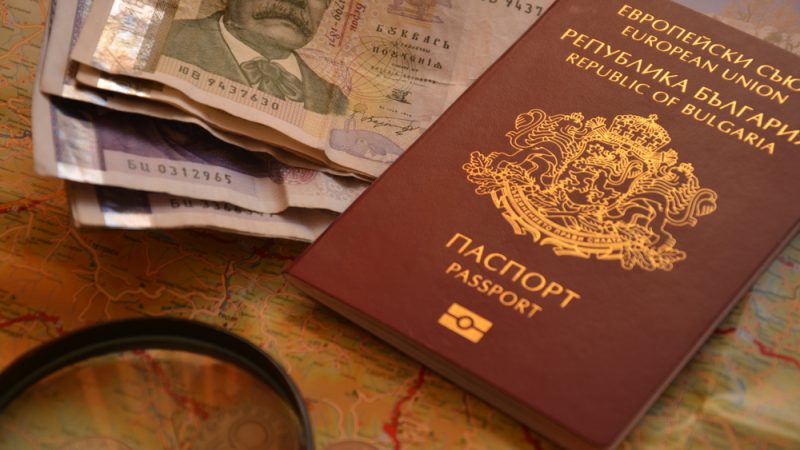 A Bulgarian passport - and some cash [Shutterstock/ D.Semra]

The United States State Department has warned Bulgaria that if the country wants its citizens to benefit from visa-free travel to the US, it should clean up the mess which has gained notoriety as the “passports for cash” scheme.

According to official documents obtained by EURACTIV Bulgaria, the US side insists that Bulgarian passports be issued only to good-faith citizens who do not represent a threat to the internal security of the United States.

According to revelations by EURACTIV dating from 2018, a huge corruption scheme allowed anyone ready to pay the bribe of €5,000 to obtain a genuine Bulgarian passport, which opens the gate to the entire EU and to a large part of the world.

The State Agency for Bulgarians Abroad in particular was involved in the scheme, by issuing to “paying clients” fake certificates of Bulgarian origin, a document based on which Bulgarian nationality and identity documents can be issued.

The chief of this agency was sacked and spent several months in custody, but a genuine reform did not take place under the former government, in which VMRO, a junior coalition partner of the former Prime Minister Boyko Borissov, fought for preserving the lucrative status quo.

At present, Cyprus, Croatia, Romania, and Bulgaria are the only countries whose nationals still need a visa to enter the US.

However, Croatia and Romania have received assurances that Washington will lift the requirement for them shortly. This will leave only Cyprus in Bulgaria in the category of countries whose nationals need a non-immigrant visa to enter the EU.

An official memo from the Bulgarian Ministry of Foreign Affairs, quoting US officials by their names, states that the US side has asked Bulgaria to make sure that only citizens who do not represent a threat to the United States are granted Bulgarian citizenship, and that the reform of the State Agency for Bulgarians Abroad should take place and guarantee such policy shift.

At the same time, the European Commission is trying to mediate to achieve “visa reciprocity” with the US.

The next such meeting, involving the Commission, the US, and the Bulgarian authorities, will take place on 9 and 10 June.

According to the documents seen by EURACTIV Bulgaria, the caretaker government in Sofia is struggling to provide guarantees by the time of the meeting that the reform of the State Agency for Bulgarians Abroad would indeed take place.

As early as January 2019, EURACTIV wrote that the mess with the “passports-for-cash” criminal scheme was a matter of serious concern for the law-enforcement services of Bulgaria’s allies.

However, under the previous government, the main interest was that the investigation should not reach the high-level politicians who engineered the scheme, said sources in Sofia.