During the European Forum Alpbach, Austrian President Alexander Van der Bellen emphasised the EU needs to guard itself against a relapse into a "small-state mentality". [EPA-EFE/VALDA KALNINA]

With the informal meeting of defence ministers and then foreign ministers in the last week of August, the Austrian EU Presidency enters crunch mode. EURACTIV Germany reports from Vienna.

In less than four weeks, at the EU summit in Salzburg, Chancellor Sebastian Kurz wants to align the EU on a solution for the refugee issue. The recent troublesome efforts to find a solution for 140 refugees on the rescue ship Diciotti only proved what a difficult task this is.

Austria, which at the start of the refugee movement towards Europe was one of those countries that were particularly open to asylum seekers, is now increasingly battening down the hatches. 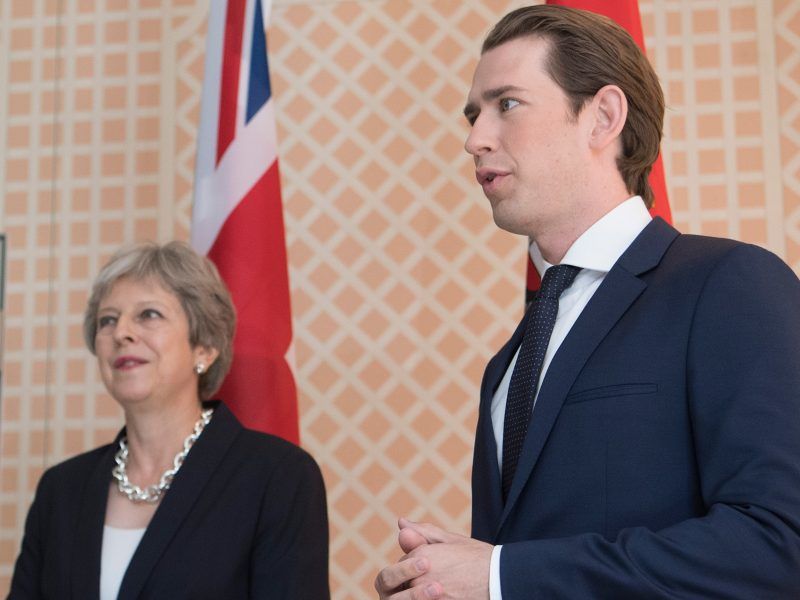 For example, the regulation in force since 2012, whereby asylum seekers until the age of 25 can take up an apprenticeship in a sector experiencing shortages, is to be reversed.

This has been demanded by FPÖ Vice-Chancellor Heinz Christian Strache, government spokesman Peter Launsky-Tieffenthal confirmed. The reversal has been justified due to the fact that many refugees had used the possibility of an apprenticeship in order to gain a better starting position for obtaining an asylum claim.

But Strache’s demand is now becoming the government line and this has caused criticism – not only in the opposition, which speaks of an “unrealistic and unworthy” measure, but also in the ranks of the coalition partner ÖVP.

On the hand, business circles, in particular, wish for the apprenticeship of the asylum seekers to be accelerated in order to counter the shortage of skilled workers. And former Vice-Chancellor and current Vice President of the European Investment Bank, Wilhelm Molterer, points out that stopping education makes no sense.

Instead, asylum seekers should rather be sent back to their home country after completing their education, so they can use this knowledge to their advantage at home.

In contrast to the dominant stream in the public discussion, Austrian President Alexander van der Bellen emphasised at the European Forum in Alpbach that in his opinion “the migration issue is not the greatest challenge of our time”. It is rather the cohesion in the European Union or the possible loss of importance of the EU in relation to the powers USA, Russia and China.

He also sees a danger in the resurgence of nationalist tendencies. More than ever before, Europe needs to become aware of its strength, not to let itself be disturbed from the outside or be divided, and to guard itself against a relapse into a “small-state mentality”. 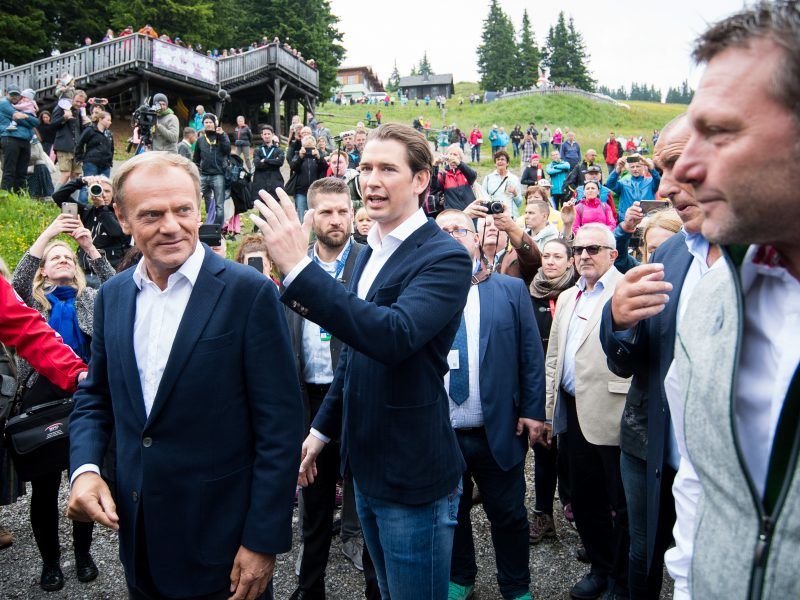 Austria’s Federal Economic Chamber represents the interests of the country’s economic operators but is also a cornerstone of the social partnership enshrined in the constitution.  Its president, Harald Mahrer, spoke to EURACTIV Germany about Austria’s economic goals in a changing global economy.

The Austrian head of state does not believe the EU could break up due to Brexit. On the contrary, Brexit has temporarily even strengthened the cohesion among the remaining EU-27, he believes:

“And if fears come true that the EU’s exit will hurt the UK economically, then any of the remaining EU-27 will be wary of getting into a similar situation.”

Nevertheless, Van der Bellen hopes a solution will be found between Britain and the EU. Moreover, a “no deal” for the UK would, in economic terms, be “an exit from the plane without a parachute”.

Serbia and Kosovo on way towards consensus

The government in Vienna pays special attention to the Balkans and tries to portray itself as a bridge builder in the region. It was therefore followed with interest in Alpbach that there seems to be a rapprochement between Serbia and Kosovo.

Serbian President Aleksandar Vučić and his Kosovo counterpart Hashim Thaci have been confident that a legally binding agreement between Belgrade and Pristina will be reached.

If there is “no thawing of the frozen conflict”, there could be the danger of a renewed war.

However, a currently negotiated consensus solution also includes some border adjustments. For example, northern Kosovo, which has a sizeable Serb population, might be exchanged for the predominantly Albanian-populated Preshevo valley in southern Serbia.

While France has already signaled its possible approval, Germany is reluctant to engage in such a swap. It is feared that similar demands will then be made by Bosnia-Herzegovina and Macedonia and could lead to a disturbance of the already unstable situation.