The summit took the form of a working dinner with European Council President Donald Tusk and Commission chief Jean-Claude Juncker and a litany of issues loomed large over their discussions.

Before the meet-up, Erdoğan embarked on a tour of Northern Turkey and delivered several speeches with clear anti-EU rhetoric. In particular, Turkey’s leader blamed the West for hosting what he calls terrorists.

Turkey and the EU differ on the definition on terrorism. Ankara calls terrorists all those perceived as enemies of Erdoğan’s regime, such as Kurds or followers of the preacher Fetullah Gülen, who is accused of being the mastermind by the failed June 2016 coup. 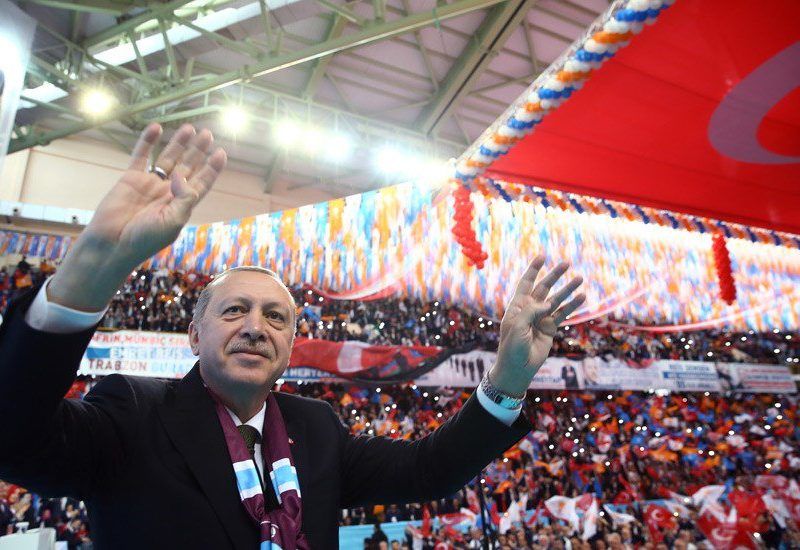 The state of emergency in Turkey continues since the coup attempt and mass purges are ongoing on perceived opponents. Independent media outlets have been closed and many journalists put in jail.

Turkey is also conducting military operations against Kurds in northern Syria that are raising eyebrows in Europe.

In Varna, some 120 journalists saw a different Erdoğan, who spoke a more appeasing language. “We hope that we have left a very difficult period behind in Turkey-EU relations,” said Erdoğan, who at the end of the press conference said “Let’s build together a prosperous Europe. I approach everyone with love and respect”, through an interpreter.

#VarnaSummit | ‘We hope that we have left a difficult period in Turkey-EU relations behind,' Turkish president says pic.twitter.com/Ihm9kx3Nry

But he also stressed: “We don’t want rambling or unfair criticisms on sensitive issues like the fight against terror. We expect strong support.”

In term of concrete results, Tusk said the leaders’ meeting had made little tangible headway.

“In terms of concrete solutions, we did not reach a concrete compromise today but I still hope it will be possible in the future,” Tusk told the journalists.

Tusk said improved relations would depend on progress on issues including the rule of law and press freedom as well as Syria.

He also stressed that on migration and support for refugees, the EU and Turkey remain strong partners.

An EU-Turkey agreement brokered on 18 March 2016 promises Turkey, which is hosting 3.5 million Syrian refugees, €3 billion in aid, with a second €3 billion tranche in case the first one does not suffice. On 14 March the Commission approved the disbursement of the second tranche as well.

Tusk said he “sincerely thanks” Turkey and the Turkish people for hosting more than 3 million Syrian refugees. (Speaking later, Erdoğan said that Turkey is also hosting one million refugees from Iraq.)

He reminded that Turkey had committed to upholding the highest standards of democracy, adding that the EU understood Turkey’s need to deal effectively with security after the attempted coup, but that “we are concerned that some methods used undermine fundamental freedoms and the rule of law”.

Tusk expressed concern about Turkish actions in the eastern Mediterranean. Cyprus says that Turkey has breached “international law” after Ankara’s warships blocked operations to explore for gas in the island’s politically sensitive waters.

The Council president also raised the issue of the two Greek soldiers who inadvertently crossed the border due to bad weather and were arrested in Turkey.

He also said EU leaders had expressed concern over Turkey’s military actions in Syria, in particular in Afrin.

Juncker said the summit was one of “mixed feelings but not mixed messages”, adding: “It was a good meeting because as this is the normal principle between big democracies, we were able to talk in all frankness and openness.”

Regarding the Greek soldiers, Juncker said he had confidence in the Turkish side “to solve that in the best way”, and to free them before the Greek Orthodox Christmas (6 to 9 April).

Juncker stressed that the EU and Turkey should concentrate on what unites them, stressing the importance of the Southern Gas Corridor, a pipeline across Turkish territory designed to bring Azeri gas to Europe by 2020.

Juncker and Borissov praised Turkey for abiding by the migration deal. Borissov said that Bulgaria experienced “zero migration pressure” as a result of the deal.

Erdoğan thanked Borissov, whom he called his “great friend”, for hosting the meeting, and insisted that Turkey wants to progress faster toward its goal of becoming an EU member.

The Turkish president said he expected the second €3 billion tranche to be released soon, and called for visa liberalisation.

Last month Turkey said it had fulfilled the 72 criteria for visa-free travel and Erdoğan told reporters that the necessary paperwork had been sent to the Commission.

The Turkish president said he told the EU leaders that it was “necessary to complete their work at once” on the issue.

Erdoğan also said Turkey was looking forward for the start of discussions on his country’s upgrade in the EU’s Customs Union.

Regarding terrorism, Erdoğan said his country’s operations contributed beyond its borders to the security of Europe and should not trigger any criticism.

He warned “certain members of the EU” not to be overly critical of his country and said he had tabled in written form information concerning the exploration of gas in the Cyprus economic zone.