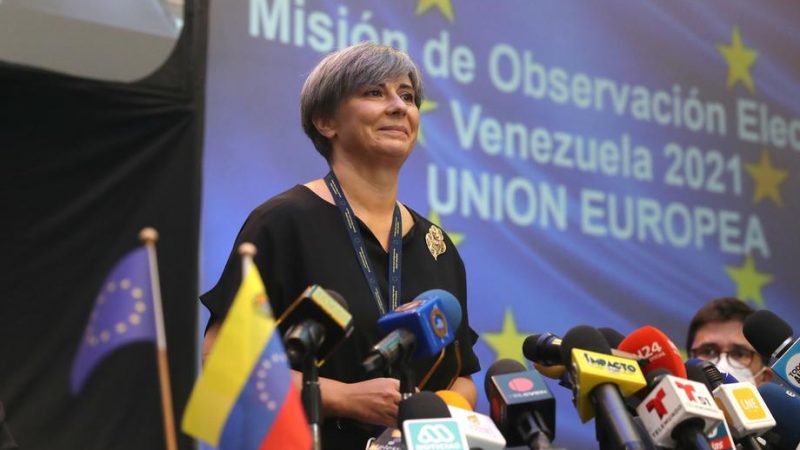 The head of the Electoral Observation Mission of the European Union (EOM-EU), the Portuguese MEP Isabel Santos, offers a preliminary report of her work in Venezuela during the process, in Caracas, Venezuela, 23 November 2021. [EPA-EFE/Miguel Gutierrez]

Venezuela’s President Nicolás Maduro on Sunday (28 November) denounced members of the EU’s electoral observation mission who monitored voting last weekend as “spies,” and accused them of looking to “stain” the regional elections on their preliminary report.

Local and regional elections enjoyed better conditions than during previous voting, the EU mission said on Tuesday, though they raised concerns about arbitrary bans on candidates for administrative reasons, delays in opening voting centers and “extended use of state resources in the campaign.” 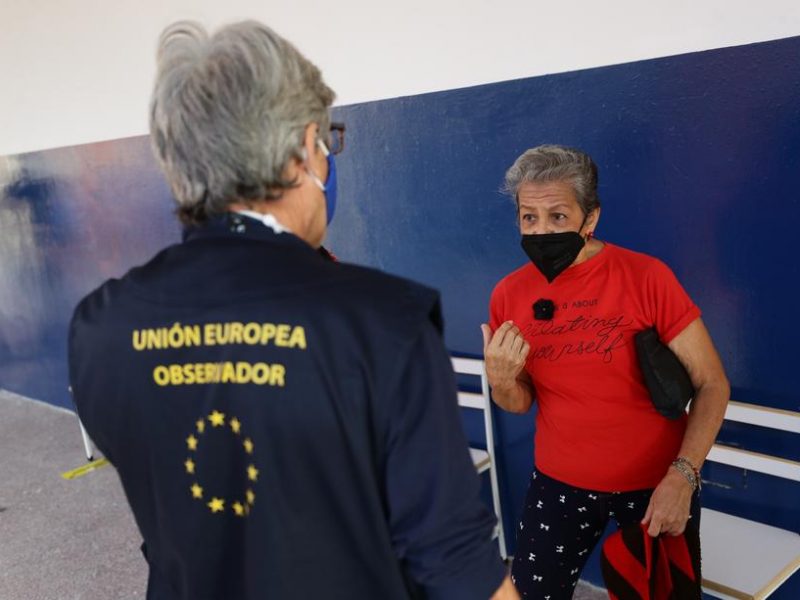 An EU observer mission on Tuesday (23 November) reported irregularities in Venezuelan elections for governors and mayors over the weekend, in which opposition parties participated for the first time since 2017.

“They looked to stain the electoral process (in a report) and they couldn’t. A delegation of spies – they weren’t observers – wandered freely around the country, spying on the country’s social, economic and political life,” Maduro said during a broadcast on state television.

The mission did not immediately respond to a request for comment.

Voting last weekend was the first time in 15 years that the EU sent a mission to observe Venezuelan elections. The team included 1,000 observers who monitored voting in 22 out of 23 elections and the full report will be presented in two months.

In this election, opposition politicians contested votes for the first time since 2017. However, they were roundly beaten, picking up just three our of 23 governorships and 117 mayoral positions, with the ruling party winning 210 mayoral races.

Several mayoral races had yet to be called, and one governor’s office – in Barinas state, a Chavismo stronghold – has not been called either.

The President will hold meetings in “the coming hours” with opposition governors, he said, without giving further details. He also suggested the ruling Socialists could have lost in a few states and municipalities due to voters punishing the party at the polls.

While the ruling party picked up the most governorships, votes for the Socialists dwindled to fewer than 4 million, according to figures from the country’s electoral authority, down from the 5.9 million it won during regional elections in 2017.