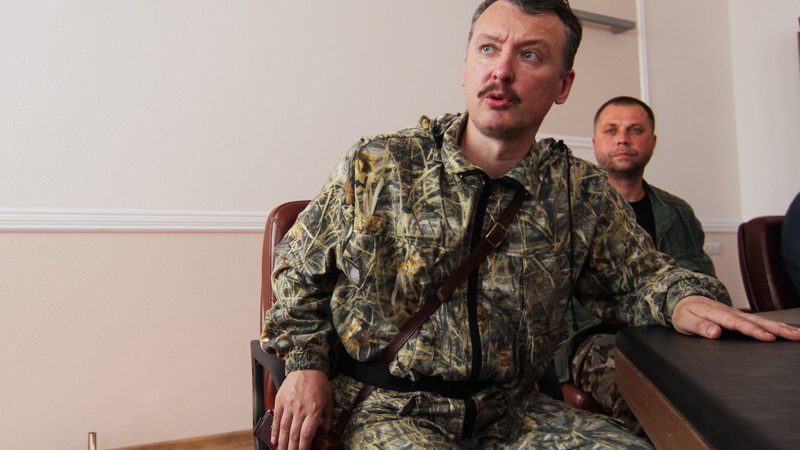 Vladimir Putin’s faithful propagandists, as well as a former commander of pro-Russian forces in eastern Ukraine, have openly criticised Moscow’s stuttering military campaign in Ukraine in recent days, in a sign that the presumed iron-cast internal support for the Russian president may be eroding.

“I directly accuse Sergei Shoigu of, at minimum, criminal negligence,” Igor Girkin said in a video interview posted on his Telegram channel on Friday 13 May), the 79th day of Moscow’s invasion of Ukraine. “I have no grounds to accuse him of treason, but I would suspect it.”

Girkin, who also goes by the pseudonym Strelkov (from the Russian for ‘shooter’), has been charged with murder by Dutch prosecutors over his alleged role in the downing of Malaysian Airlines flight MH17 over Ukraine in 2014.

He has become an outspoken critic of the way Russia is waging its war in Ukraine in recent weeks, saying that without a new strategy and more manpower, Russia could lose.

The Kremlin did not immediately respond to a request to comment on Girkin’s outburst – one of the strongest public attacks yet on Russia’s military leadership from a prominent hawk pushing for a more intensive campaign in Ukraine.

Despite repeated Russian setbacks and heavy losses in men and equipment in the course of the invasion, Putin has shown no sign of distancing himself from Shoigu. The minister played a highly visible part in commemorations on Red Square on Monday to mark the 77th anniversary of victory over Nazi Germany in World War Two.

In a separate development, Russian state media and prominent propagandists of the war in Ukraine have also begun to openly criticise the state of the Russian army and the lack of progress in the campaign.

Vladimir Solovyov, one of Putin’s most famous propagandists, against whom the US, the EU, Canada, and Britain have imposed personal sanctions, could not hide his frustration on national television with what he said was the “shameful” time it takes for weapon supplies to reach the Russian military in Ukraine.

Solovyov is the host of the show Sunday Evening with Vladimir Solovyev on Russia-1 state TV.

On 6 April, the Italian press reported that Solovyev’s villa in Italy, on lake Como, took fire and was damaged in what appears to be an intentional fire. On 25 April, Putin accused the West of attempting to kill Russian journalists, though he did not name Solovyov. 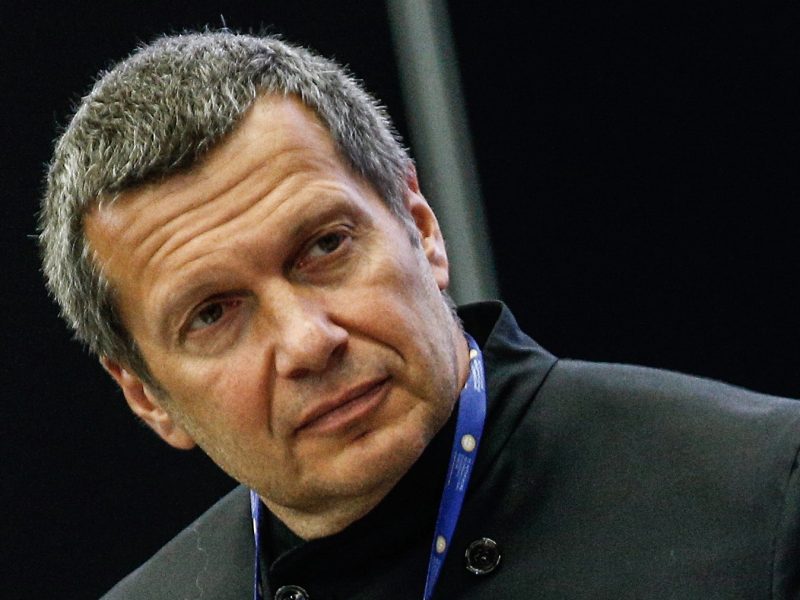 Russian President Vladimir Putin on Monday (25 April) said his main spy agency had foiled what he cast as a Western plot to kill a prominent Russian journalist.

Solovyov said he was shocked that the Russian army had lost its flagship cruiser ‘Moskva’ and demanded that those responsible be punished. He expressed outrage that Russian troops did not have drones because they were produced in very small quantity and could not reach the front.

The myth about the Russian army’s strength took a serious blow with the sinking of the ‘Moskva’ by the Ukrainian forces. 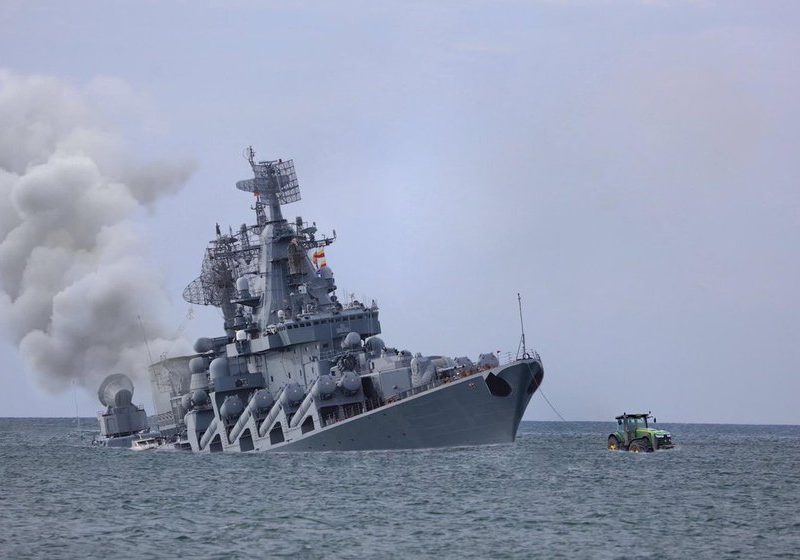 The myth about the “great Russian army, second in the world” was totally destroyed when Ukrainian Armed forces defeated the Russian army in the successful attack against the Russian Black Sea fleet missile cruiser “Moskva”, writes Roman Rukomeda.

“Try to bring something to Donbas,” Solovyov lamented, referring to an eastern Ukrainian region controlled by pro-Russian separatists.

“It’s easier to transport something through the Ukrainian customs in Lviv. They allow the passage of all kinds of weapons. But it’s almost impossible to bring something to our boys. We’ve complained hundreds of times!” he said.

Guests in propaganda TV shows complained that Russian soldiers were being sent into battle with “hopelessly obsolete weapons” and that the Russian economy could not cope with what it terms a “special military operation” in Ukraine.

A former Kremlin mercenary, Marat Gabidullin, told Reuters this week that Russian troops were ill-prepared for the war in Ukraine.

Mikhail Khodaryonok, a retired Russian colonel, told viewers that even a general mobilisation would not turn the tide in Moscow’s favor because there was not enough equipment and people for new units.

“We have no reserves,” he said.

Alexander Sladkov, military correspondent for Russia’s state TV, also spoke out against Russia’s tactics. According to him, the commanders are “shamefully indecisive” and unable to push out the Ukrainian forces because “they are fighting 1:1, without numerical superiority”.

The change in the tone in the state media is remarkable, given that until recently they trumpeted the power of the Russian armed forces, praised Putin’s leadership, and predicted a complete defeat of Ukraine in a very short time.

After failing to capture the capital Kyiv in the first phase of the war, Russian forces have refocused on the eastern Donbas region and southern city of Mariupol.

It was the situation in Donbas that provoked Sladkov’s outburst, which went viral on social media, as he denounced the military situation in the Leninsky district of Donetsk, from where he was reporting.

“We can’t push the Ukrainian forces out of the city. We can’t push them because … I don’t know. We shouldn’t criticize, but we are attacking their villages and their strongholds with a 1: 1 ratio. We are doing heroic efforts for something that should be routine. God forbid if they receive additional troops … I understand it’s hard to talk about it, but we need a fool to say it. Even if this fool, today, it is me!” Sladkov said. 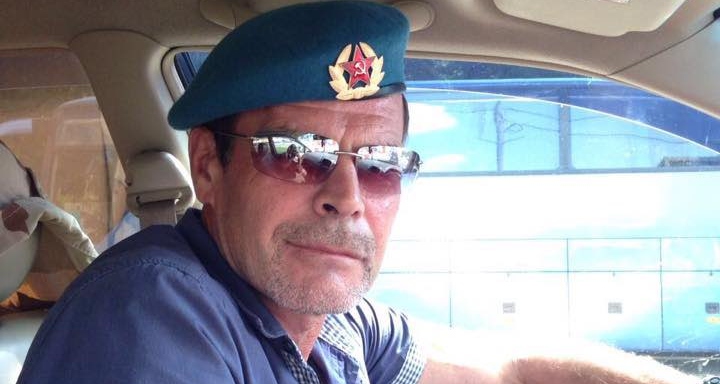