In the written questions, MEPs focused, again, on Goulard’s past affiliation to the American think-tank Berggruen because the candidate’s answers had been too vague on the matter. EPA/CARSTEN KOALL

France’s former defence minister, Sylvie Goulard, has been proposed as the EU’s internal market Commissioner. But her new portfolio also includes a strengthened European defence file, which analysts say will be her biggest challenge.

The post, formally called Internal Market, Industry, Entrepreneurship and SMEs, deals with free movement of goods and services within the bloc as well as innovation and start-ups, previously run by Poland’s Elżbieta Bieńkowska.

“Sylvie Goulard […] is a dedicated and convinced European. As ‘Internal Market’ Commissioner, she will lead our work on industrial policy and promote the Digital Single Market. She will also be responsible for the new DG Defence Industry and Space,” incoming Commission President Ursula von der Leyen said on Tuesday (10 September) upon unveiling her new team.

The Elysee Palace welcomed Goulard’s nomination, saying she will play a crucial role in the executive’s strategy to “make Europe truly sovereign”.

Already last year, Macron, who has called on the bloc to stop its over-reliance on Washington as a military backstop, said Europe should seek “strategic autonomy” in defence and has been pushing ever since for more European emancipation.

With the UK, Europe’s biggest military power along with France, set to leave the EU, Berlin has backed the French-led effort to identify weak spots in European armies with the goal of filling those gaps together.

“Both Goulard and von der Leyen, as former defence ministers who cooperated closely when they held office, know about the importance of bridging Franco-German differences, for instance on arms export rules, military interventions or the relevance of an EU institutional framework for closer defence cooperation,” Daniela Schwarzer, director of the German Council on Foreign Relations, told EURACTIV.

According to Schwarzer, part of the challenge will be to “bring other EU members on board”, particularly Central and Eastern European governments, who may see deeper EU cooperation as a challenge to transatlantic relations and NATO.

“Moreover, keeping the UK close will be a key task – at a time when the EU needs to think its security in European terms beyond EU borders after Brexit and the US government will likely seek to play out UK interests against continental Europeans.”

With decision powers in the field of security and defence lying mainly with the member states as well as being spread out over the EU’s institutions and agencies, the new DG will have to provide a link between them.

It is meant to deal with the EU’s fragmented defence industry and bring current defence initiatives such as the EU’s permanent structured cooperation (PESCO), the yet to be created European Defence Fund (EDF) and a possible single EU headquarters for military operations under the Commission’s helm.

The EDF, first proposed by the Commission in 2016 in an effort to move towards integrated European security and defence policy, has seen a difficult negotiation process between EU institutions and member states. It could prove a particular sticking point in Europe’s strive for strategic autonomy and open yet another field where the Commission will have to establish itself, and the EU, vis a vis Washington.

The draft regulation specified the fund is meant to fund research and development projects and support the EU’s defence industry.

“I want you to focus on building an open and competitive European defence equipment market,” von der Leyen wrote in her mission letter to Goulard shortly after her nomination.

With third country participation in European military projects in question, the Pentagon has warned the EU against blocking US firms from the defence fund as it is meant to cover the development of weapons prototypes, provided that the member states involved commit to acquiring the final “Made in Europe” product.

Currently, a wide range of member states acquires equipment from outside the EU, mainly produced in the United States.

“Strengthening defence and space is basically a good thing and both areas are essential to EU strategic autonomy. It remains to be seen whether a new Commissioner and more bureaucracy will be helpful in this respect. More investments and capabilities instead of more departments are needed,” Matthias Wachter of German BDI told EURACTIV earlier this week.

A DG Defence, at last

Asked by reporters about the rationale behind the newly created DG, von der Leyen said that although “NATO will always be collective defence, without any question”, it is time for Europeans to step up their own efforts as well.

“The European Union, however, will never be a military alliance,” she added.

According to her, the idea behind more European initiative in the field is rather meant to have a complementary character:

“Member states within NATO have been told many, many times that interoperability, common procurement for their armed forces, is of utmost importance. Now the European Union is moving forward because it is sensible and it is the right thing to do, to have procurement in a common way,” von der Leyen told reporters.

This could only be done through more investment into research and development, she added.

Von der Leyen cited the example of DARPA, the US Defense Advanced Research Projects Agency, which pioneered the internet as a spill-over from the publicly-driven military research and development to the private-civil-industrial sector.

Space, moreover, is also becoming an area where the EU wants to develop technology jointly, particularly as China, Russia and the US develop space weapons that can shut down enemy missiles and air defences or destroy satellites.

In her mission letter, von der Leyen also stressed her hope that Goulard would “focus on improving the crucial link between space and defence and security.”

“We have the European Defence Fund and it is the right idea to enable the member states to do the research, the development and the procurement for the future systems we will have together, knowing this will enormously improve interoperability, which is actually a benefit for NATO, but also for the industrial base in the EU,” von der Leyen told reporters.

European industry representatives have been urging EU lawmakers to agree on the fund without delay.

“The EDF has the potential to boost future European cooperative defence programs. Therefore the German Industry is asking the European Parliament to agree on the upcoming MFF and the remaining issues like third party participation as soon as possible,” BDI’s Wachter said.

EU officials, however, confirmed to EURACTIV that nothing is expected to happen with the file before the EU’s seven-year budget, the MFF, is agreed. 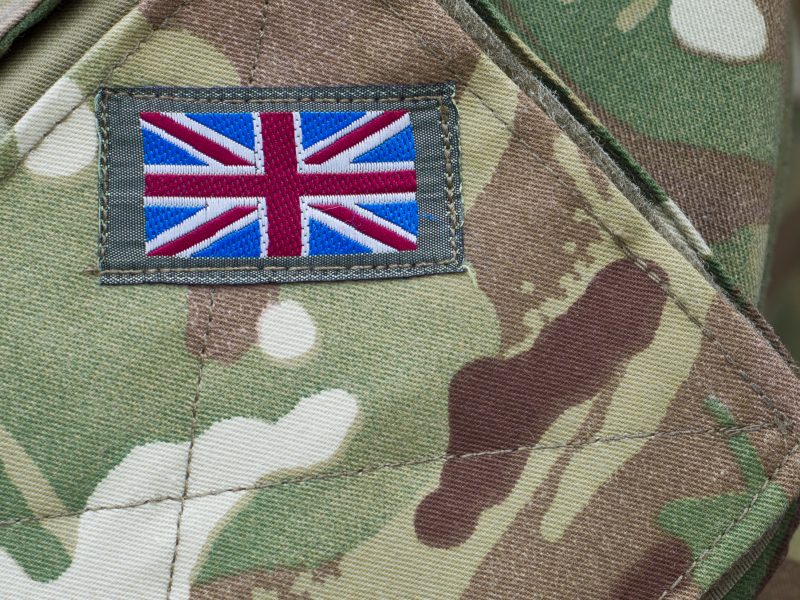