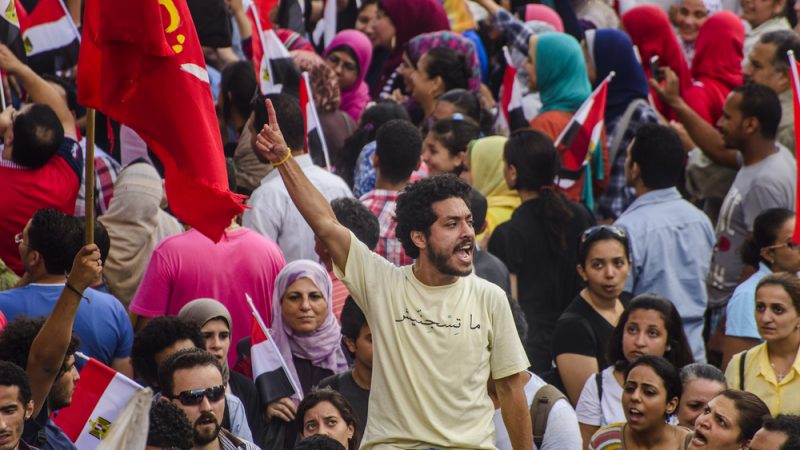 This article is part of our special report Paths to peace ten years after the Arab Spring.

Ten years after the Arab Spring, a disjointed European policy approach to the region has resulted in the bloc losing influence in the countries in its southern neighbourhood.

Researchers argue that the Mediterranean region’s strategic importance to the EU, means that if the Middle East and North Africa is unstable then Europe is unstable.

Civil wars in Syria and Libya, migration emergencies across the Mediterranean, and the rise of the Islamic State and jihadist terror groups have limited EU economic and political support for the region’s governments.

“The most obvious change has been the redefinition of political space in Arab societies,” says Mohamed-Ali Adraoui, a member of the International Panel on exiting violence (IPEV).

Adraoui adds that another effect of the revolutions is that “each social crisis opens the floodgates for real and uninhibited challenges to the regimes in power.”

Other than counter-terrorism and border-management partnerships with security services in Morocco, Tunisia and Egypt, the countries have hardly figured in the regional policies of EU member states other than France and Italy, which have colonial-era ties to much of the region. Even so, French and Italian priorities have been counter terrorism and migration control.

However, the EU’s preoccupation with migration control has allowed other international powers to gain influence in a region where many countries have moved away from democracy, but the economic and social divisions that fuelled the Arab Spring remain.

Riccardo Fabiani, of the International Crisis Group, contends that the internal divisions of the EU and its inward focus on migration have reduced its leverage in the MENA region.

Similarly, divisions between EU countries over which faction to support in the Libyan civil war, handed a much greater military role to Turkey and Russia in the former and Algeria in the latter, both of which encourage a process of what Fabiani describes as “decoupling”.

The EU’s ‘Renewed partnership with the Southern Neighbourhood’, published in February, commits the bloc to a €7 billion ‘Economic and Investment Plan for the Southern Neighbours’. However, little progress has been made on economic relations. Morocco and Tunisia are dragging their feet over the EU’s plans to replace their Association Agreements with a Deep and Comprehensive Free Trade Agreement (DCFTA) as many economists and academics, particularly in Tunisia, doubt its value to their development needs.

Francis Ghiles, North Africa expert at the Barcelona Centre for International Affairs, argues that the EU needs “a more pro-active policy if it wants to slow the medium-term trend of a decoupling between the two shores of the Western Mediterranean”.

Tarek Megerisi, a researcher at the European Council for Foreign Relations, contends that the EU should focus its attention in the region on bolstering Tunisia, the one country in the region which has maintained the democracy obtained following the Arab Spring

But the slow pace of vaccine delivery to the Middle East and north Africa, despite the EU’s attempts to emphasise its ‘Team Europe’ support for the COVAX vaccine initiative, has prompted concerns that the pandemic will lead to Europe taking a more closed approach.

Megerisi contends that the EU should condition its financial support on the completion of reform of Tunisia’s political system, including national dialogue to develop plans for appointing judges to the constitutional court, and upgrading Tunisia’s legal framework to reflect the rights enshrined in the constitution.

Since 2011, the EU has provided over €2 billion in grants and €800m in macro-financial assistance to back up its commitment to Tunisia’s transition to democracy. Despite this, high unemployment and years of sluggish economic performance been hampered further by the COVID-19 pandemic.

“If the EU and key member states can make their engagement with Tunisia more focused and cohesive, Europe could help Tunisia become a successful democratic model in North Africa, as well a valuable partner for Europe in a geopolitically competitive region,” he adds.