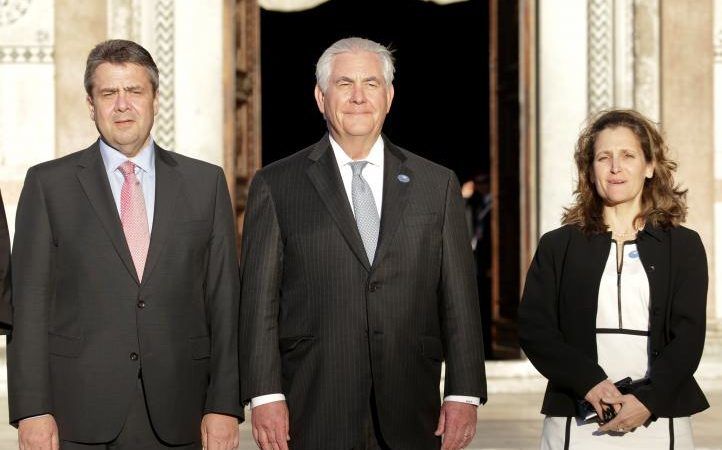 A spokeswoman for the prime minister said Trump had thanked May for her support following last week’s US military action in Syria against the Assad regime.

The White House later on Monday said Trump had spoken with May and separately with German Chancellor Angela Merkel by telephone about the US attack and thanked them for their support.

It said in a statement that May and Merkel expressed support for the US action and agreed with Trump on the importance of holding Assad accountable.

In a shift in Washington’s strategy, US missiles hit a Syrian air base last week in retaliation for what the United States and its allies say was a poison gas attack by Syria’s military in which scores of civilians died. The Syrian government has denied it was behind the assault.

Trump had previously appeared disinclined to intervene against the Syrian leader and the attack raised expectations that he might now be ready to adopt a tougher-than-expected stance with Russia, Assad’s main backer.

US Secretary of State Rex Tillerson is due to travel to Moscow this week and the spokeswoman for May said the two leaders had agreed during their conversation that the visit was an opportunity to make progress toward a solution.

“The prime minister and the president agreed that a window of opportunity now exists in which to persuade Russia that its alliance with Assad is no longer in its strategic interest,” the spokeswoman said.

“They agreed that US Secretary of State Tillerson’s visit to Moscow this week provides an opportunity to make progress toward a solution which will deliver a lasting political settlement.”

Foreign ministers from the Group of Seven (G7) major industrialised nations met in Italy on Monday, looking to put pressure on Russia to break its ties with Syrian President Bashar al-Assad.

Calling the US strike a “game changer”, British Foreign Secretary Boris Johnson said support for the Syrian president “was toxifying the reputation of Russia” and suggested sanctions could be imposed on Moscow if it refused to change course.

Johnson said he was keen to see further sanctions imposed on both Syrian and Russian “military figures”. Speaking to reporters in France, Canadian Prime Minister Justin Trudeau said his country was also ready to stiffen sanctions on Moscow.

Looking to build their case against Assad, Italy has invited the foreign ministers from Turkey, Saudi Arabia, United Arab Emirates, Jordan and Qatar to sit down with the G7 group on Tuesday to discuss Syria. All oppose Assad’s rule.

Before the meeting started, the foreign minister of Iran, which supports Assad, asked to speak to Italian Foreign Minister Angelino Alfano to discuss Syria, Italian diplomats said. Details of their conversation were not disclosed.

The foreign ministers’ discussions will prepare the way for a G7 leaders’ summit in Sicily at the end of May, which looks set to be Trump’s first overseas trip since becoming president.

Russia has rejected accusations that Assad used chemical arms against his own people and has said it will not cut its ties with Assad, who has been locked in a six-year-old civil war that has devastated Syria and displaced half its population.

“Returning to pseudo-attempts to resolve the crisis by repeating mantras that Assad must step down cannot help sort things out,” Dmitry Peskov, spokesman for Russian President Vladimir Putin, said on Monday. 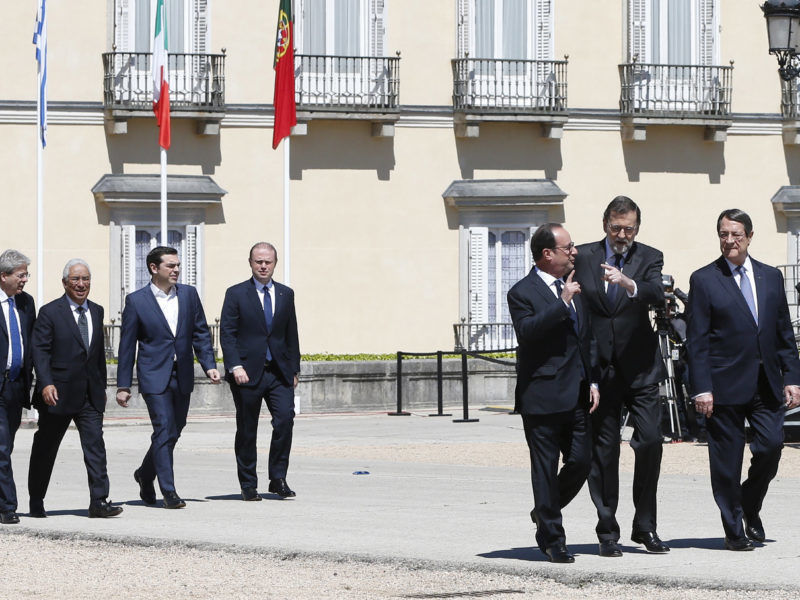