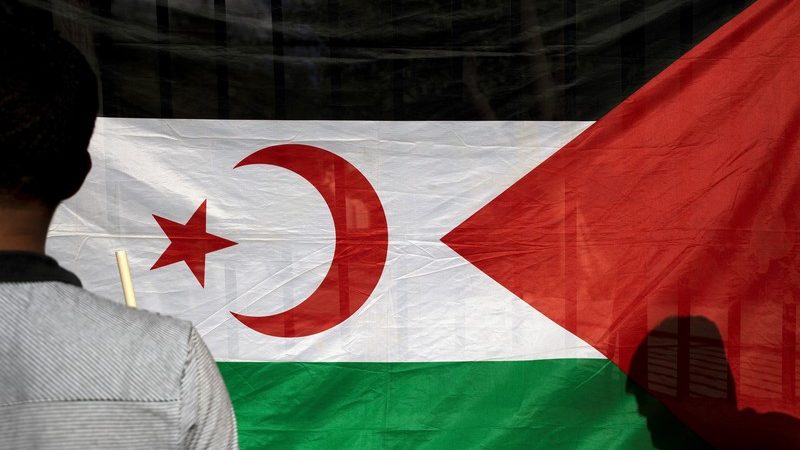 People hold Western Sahara flag as they attend a march against the repression of the people in Western Sahara held next to Moroccan Embassy in Madrid, Spain, 20 June 2019. [EPA-EFE/LUCA PIERGIOVANNI]

The General Court of the EU annulled on Wednesday (29 September) two agreements between the EU and Morocco that applied to Western Sahara, a territory occupied by Morocco. The court ruled in favour of the Polisario Front, which had filed the complaint against the EU Commission, the Council, and Morocco.

The annulled agreements between the EU and Morocco aimed to extend the reach of a trade deal and a fisheries deal to the occupied territory of Western Sahara.

Morocco annexed Western Sahara, a former Spanish colony, in 1975, sparking a guerrilla war with Polisario, which claims to represent the people of Western Sahara. The war was ended by a UN-brokered ceasefire in 1991.

The Polisario Front, an armed group and national liberation movement for the Western Sahara, challenged the agreements saying that they violated a previous ruling by the EU court and that they had been concluded without the consent of the people of Western Sahara.

The court accepted both arguments brought forward by the Polisario Front, recognising the group as a representative of the people of Western Sahara.

The representative of the Polisario Front to the EU, Oubi Bachir, described the judgment as a “triumphant victory”.

“With these decisions, the court reminds European leaders that nobody is above the law”, Bachir said, referring to the fact that the European Court had already ruled in favour of the Polisario Front against the EU on a similar matter in 2016. The agreements annulled by the court on Wednesday had been negotiated as a reaction to the 2016 ruling.

European and Moroccan business associations showed disappointment at the court’s ruling. “As businesses, we obviously regret the Court’s decision, as it creates uncertainty, harms the business environment and discourages investments”, said Chakib Alj, president of the General Confederation of Moroccan Enterprises (CGEM).

He voiced concern that the ruling may “disadvantage products and producers in the Sahara”, and added that “all European and international companies that have invested there […] now find their investments at risk”.

EU lawmaker Idoia Villanueva of the left group in the European Parliament welcomed the ruling.

“International law has once again made it very clear: The territories of Western Sahara are different from those of Morocco and the benefit of its economic activities must accrue to its people,” Villanueva wrote in a blogpost.

On the contrary, MEP Andrey Kovatchev of the EPP, referred to a report by the EU Commission, claiming that Western Sahara had profited from the agreements.

The EU High Representative Josep Borrell and Morroco’s Foreign Minister Nasser Bourita issued a joint statement, reassuring each other of their continued cooperation.

“We will take the necessary steps to ensure the legal framework that guarantees the continuation and stability of trade relations between the European Union and the Kingdom of Morocco,” the statement read.

The European Commission is currently studying the ruling and has not yet said what steps it intends to take. However, it is widely expected that the judgment will be appealed.

Even though the court annulled the agreements, it said they were to be maintained until the ruling on an eventual appeal is published or until the two-month appeal period passes and no appeal motion is filed.