A White House official plans to tell Congress Tuesday (29 October) that he witnessed efforts to pressure Ukraine to investigate President Donald Trump’s rival Joe Biden, and that he reported it as a national security risk.

Lieutenant Colonel Alexander Vindman will be the first White House official to testify to the House impeachment inquiry that Trump and allied diplomats improperly pressured the Ukraine government to open investigations designed to help Trump politically.

Among the remarkable elements of Lt. Col. Vindman’s statement almost comes across as an aside: the NSC official responsible for Ukraine never communicated with President Trump. The President, instead, sought advice from Giuliani and a million-dollar donor. https://t.co/d4qYOSmxPz

His explosive prepared testimony, released to US media late Monday, offers some of the strongest evidence yet for accusations that Trump abused his presidential powers and broke election laws to gain Kiev’s support for his re-election effort next year.

Vindman, a Ukraine expert on the White House National Security Council (NSC), said he took part in a 10 July meeting in which Ukraine national security official Oleksandr Danylyuk was pushed to open investigations into a much-derided theory that Kyiv helped Democrats against Trump in the 2016 election, and into corruption allegations against Biden, a Democratic frontrunner to challenge Trump in 2020.

Vindman says in the prepared testimony that a senior US diplomat close to Trump, ambassador to the European Union Gordon Sondland, was the one pressing Danylyuk for the investigations.

“Following this meeting, there was a scheduled debriefing during which Amb. Sondland emphasized the importance that Ukraine deliver the investigations into the 2016 election, the Bidens and Burisma,” he says, referring to a Ukraine energy company that Biden’s son Hunter had been a director of.

“I stated to Amb. Sondland that his statements were inappropriate, that the request to investigate Biden and his son had nothing to do with national security,” he says in the testimony.

He then reported his concerns to the chief attorney of the NSC.

Vindman also says that two other US officials who allegedly took part in pressuring Ukraine were in the Danylyuk meeting: Secretary of Energy Rick Perry and then-Special Representative for Ukraine Kurt Volker.

Two weeks later, Vindman says, he listened in on a phone call between Trump and Ukraine President Volodymyr Zelensky.

In the call, Trump pushed Zelensky to open investigations into the 2016 conspiracy theory and also into the Bidens and Burisma, according to a summary released last month.

At the time, Trump had frozen military aid to Ukraine, allegedly to add pressure for the investigations.

“I was concerned by the call,” Vindman writes in his planned testimony.

“I did not think it was proper to demand that a foreign government investigate a US citizen, and I was worried about the implications for the US government’s support of Ukraine.

“I realized that if Ukraine pursued an investigation into the Bidens and Burisma, it would likely be interpreted as a partisan play,” he said, adding that he again reported his concerns to the NSC.

Vindman’s prepared testimony expands upon the depositions of nine other US officials to the impeachment investigation, all of which have taken place behind closed doors.

The Trump administration has refused to turn over documents relating to the Ukraine issue and sought to prevent White House officials from testifying.

But Democrats appear to be amassing strong evidence against the president, which could lead to his impeachment in the House of Representatives, followed by his trial for removal in the Senate. 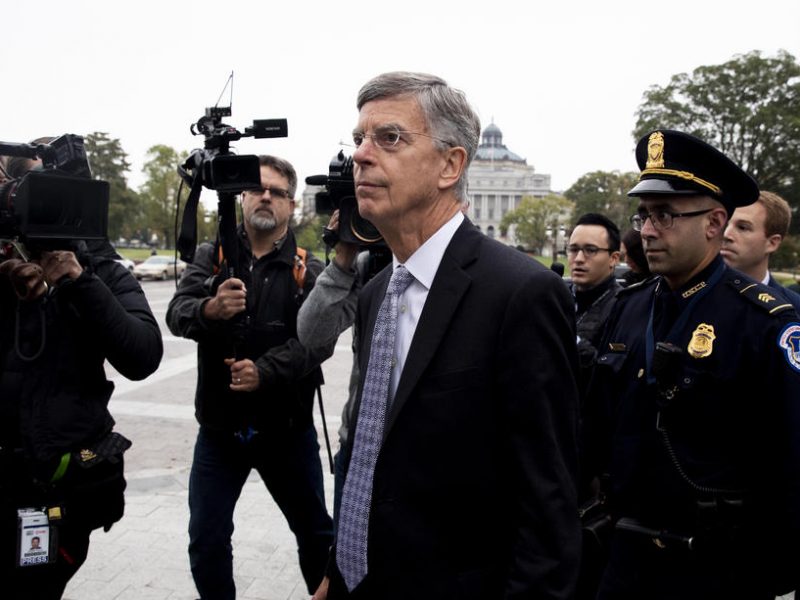 On Thursday, Democrats are planning to publicly lay out how the inquiry will go forward, with an eye to formally drawing up charges against Trump and holding an impeachment vote in the coming two months or so.