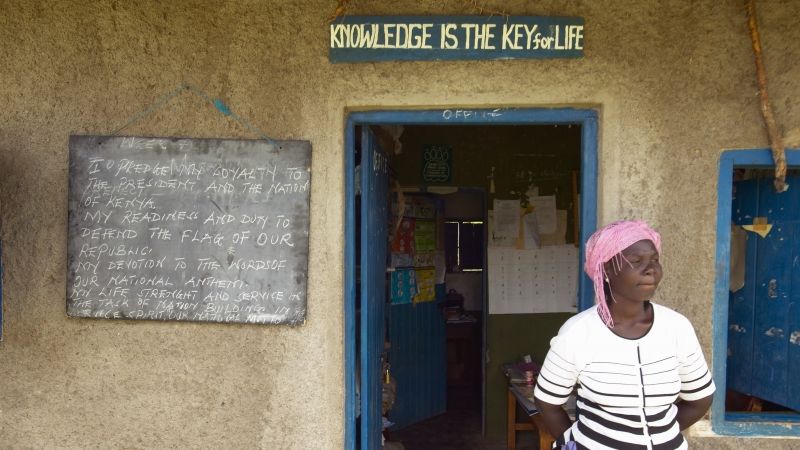 ‘Women and Girls at the Forefront of Sustainable Development: protect, empower, invest’ is the theme for this year's European Development Days. [Joseph Sohm/Shutterstock]

Women and girls are too often forgotten in development policy, despite being in the front-line. A mere 2% of total overseas development aid is spent on policies related to gender equality, panellists heard at the European Development Days in Brussels.

‘Empowering women and girls’ was the theme of the EDDs held on 5-6 June. The majority of panellists in the discussions and events were women and that, in itself, was a welcome breath of fresh air for most of the over 6,000 delegates in attendance.

Much of the focus was on how to promote financial inclusion and economic empowerment for women.

World Bank Chief Executive Kristalina Georgieva cited research by the World Bank that the world economy leaves US$160 trillion on the table every year because women were unused, underused or underpaid.

Georgieva pointed out that “in 104 countries there are legal obstacles for women working in some professions.”

“Investing in women is not just the right thing to do, it is the smart thing to do.” So said EU development commissioner Neven Mimica on Tuesday (5 June).

Increasing financial inclusion is one of the priorities in development policy making: the theme is woven into seven of the 17 UN-agreed Sustainable Development Goals.

“Women’s business is a vast untapped resource,” said Elizabeth Nelson, vice-president of the European Bank for Reconstruction and Development.

She stressed the importance of increasing women’s access to finance in developing countries.

“We need to have sustainable banking services in the countries that we want to provide finance in,” said Nelson.

But there are a multitude of policy areas that need to be addressed if these goals are to be obtained. Nelson pointed out that in Turkey and North Africa, research by the EBRD had revealed that women faced tougher hurdles to obtain finance than men, and were often charged higher interest rates and asked to provide more collateral.

Meanwhile, other panel discussions at the EDDs highlighted other cross-cutting policy issues that impact on women’s empowerment.

The importance of robust tax collection was also cited as a key element.

“We are starting to see the strong links between tax havens and women’s rights”, said Tove Ryding of the European Network for Debt and Development (Eurodad).

“If taxes are not collected then public services suffer and women’s rights are first in line to suffer,” she added.

To Peter Sands, Executive Director of the Global Fund, empowering women must start with protecting them.

“If we want to empower women then we need to first protect them, and protecting them from disease is a starting point,” he said.

Addressing the issue of land rights is also a challenge. In sub-Saharan Africa, for example, women comprise only 15% of land-owners.

Coca-Cola Vice-President Beatriz Perez pointed to her firm’s 5by20 programme, which aims to offer women business skills, training courses, financial services and connections with peers and mentors, and set a target of empowering 5 million women by 2020.

Perez told delegates that the programme had already reached 2.4 million women, more than a million of whom are in Africa.

Compared to men, barely half as many women have bank accounts in many sub-Saharan Africa countries, but Georgieva’s advice was not to jump the gun, pointing to schemes aimed at creating bank accounts for women where the World Bank had found later that “many of them were dormant.”

“We have found that if you are too intrusive (on the issue of gender) then women can be accused of being a drag on the project, and getting in the way of progress and job creation,” she said.