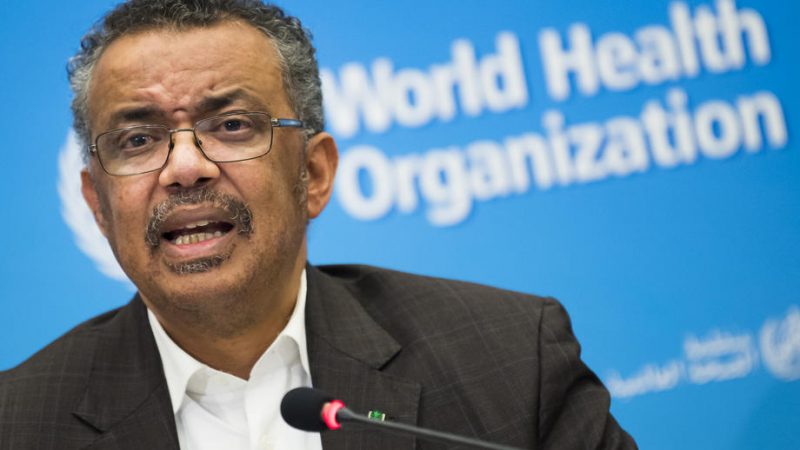 Tedros Adhanom Ghebreyesus is expected to obtain a second term as World Health Organization chief, after the German government endorsed him and no other candidate is likely to stand before the deadline on Thursday (23 September). EPA-EFE/JEAN-CHRISTOPHE BOTT

Tedros Adhanom Ghebreyesus is expected to obtain a second term as World Health Organization chief, after the German government endorsed him and no other candidates have been announced prior to today’s deadline (Thursday 23 September).

German health minister Jens Spahn said Wednesday that Berlin was nominating Tedros and called for EU countries to support him in a move that could help resolve a tricky diplomatic impasse on how to formalise his candidacy.

The former Ethiopian health and foreign minister will not be supported by his own government in Addis Ababa, which has accused him of supporting the rebels in Tigray, Tedros’s home region. A civil war, underway since last November has seen rebels pitted against federal troops.

The WHO’s rules require a candidate to be nominated by at least one government but not necessarily their home government.

Tedros also has the support of a group of African nations, including Kenya, but with the African Union currently attempting to mediate talks aimed at ending the fighting in Tigray, there is a reluctance to antagonise the Ethiopian government.

Despite being accused by former US President Donald Trump of being ‘China centric’, the WHO director-general is believed to have handled the COVID-19 pandemic with some success, despite the difficulties faced in ensuring equal access to vaccine supplies across the world.

Tedros has battled to persuade wealthy nations, including the European Union, to share surplus COVIC-19 vaccines with developing countries but with only limited success. Just 3.6% of Africa’s eligible population has been inoculated — compared with an average of more than 60% in Western Europe. Only a fraction of the vaccines promised by EU nations and others have actually reached poor countries.

Meanwhile, COVAX, the international body set up to coordinate vaccine delivery, is expected to fall nearly 30% short of its previous goal of delivering 2 billion COVID-19 vaccine doses this year.

He has also backed the campaign led by South Africa and India, but opposed by the EU, for patent waivers on Covid vaccines to allow developing countries to mass-produce their own doses.

This week the EU and the United States agreed on an EU-US Global Vaccination Partnership aimed at vaccinating 70% of the world population by next September’s UN General Assembly.