Decision time for the EU on Iran: INSTEX vs the FATF 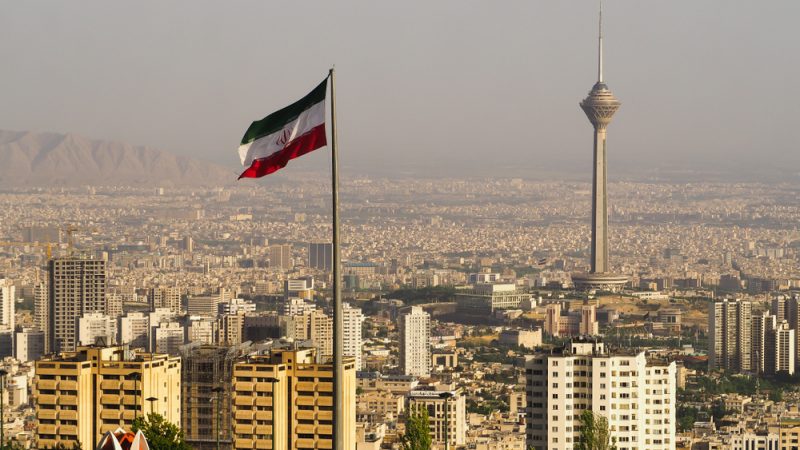 Rarely has Europe’s wrong-headed attitude to Iran been more apparent than in the past few weeks, writes David Ibsen.

David Ibsen is the president of the United Against Nuclear Iran, a US-based, non-profit advocacy organisation.

On the one hand, the hearings which ultimately saw Josep Borell appointed as the EU’s next top diplomat generated plenty of high minded chatter about Europe’s responsibility to act as guardian of the rule-based international order.

On the other, the Financial Action Task Force (FATF) was forced to limply grant Tehran a further extension of suspended sanctions, despite the fact that the Islamic Republic has once again failed to reform its financial system and renounce its connection to terror groups such as Hezbollah.

As anyone familiar with the topic will know, EU foreign policy stands at a critical juncture, caught between those who see it as little more than the front desk of a loosely associated community of nations and those who would have it become the sharp end of a unitary power.

While Viktor Orbán calls for a retrenchment of powers to the nation-state, Emmanuel Macron dreams of an EU army.

But one thing is sure, while Europe fiddles, the international order is burning.

Institutions such as the UN, once a paragon of bi-lateral cooperation, are increasingly stymied through neglect and obstructionism. Meanwhile, Russia’s annexation of Crimea showed such blatant disregard for the Westphalian principle of national sovereignty it seemed single-handedly to usher in a new epoch of international relations.

Clearly, the world has need of principled actors and the EU is better placed than most to play an exemplary role.

But before Macron realises his dream of fresh-faced NCOs wearing epaulettes of blue and gold, the EU should start by putting its shoulder behind the sort of non-partisan institutions that typified the post-World War II order and the rule-based system they stood for.

In this regard, there are few better places to start than the FATF. An inter-governmental organisation charged with guarding the international financial system from money laundering and terrorist financing, the FATF is headquartered in Paris and therefore in the special care of EU member France.

Since its foundation in 1989, no other country has flouted the FATF’s standards with greater consistency than Iran, which it first ‘black-listed’ in 2010. Significantly, the only other country to share this honour in the past decade is North Korea.

Despite Tehran’s feeble commitment to reform, in 2016 the FATF agreed to suspend countermeasures directed against the Islamic Republic. This, it should be noted, was largely at the behest of the United States, which at the time was seeking to facilitate President Obama’s Iran Nuclear deal.

Since then, Iran has proven time and time again that its relationship to terror groups is intrinsic, not incidental. Just this past month, the FATF called on Tehran to stop exempting from terror financing restrictions such groups as it claims are “attempting to end foreign occupation, colonialism and racism”.

In other words, Iran’s leaders fundamentally refute the international consensus that entities such as Hezbollah are terrorists. It is clear they have no intention of changing course.

Sadly, by allowing serial offender Iran to call its bluff, the FATF has brought its own authority into disrepute. In a time of withering influence for inter-governmental and bi-lateral institutions, this should be greatly regretted.

It is difficult to imagine that the FATF’s forbearance is anything but the consequence of pressure indirectly or directly applied by European leaders who cling to the hope that Iran will mend its ways.

Certainly, while the FATF has repeatedly concluded that Iranian money is enriching terrorists, Macron and others remain stubbornly committed to INSTEX (the Instrument in Support of Trade Exchanges). In other words, European leaders are intent on greasing the wheels of a financial system which routinely benefits the coffers of terrorists.

There has hardly ever been a stronger case for European solidarity in foreign affairs, coalesced around the ideal of buttressing the international order against further decay. But if the EU wishes to salvage the rule-based international order it must commit to supporting the values which underpin it, uniformly and without exception.

Ultimately, this means taking a principled stand against those who refuse to acknowledge or adhere to those same values.

A newly re-energised EU should enable the FATF and similar inter-governmental institutions to take bold action, rather than work against them. In the meantime, Tehran will draw from this latest reprieve a lesson taken from the schoolyard and not the classroom: the biggest bully gets the most lunch.

2 responses to “Decision time for the EU on Iran: INSTEX vs the FATF”