A letter from a Russian friend 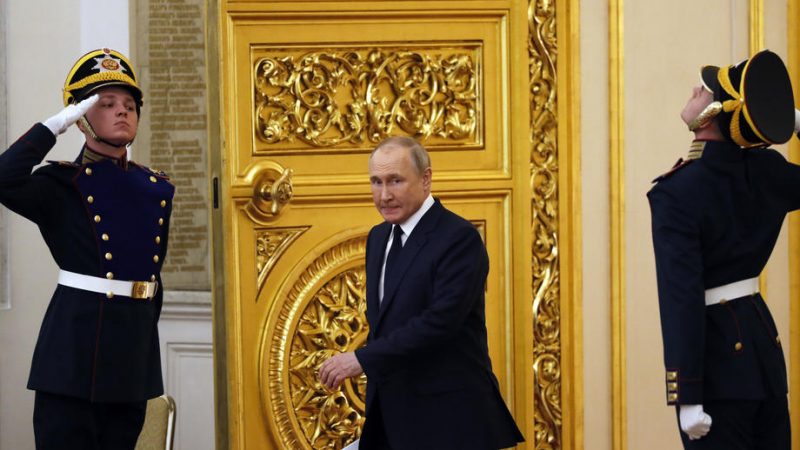 The Russian invasion of Ukraine is so brutal and ruthless because this is where the fate of the so-called “Russian world” is decided, writes Orhan Dragaš.

I received a short letter from a friend from Russia with a request to publish it, hoping that at least part of the world public will hear a Russian voice whose opinion differs from the narrative dictated by the Kremlin. Of course, he can’t publish his views in his country because the danger of reprisal is real. Here is the letter:

“Nowadays, many are wondering what happened to Russia and how to solve it. Let me explain to you that nothing happened to Russia. You are witnessing “normal” Russia. Russia has always been like this and will remain so as long as Russia is Russia.

What today’s Russia does in Ukraine is the same as what Soviet Russia did in Finland. Russia was and still is an occupier.

Russia attacked Ukraine dominantly because Russia needed to exercise the Russian world narrative. The current Russian doctrine perceives Ukraine as a breakaway region that must remain under Russian control. If Ukraine succeeds in escaping Russian dominance, other regions and republics like Kazan and North Caucasus might try the same.

The global community must understand that ongoing madness and aggression will only grow if Russia succeeds in Ukraine. Russia will not stop. Russia can only be stopped.

The West must stop Russia in Ukraine, and the West must disintegrate Russia, so that Russia will not attack ever again.”

The author of this letter, my friend Sergei, is swimming against the current, and his views on Russia are completely different from the opinions of the vast majority of his compatriots. More than 80% of them support Putin’s aggression against Ukraine and their army’s crimes against the Ukrainian people. But that does not make Sergei a lesser patriot, on the contrary. He is just a free man, unlike most.

Erich Fromm described Sergei’s compatriots in Escape from Freedom, long before the Russian invasion of Ukraine, back in 1941. But Russian society then, as now, fits into his triptych. Russians are persistently fleeing freedom in two of Fromm’s three sanctuaries – authoritarianism and destructiveness, while the third – conformity, has remained reserved for liberal societies.

No generation of Russians has had the opportunity to live in a free society; therefore, they did not have the opportunity to face freedom, as Fromm experienced it. Simply, in Russia, people did not want to have freedom of choice; they let someone else do it for them.

Russia has always looked at Ukraine from above, it considered it second-class because, throughout history, it has shown a desire to be free. Throughout its history, Ukraine has resisted and fought against Russian influence, sometimes, it succeeded, sometimes it did not. But it did not give up that fight, just as Russia did not give up its efforts to prevent it from “conquering freedom”.

In recent times both Russia and Ukraine sought their way out of the Soviet legacy. Regardless of common diseases – corruption, enrichment of transitional robbers, criminal privatisation, Ukraine had more or less real elections, real candidates, real media and real public. This was a dangerous example for Putin and a real political threat, which could escalate into an epidemic among other post-Soviet states.

That is why he interpreted every change of government in Kyiv, which he himself did not sponsor, as Western meddling and an anti-Russian project.

In the post-Soviet space, those who sympathise with Ukraine are very rare, and even rarer are those who dare support its fight against the Russian invasion.

Moldova, for example, recognised well on the first day of the aggression against Ukraine that it was next in line. Its pro-European government supports the Ukrainian resistance and seeks the support of Europe and the West, knowing that the conqueror will not stop at its borders.

He already has almost 10,000 soldiers in Transnistria, both domestic “five-columnists” and his colonial troops. Georgia is divided over the war in Ukraine, and Kazakhstan is showing timid signs of resistance to Russia by not celebrating Victory Day on 9 May.

Everyone else in the post-Soviet space is silent. They suffer from the Stockholm syndrome because neither they nor the Russians in Russia have ever had contact with true freedom. As in Russia, both their societies and elites are formatted by the narrative that anyone who dares to “betray” the common past, who dares to imagine life outside the rules set by Moscow, will be punished.

The example of Ukraine will best show what happens to anyone who dares to step out of this circle that has existed for centuries. And that is why the Russian invasion of Ukraine is so brutal and ruthless because this is where the fate of the so-called “Russian world” is decided.

It is not surprising that the greatest support for this malicious project comes from Russia itself. Resistance to freedom is woven into the Russian social being. With the Ukrainian invasion, it was raised to the level of a liberation mission whose goal is unity in obedience. History teaches such delusion can only result in war crimes and the eternal shame of those who allowed it.

Putin’s Russia will not be able to avoid such a fate.