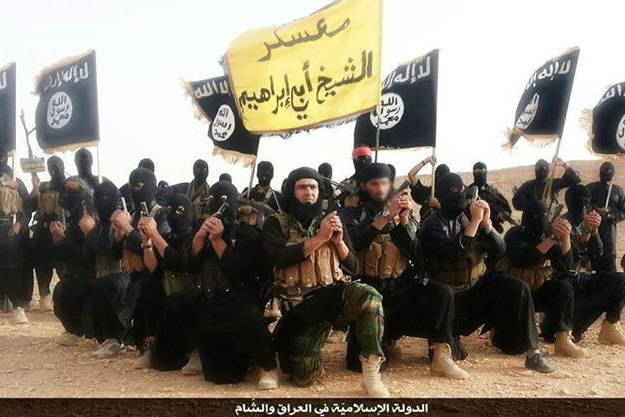 Europe’s moderate Muslim allies – Turkey and Azerbaijan – might be the key to the fight against terrorism, writes Joshua Noonan.

Joshua Noonan is an independent analyst and frequent commentator on Turkish and post-Soviet issues. He is a graduate of the Johns Hopkins University’s School of Advanced International Studies in Washington, D.C.

The Islamic State of Iraq and Greater Syria, which we all know as ISIS, has gained alarming momentum in the past year.

The movement’s efforts to establish a globally recognised Islamic caliphate generate daily headlines for all the wrong reasons — kidnappings, gruesome murders, seizures of cities and refineries and a surge in recruits.

ISIS now controls or contests an area the size of Maine in northern Iraq and eastern Syria.

Europe and the United States thus needs to develop a comprehensive strategy to deal with the threat by working closer with moderate Muslim allies like Turkey and Azerbaijan, as well as the Gulf States and Arab monarchies, while back-channeling with Iran and Syria to ensure that Islamist threats are quashed without stoking conflicts between mainline Sunnis and Shias.

Inside their own borders, non-Arab leaders must also devise a strategy to counter ISIS’s ability to continue recruiting young followers from Europe, North America and Southeast Asia.

ISIS has heavily preyed on the discontent of Muslims in the West, Russia and the Arab world in recent years. With some young Muslims feeling discriminated against and marginalized, an estimated 3,000 have already traveled to Syria and Iraq to fight alongside ISIS.

One way forward on the international front is to forge stronger ties with Turkey and Azerbaijan.

Although Turkey has long shared a Western outlook, it has been subjected to criticism as of late due to President Erdogan’s combative tone toward Western values and the crackdown on protesters in Gezi Park in 2014. Veiled anti-Semitic statements concerning the “interest rate lobby” have also lost him love. At the same time, many say the West has belittled Turkey’s contributions to the world and the fight against international terrorism.

Nevertheless, earlier this month after much hesitation, Turkey announced an important contribution to the campaign against ISIS. It is essential for Europe and the United States to ensure such actions are rewarded appropriately.

One of Turkey’s close partners, Azerbaijan, can also help the West deal with the ISIS threat.  The country’s primary contribution to the US campaign against international terrorism was through the provision of flyover rights to coalition forces traveling to Afghanistan.

It has also spearheaded projects with Western oil majors such as the Baku-Tbilisi-Ceyhan oil pipeline and Trans-Anatolian Natural Gas Pipeline, which are aimed at providing alternative sources of energy to Europe to reduce the continent’s dependence on Russia.

Yet much like Turkey, Azerbaijan has recently faced harsh criticism for failing to adhere to Western values, although some experts view these lapses as the growing pains of a still young state.

European and US leaders should take a more even-handed stance toward Turkey and Azerbaijan. Naturally, a frank discussion of shared values and goals should be exchanged and the preservation of human rights stressed. But as these values are indeed shared, a long-term perspective must be taken, advancing engagement and integration as energy and security interests are furthered.

The EU and United States must show goodwill toward Turkey while signaling the advantages of mutually beneficial cooperation to Azerbaijan as Turkish leaders assist in fighting ISIS. One way to do this is for the EU to advance Turkey’s membership negotiations. Northern Cyprus remains a critical issue. Nevertheless, many Turks are frustrated with Europe’s apparent discrimination against Muslims who adhere to its values of secularism, human rights and market democracy.

This would prove that Western leaders want more than just military cooperation in the fight against international terrorism and really do view these states as desired partners, despite their occasional roughness around the edges. After the recent attack supposedly committed by ISIS against foreigners in a Tunisian museum, the need for cooperation is greater now than ever.

Europe and North America have already lost a number of opportunities to increase their political and socioeconomic integration with reliable, moderate Muslim states like Turkey and Azerbaijan. Neither should waste any more such chances. If they do, they will set a negative precedent for aspiring partners, and could end up without needed support when facing future enemy threats.

ISIS can be defeated, but the road will be difficult and complex. And all the more so if travelled alone.

It’s time for Europe and United States to push forward with strategic partnerships in the region.