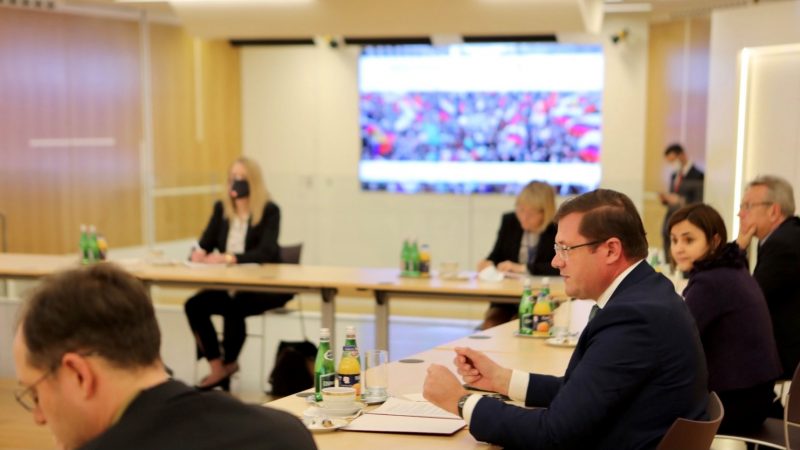 The arguments Poland raised prior to High Representative Josep Borrell’s visit to Moscow were disregarded, and now conclusions should be drawn from this. First of all, it is necessary to strengthen the best practice of consulting and formulating our Eastern European policy within the EU27, writes Andrzej Sadoś.

The EU sanctions announced today under the horizontal regime were obvious to us even before the visit took place. We will continue to strive for their rapid implementation in response to the sentencing of Alexei Navalny.

The visit further revealed the truth about the Russian Federation’s attitude, which so far has been consistently neglected by the EU institutions. Russian authorities aim to discredit and disintegrate our Union as well as the unity of our Western alliances.

Today, the only adequate reaction to the confrontational attitude of Russia can be the discontinuation of the Nord Stream 2 (NS2) investment. This would be a clear and unequivocal consequence of outrageous statements made by the representative of Russian authorities about the EU in general and about the individual member states.

Member states cannot allow themselves to be dependent on a state with an openly hostile policy towards the EU.

Completing the pipeline and allowing Russia to benefit in this way from a deal with an “unreliable partner” would mean allowing the law to be broken, allowing persecutions, corruption and division of Western states.

Reaping the benefits from the NS2 will be a blow to Russia’s civil society and the efforts of A. Navalny, who shed light on what the money from the sale of Russian raw materials is used for. Profits made with the NS2 will strengthen the capacity of Moscow’s repressive apparatus.

Recent weeks saw Russian authorities announce a number of offensive weapons development projects. The policy of militarization at the expense of the country’s social development clearly shows Russia’s intentions and reviles the perception of its role in international relations. The implementation of these dangerous plans will be possible thanks to financing from the NS2.

In view of the results of the visit to Moscow, the defence of the NS2 appears to be anti-European and anti-transatlantic rhetoric. We call for an end to the disinformation campaign within the EU about this particular gas pipeline project from Russia.

We note with dissatisfaction the lack of reaction to Russian actions that undermine EU’s cohesion. We are against ignoring the voice of states which security is directly affected by the military, energy, disinformation and historical policies of the Russian Federation.

We witnessed the disregard for this voice prior to the visit to Moscow. It can also be seen in a number of other issues, mainly those related to the consequences of insisting on completing the NS2.

Abandoning the construction of this project may also be a positive signal for our key ally, who is an open opponent of the construction of the NS2. The same ally who was so unfortunately criticized in Moscow. The strong transatlantic relations should by far outweigh the immediate, short-lived economic interests of selected European states.