Abraham Accords: Time to rethink role of EU in the Middle East 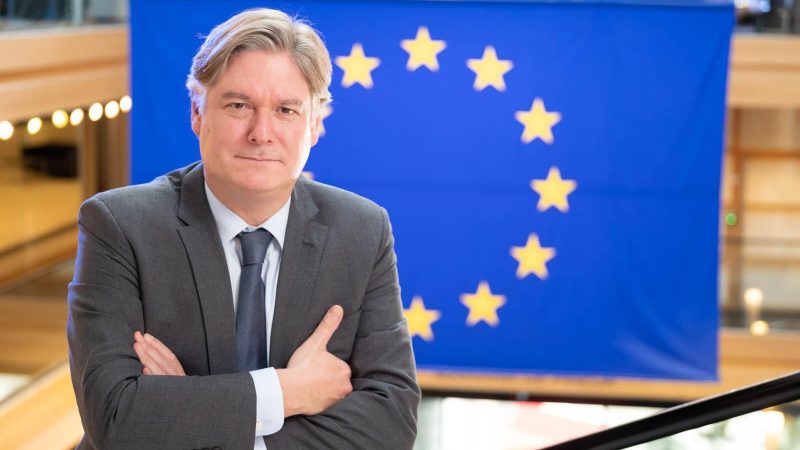 "What we have witnessed in the past months is nothing short of swift. It took less than 72 days for the official isolation of Israel by the Arab world to become outdated." [Photo by Antonio López-Istúriz White]

Symbolism is a powerful tool in international diplomacy. The recently signed Abraham Accords, under the auspices of the United States, represent a historic “declaration of peace” between Israel, the United Arab Emirates and hails its symbolic name after the patriarch of three major Abrahamic religions of the world, writes Antonio López-Istúriz White.

Antonio López-Istúriz White is an EU lawmaker for the group of the European People’s Party and Chair of the European Parliament Delegation for relations with Israel. He is also the Secretary-General of the EPP.

Observers of Middle Eastern politics have long criticized the slow pace of any kind of diplomatic efforts and tangible results. Yet, what we have witnessed in the past months is nothing short of swift. It took less than 72 days for the official isolation of Israel by the Arab world to become outdated.

In the near future, Israeli tourists, airliners and investments, will be increasing throughout the Arabian Peninsula, to the benefit of all countries involved.

The immediate effects are not just economic. They can also be seen in the subsequent burst of diplomacy and negotiations across the region. Israel and the Palestinian Authority have recently renewed their security and civil ties after a six-month hiatus. Moreover, Israel and Lebanon are also discussing their maritime borders and possible offshore energy exploration.

For those of us who have known the region for years, and have worked to improve security, stability and prosperity in a historically turbulent neighbourhood, these accords institutionalise deep changes that were already under works for years.

Just three decades ago, Arab and Israeli leaders who dared to conceive of a peaceful and amicable relationship between them, paid for it with their lives.  The days of unequivocal rejection of Israel’s right to exist now seem gone. On the contrary, Arab leaders are praising this round of normalization with Israel.

It is undeniable that this paradigm shift before us is of momentous nature, and should be celebrated as such. A new generation in the region is looking at the future and leaving anachronistic ideas and outdated perceptions where they belong: in the past.

Young Emiratis, Bahrainis, Sudanese and Moroccans do not share the animosity of the previous generations towards Israel, nor do they care to blindly follow policies that perpetually kept the Middle East Peace Process at a stalemate.

Further proof of this is the expression of interest from countries in the Muslim world to continue striking bilateral arrangements with Israel. There is talk that countries that already maintain a strong yet unofficial connection to Israel, like Oman, are likely to follow suit.

Credit should also be given to the outgoing US administration, which facilitated, leveraged and encouraged these agreements. While many criticised the “Trump peace plan” back in January, before it was even announced, skilful American diplomacy was able to build upon it in order to achieve these remarkable developments.

All these factors have played a crucial role in bringing about this historic agreement. However, a core driver was also an issue that Europeans need to pay closer attention to:  the destabilizing actions of Iran. Indeed, proof of the importance of the agreements is that Iran and its proxies, including Hezbollah, were the ones to reject them.

Too long have the proponents of peace in the Middle East sat by and watched as Iran sabotaged any prospect of stability through its network of terrorist groups. These agreements should serve as a wakeup call for all those who only pay lip service to stability in the Middle East while letting Iran and its proxies reign free.

This is just a first step, but a powerful one. In the aftermaths of these normalization agreements, it is of utmost importance that we rethink the role of the European Union in the Middle East.

The complacent, slow and misguided soft-touch diplomacy of the European External Action Service has had close to no effect. The EU and its biggest member states seem to have played a minor role in bringing about these developments.

Yet, I truly believe that we now have a window of opportunity. As the region is changing, so are the relationships that supported the previous status quo.

The deck of cards has been re-shuffled, and the European Union has to make sure it holds a seat at the table. We are a close and indispensable ally of Israel, while at the same time being the biggest provider of external assistance to the Palestinians and overall a diplomatic and economic heavyweight in the Arab world.

It is high time we realise we have the ability and we can muster up the political courage and will to use our leverage for positive change, and not to maintain the status quo or engage in pointless conversations.

Indeed, during the summer, the High Representative Josep Borrell, and much of the European Parliament, spent too much time talking and condemning the idea of a possible annexation by Israel instead of conducting fruitful diplomacy.

The European Union can and should be seen by all parts as an active and consistent interlocutor and mediator. In this context, and as Chair of the European Parliament Delegation for the relations with Israel, I invited in September both Israel and United Arab Emirates Ambassadors to an official meeting in the European Parliament where we discussed the Abraham Accord and the way forward.

As we collectively try to shift this Union towards a geopolitical force, we have to shift our thinking and forge long-lasting links that are not at the mercy of changing governments and political winds.