An Armenian tragedy: The geopolitics of terminology 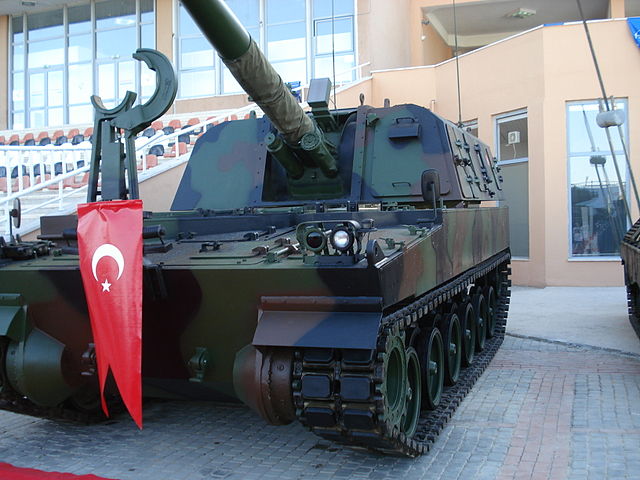 More worries for Moscow: The Turkish-manufactured Firtina self-propelled howitzer, a varient of the Korean K9. [KIZILSUNGUR/Wikimedia]

The commemoration of the 100th anniversary of the Armenian genocides reveals a Russia looking at US ally Turkey with ever-growing suspicion, writes Stratfor, the Texas-based global intelligence company.

The United States is not about to be weighed down by the historical baggage of the Caucasus. To Turkey’s pleasure and Armenia’s regret, U.S. President Barack Obama will not utter the word “genocide” on April 24 when he commemorates the 100th anniversary of a massacre of 1.5 million Armenians at the hands of Ottoman Turks. Obama is not the Pope; he is the president of the United States, and the global hegemon appears to be in tune with its geopolitical instinct.

A great deal of diplomatic energy has been exchanged between Washington and the Turkish and Armenian lobbies in recent weeks. Not only have decisions had to be made about what word to use to describe the historical event, but there are also questions about the level of official that should attend the Armenian commemoration versus the Turkish commemoration for the Battle of Gallipoli. Putting aside the diplomatic motions, the choice is quite simple for the United States: Either Washington can throw its support behind a tiny landlocked satellite of Russia with negligible strategic value, or it can use the opportunity to deepen its relationship with a country that has the potential to influence two highly active geopolitical arenas, namely, the Russian periphery and the Middle East.

Turkey is already showing signs of wanting to be more active in its region. While Saudi Arabia is trying to band together the Gulf Cooperation Council countries as a military force with a common political purpose — to contain Iran, which is on the way to rehabilitating itself through a deal with the United States — Turkey is naturally feeling the urge to establish its own leadership credentials. Washington will encourage this evolution as it places more responsibility in the hands of local powers to manage problems such as the Islamic State.

Turkey is also looking out toward the Black Sea when it comes to recalibrating its foreign policy. Over the past few months, Turkey has increased its engagement with European countries on the front lines with Russia, including Poland, Lithuania and Romania, the leaders of a U.S.-backed European coalition. On Thursday, in a policy speech to parliament, the Polish foreign minister mentioned Turkey three times in articulating his country’s foreign policy, describing a “duty which involves listening to the voice of history and not turning one’s back on nations — like Turkey, Ukraine, Georgia or Moldova — that are prepared to follow the European development.” Warsaw’s grouping of Turkey with these borderland countries is notable as we track growing efforts by Washington and its European allies to bring Turkey more into the Western fold.

Russian President Vladimir Putin seems to be well aware of the shifting tide in Turkey. After Putin’s spokesman wavered for weeks over whether the Russian president would attend the ceremony in Yerevan, accept Turkey’s invitation to attend the Gallipoli commemoration or avoid the political controversy altogether by staying home, it was recently confirmed that Putin would indeed join George Clooney on the red carpet in Yerevan. Putin still went out of his way to call Turkish President Recep Tayyip Erdogan ahead of his trip to Yerevan to reassure him of the strength of their relationship, but the growing tension between Turkey and Russia will become increasingly difficult for both sides to paper over. Turkish-Russian energy negotiations over natural gas pricing and Russia’s Turkish Stream project are already encountering obstacles. And with Turkey starting to become more active in Russia’s European periphery and the United States strongly nudging Ankara from behind, Moscow should be eyeing Turkey with suspicion.