Beyond blacklists: Evolving the EU and Cayman Islands relationship 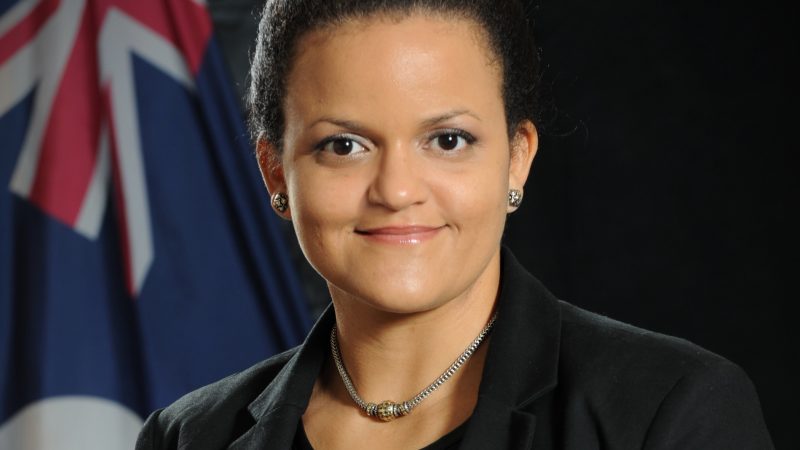 In December 2017, the European Council launched its list of non-cooperative jurisdictions for tax purposes, an unprecedented move by the EU to improve international tax transparency and tackle abusive tax policies. Non-EU jurisdictions which the EU considered to have deficiencies in their tax legislation were asked to improve them.

The Cayman Islands participated in the EU’s initiative and following discussions, agreed to modify our regulatory framework for economic substance and later funds as requested by the EU, demonstrating our ongoing commitment to tax transparency and good governance as we have done for many decades. In fact, since 2018, Cayman has adopted 19 legislative and regulatory changes in line with the EU’s criteria.

Because of our local professional expertise, political stability, experienced judiciary and respect for the rule of law, the Cayman Islands is a dominant player in the investment funds industry. Following consultation in which both the Cayman Islands and the EU Commission gained better appreciation for our respective regimes, the Cayman Islands made certain enhancements to our funds framework. The most prominent changes include that all Cayman Islands-based investment funds are now required to be registered, valued independently, and have their accounts audited annually by a recognised auditor. Funds are also now required to have their cash flows monitored by an independent third party, and to make additional arrangements for safekeeping fund assets.

As a result of implementing our new legislative rules, which codify best practice, the Cayman Islands was rightly removed from the EU’s blacklist in October 2020. Commercially, the new rules have increased the competitiveness of our funds industry and reinforced investors’ confidence in the jurisdiction.

Prior to our funds regime modifications, in 2018 the Cayman Islands enacted an economic substance framework as requested by the EU. The framework is based upon the economic substance standard set by the OECD’s Forum on Harmful Tax Practices which, in 2019, assessed Cayman’s regime as “not harmful,” its highest ranking possible.

The Cayman Islands Government, of which I am a member, supports further international cooperation on tax matters, grounded in mutual respect for sovereign tax policies and local democratic processes. As we have keenly listened during multilateral and bilateral discussions on taxation, we look forward to greater understanding regarding our tax policies and system, and how it poses no threat to fair taxation, as confirmed in 2019 by the OECD.

The Cayman Islands imposes no corporate and income taxes, nor do we have any double tax treaties which facilitate the choice of tax domicile and the minimisation of taxes owed and payable by the use of stated versus effective rates. We do, however, levy taxes on a consumption basis, similar to the EU’s VAT tax system, and our taxes equate to about 25% of our GDP. Therefore, the Cayman Islands is not “tax free” nor a “zero tax jurisdiction,” and our system of taxation raises roughly the equivalent as those of many OECD countries.

Cayman considers these discussions as central to our decades-long commitment to participating in initiatives that foster mutual understanding, and strengthen international regulatory standards. We look forward to collaborating with our counterparts in the EU and its Member States on global taxation reforms that are currently being developed at the OECD level.

Beneficial ownership (BO) is another issue that features high on Government’s agenda, as an important tool in the ongoing fight against international financial crime. On this point, for more than 15 years, the Cayman Islands has shared ownership information with international regulatory, enforcement and tax authorities in line with international standards and commitments to combat money laundering, tax evasion and terrorist financing. Additionally, since it was first enacted in July 2017, we have continued to strengthen the Cayman Islands’ centralised beneficial ownership register. This includes legislative amendments that increased penalties for non-compliance by the companies, which may lead to them being struck off the Companies Register. Corporate services providers now have increased powers to pursue non-compliant clients, and to report to the BO competent authority about the steps they’ve taken. And we have significantly increased fines for breaches of our beneficial ownership reporting rules.

More importantly, we are working toward introducing a public register of beneficial ownership of companies domiciled in the Cayman Islands as this becomes the global standard.

To promote a level playing field and minimise regulatory arbitrage, it is essential that all jurisdictions with sophisticated financial services industries, both inside and outside the EU, follow suit. A common approach in the design and maintenance of these BO initiatives is a prerequisite for their success. There really needs to be global agreement on how BO standards are developed, applied, monitored and reported upon.

In addition to our ongoing dialogue about how best to combat financial crime, I sincerely hope that future dialogue between the Cayman Islands and the EU includes opportunities to discuss broader topics of mutual interest.

The Cayman Islands is a prime hub for institutional investors, like pension and insurance funds; and our financial industry has strong expertise in environmental, social and governance (ESG) investments. We are therefore in a strong position to contribute to the EU’s sustainable finance initiative, and to help facilitate private investment into the EU’s green economy. Such investment generates additional economic activity, jobs and tax revenue for EU Member States.

It’s positive that we have already begun the process of fruitful cooperation with EU stakeholders. We look forward to building on that relationship and working with the EU on these, and other, forward-looking initiatives.