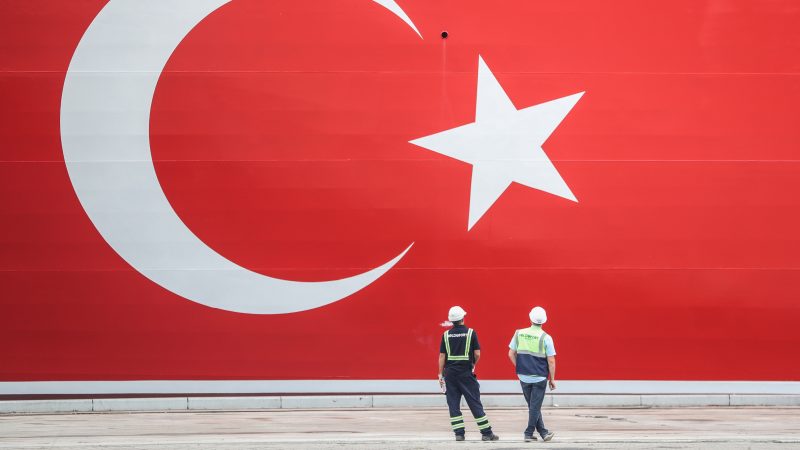 The purpose of the Blue Homeland strategy is that Turkey should dominate the Mediterranean and reclaim the mercantile and maritime power once held by the Ottomans, writes Antonia Colibasanu.

As Turkey’s dreams of joining the European Union have faded, Ankara has shifted its strategy toward the West. Nowhere is this more evident than in the Eastern Mediterranean. Turkish President Recep Tayyip Erdoğan’s latest moves – a visit to the Turkish Republic of Northern Cyprus and the announcement of a resumption of Turkish energy exploration in the area – are meant to show that he will continue to pursue his neo-Ottoman “Mavi Vatan” (Blue Homeland) doctrine.

Whether development of any large finds in the Eastern Mediterranean would be viable in the current climate is questionable, but Turkey needs to deter conventional threats along its coastline, and under the circumstances, energy exploration may be the best excuse. At the same time, Erdoğan may use the potential for a new crisis in the Eastern Mediterranean to distract Turks from economic problems at home that threaten to destabilise his rule.

Erdoğan’s trip to Northern Cyprus came just three days after Turkey’s UN envoy spoke with the UN secretary-general about Greece’s “continuous flagrant violations” of international law in the Aegean and Mediterranean. Contravening the 1923 Lausanne Treaty, the envoy said, Athens has militarised islands near Turkey that are supposed to remain demilitarised.

Ultimately, Turkey wants to amend or cancel the treaty, which gave Greece sovereignty over the islands close to Turkey’s coast, including the right to explore for and extract natural resources from the sea, thus denying Turkey a significant exclusive economic zone.

While the opening of Varosha and the statements about a two-state solution for Cyprus made headlines, it is important to note that ahead of the visit Erdoğan also said Turkey will continue energy exploration in the Eastern Mediterranean. This declaration seems to undercut prior declarations promising no further provocations.

It was the discovery of energy resources that revived long-standing disputes between Turkey and Greece. In 2019 and 2020, tensions between Ankara and Athens flared as Turkey sent seismic research ships to waters contested by Greece and the Republic of Cyprus, intervened in Libya’s civil war and signed a maritime delimitation agreement with Tripoli.

In fact, the early 21st century finds the region in a completely different reality than that of a few decades ago. The re-emergence of the Russian threat, an increasingly aggressive Iran, the weakening of the EU due to its socio-economic problems, and the growing anti-Turkish coalition in the Middle East have forced Ankara to rethink its position in the region. Moreover, the country’s economic problems – predating the pandemic but increasing in complexity since it hit – have added to the government’s list of problems.

Relations between the two countries have slowly deteriorated since Turkey realised EU accession was no longer viable. A divided Cyprus joined the EU in 2004, while Turkey has managed to close only one negotiating chapter out of 35. Turkey hasn’t formally renounced its desire to join the bloc, but its efforts have shifted toward updating the EU-Turkey customs union and visa liberalization.

The socio-economic crisis in Europe, coupled with the refugee crisis, made Ankara change its relationship with Brussels. Considering one of the main migration routes from the Middle East passes through the Aegean, Turkey and the European Union (and notably Greece, as the first receiving country) have had to cooperate on managing the flow of migrants. When Turkey highlights Greece’s militarisation of islands, much of it has to do with the placement of security personnel to ensure that migrant flows are well-managed and locals are exposed to minimal risks.

At the same time, Turkey has tried to establish itself as a key transit country within Europe’s southern gas supply corridor through its involvement in the TANAP and TurkStream pipelines, which move gas from the Caucasus and Russia, respectively. When energy discoveries were made in the Eastern Mediterranean, Turkish aspirations to become a regional energy hub grew further – even as hopes for better relations between Turkey, Cyprus and Greece diminished.

After the failure of the last round of negotiations on Cyprus’ fate in 2017, the Republic of Cyprus announced the exploitation of its deposits. Turkey denounced the decision as a violation of the rights of Turkish Cypriots and launched its “gunboat policy,” sending warships to prevent this initiative and to conduct its own exploration in disputed areas.

Turkey, Cyprus and Greece are not alone in the new energy game emerging in the Eastern Mediterranean. The first beneficiary of gas from the region was Israel, which has become an exporter of gas since the discovery in 2010. Egypt joined the club in 2011. The two countries have complex relations with Turkey, something that further complicated the Turkish position in the region, especially since Greece, Cyprus and Israel have moved closer together after the first gas discoveries.

Countries then established exclusive economic zones over the areas in which energy was discovered. This led to the appropriation of certain areas and, consequently, made Turkey feel as though it was being boxed in again – hardly a happy outcome for an aspiring regional power. It thus developed its “Blue Homeland” strategy, whereby Turkey would develop its navy and strengthen its ability to protect Turkish interests overseas.

Under Erdoğan, it has since become synonymous with the designation of maritime areas from which Turkey is said to have been unjustly deprived in its near abroad. Blue Homeland was, for example, the justification for Turkey’s intervention in Libya, which in 2019 resulted in the signing of a bilateral treaty that delineated an EEZ with Libya in the Eastern Mediterranean. Erdoğan hopes to open a corridor between the Greek positions in the Aegean Sea and the gas fields of the Eastern Mediterranean and control the space crossed by a potential underwater gas pipeline that would be built and served by a Greek-Cypriot-Israeli consortium.

The purpose of the Blue Homeland strategy is not just to expand Turkish influence abroad but also to pursue many of Turkey’s domestic and financial interests. Implicit in the concept is the idea that Turkey should dominate the Mediterranean and reclaim the mercantile and maritime power once held by the Ottomans. It argues that Turkey’s geographic position is an asset, not a vulnerability.

Having a strong naval presence in the Mediterranean, particularly the Eastern Mediterranean, would allow Turkey to assert claims to oil and gas reserves in contested waters there. This would in turn help Ankara become an energy hub and achieve energy independence, and the reclamation of prominence is something the ruling party can use to distract voters from the plight of the Turkish economy.