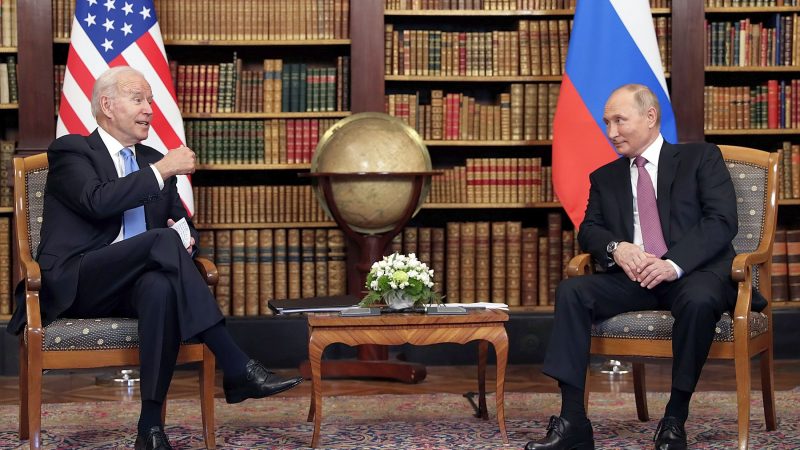 Putin’s Russia is a consistent source of tension among EU countries, but a certain degree of engagement with this country could deliver tangible benefits for the EU on increasingly urgent issues such as climate change, the Arctic, and cybersecurity, writes Nick Lokker.

Nick Lokker is with the Transatlantic Security program at the Center for a New American Security and a Europe fellow with Young Professionals in Foreign Policy.

Intra-EU divisions were on full display this past June, when a Franco-German proposal for a summit with Vladimir Putin met fierce resistance from Poland and the Baltic states.

Rather than walking away all together, EU leaders should emulate Washington’s Russia strategy of balancing engagement with upholding core values, forging a new consensus on the parameters of dialogue ahead of the upcoming European Council meeting in October.

EU divergences on how to approach Russia stem from varying experiences and perceptions;  but Brussels’ Russia policy must find a middle ground between these different views.

The Putin regime’s consistent disregard for core EU values leaves no room for an overly romanticized approach toward Russia. Yet Russia’s proximity and power make it impossible for the European Union to sidestep in addressing pressing challenges such as climate change, the increasing disorder in the Arctic, or cybercrime.

The European Union should therefore engage Russia pragmatically on a narrow set of issues, while remaining clear-eyed about its broader intentions.

US President Joe Biden’s approach to Moscow may serve as a model for the European Union. During the first year of his presidency, he has simultaneously engaged Putin on crucial issues such as cybersecurity and strategic stability while standing firm on U.S. values such as human rights.

A similar approach could thread the needle between Western and Eastern European concerns. Moreover, by working in lockstep with the US, the European Union stands to maximise its negotiating position and therefore its chances of achieving desired outcomes from Moscow.

Climate policy may be the most promising area for EU leaders to engage Russia. After largely ignoring the problem for years, Putin has changed his tone on climate change in recent months, as reflected, for example, in his announcement to curb CO2 emissions by 2050 this past April.

The shift in policy stems in part from external pressures such as the European Union’s new carbon border tax, under which Russia stands to lose €1.1 billion annually. The European Union should use this as leverage in negotiations with the Kremlin, offering to reduce the levy in exchange for joint projects and investments in green technology.

The European Union and Russia can also find common ground on the Arctic. While it is in the interests of all Arctic states—including Russia and EU members Denmark, Finland, and Sweden—to ensure soft security in the region, increasing maritime activity has created new safety concerns in recent years.

The EU should build on previous successes in this area like the ARCSAR project and collaborate with Russia to address deficits in communications infrastructure, which hinders Arctic search and rescue missions. Russia’s current chairmanship of the Arctic Council through 2023 offers a particularly promising window of opportunity for increased soft security cooperation.

Finally, direct lines of communication with the Kremlin must be a component of tackling the increasingly dire problem of cybercrime. As the frequency of malicious attacks on critical EU infrastructure has nearly doubled over the past year, much of the blame may be directed at criminal ‘ransomware gangs’ based in Russia.

Without a crackdown by the Kremlin, these attacks will persist and possibly proliferate. The European Union should make it clear to Putin that if he does not address this problem, there will be consequences such as sanctions on Russia’s largest oil and gas companies, which make up a considerable portion of government revenue.

Given the potential for talks with Russia to help stabilise relations, European Union member states would be well served to form a united negotiating front. This will require a new approach from France and Germany.

First, French and German leaders must buck their tendency to make proposals over the heads of other EU partners. Especially on such a sensitive issue as Russia policy, this approach breeds resentment and undermines prospects for the cohesion that is needed to effectively address Moscow.

Second, they must temper the excessively sanguine elements of their approach to Russia. Engagement should be presented as a calculated effort to gain tangible results in specific domains, rather than dialogue for its own sake.

The European Union must find a middle road between defiance and idealism when it comes to Russia. While there should be no illusions that the Putin regime will adhere to international values and norms of behaviour, this does not preclude cooperation on a narrow set of issues where interests overlap.

By following such a course, the European Union can both advance these interests and assert itself as a strategic actor to be reckoned with on the world stage.