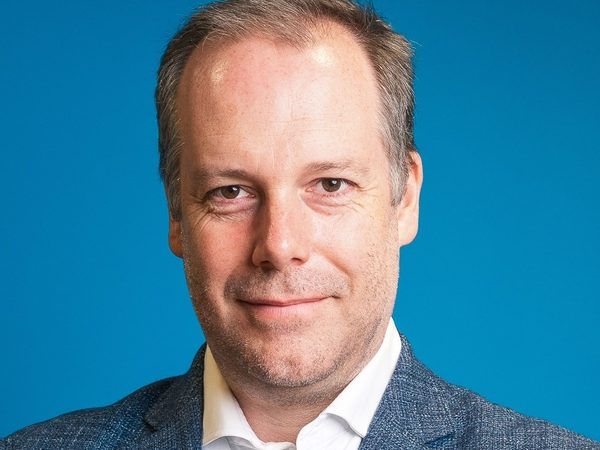 This article is part of our special report Building a fairer labour market.

Every year, thousands of workers are misled and abused in all kinds of shady working deals. In most cases, these workers are not recruited by a regular construction company but by a so-called intermediary company. A lucrative business model in the internal market. This has to stop and that is why, the EU should ban intermediaries in the context of posting.

When Ivan (not his real name) agreed to leave his homeland Bulgaria to work in Germany as a posted worker via a temporary work agency, he was happy to have a job. He never would have guessed that this job would bring him into problems with social security and that his case would end up in the European Court of Justice. Ivan is not alone. Every year, thousands of workers are misled and abused in all kinds of shady working deals. In most cases, these workers are not recruited by a regular construction company but by a so-called intermediary company. A lucrative business model in the internal market. This has to stop and that is why the EU should ban intermediaries in the context of posting.

Tom Deleu is the General Secretary of EFBWW.

Precarisation in the construction industry is spreading. There is an increasing number of posted workers and temporary agency workers to whom the fundamental principle of “equal pay for equal work” does not apply. For many posted workers the so-called coordination of social security systems proves to be fiction.

Intermediaries play a key role. On many occasions – too many in our view – we see that temporary employment agencies (TEAs) are involved. Numerous times, TEAs seek easy profit, benefit from loopholes in the social security legislation and post workers to countries where these agencies do not have relevant activities. In the worst-case scenario, workers are left alone with no social security protection.

Enabling posting through this abusive business model does not promote free circulation of workers. It encourages cross-border fraud and fosters social insecurity.

The organisation of posting via intermediaries, such as temporary work agencies, should be banned by the European Commission (EC). In the European Pillar of Social Rights (EPSR), the EU signals and recognises the problem with TEAs, saying that “evidence is being gathered on the use of temporary agency work, in particular in the context of cross-border work. This will provide the basis for the Commission to assess the need for legislative or other action at EU level, notably a possible revision of the Temporary Agency Work Directive”. The EPSR cannot be just talk, the EU can no longer ignore this problem. It is time for the European institutions to take action, protect its citizens and foster direct and stable jobs for everyone.

It is in this context that we must look at the emblematic case of the temporary employment agency, Team Power Europe. A Bulgarian worker (let’s call him Ivan) has been placed temporarily with a German employer by Team Power Europe (established in Bulgaria). Since there were no substantial activities in Bulgaria, the Bulgarian authorities refused to consider that Ivan was subject to Bulgarian legislation during the period of assignment.

To clarify this issue, the Bulgarian court asked the European Court of Justice (CJEU) to interpret the applicable legislation. On 10 December 2020, the CJEU Advocate General issued his opinion. The Advocate General considers that it is not necessary that a substantial part of a company’s employee placement activity be performed in the same Member State where it is established, to consider this Member State as the place where it normally carries out its activities. In practice, this would mean that the company can develop its activities under the Bulgarian social security law – known to be more lucrative to posting companies.

We strongly disagree with this opinion. This is not the way. If CJEU follows the arguments of Advocate General, it will be promoting social dumping – contrary to the European Union values and principles. It means that TEAs can be established in any low-social security Member State for the sole purpose of hiring out and posting workers to high-social security MS, and that workers remain subject to the social security legislation of the sending MS for up to 24 months.

We have to stop social dumping! We cannot leave these workers behind.

The EFBWW calls upon the European legislators to use the current revision of the Regulation on the coordination on social security systems in Europe to combat letterbox companies posting workers across Europe using the lowest standards. The vague concept of „substantial activity” should be better defined. Rules need to make clear that substantial activity shall inter alia be measured by the working time of workers at the place of work. This general rule shall also apply to TEAs. If there is no or hardly any activity of the TEA in the country where the company is registered, the social security legislation of the receiving countries shall apply when posting workers.

The EFBWW demands the CJEU to carefully look at this case and take a decision in line with the social model the EU is propagating. The EFBWW calls on the European legislators for a total ban on posting through temporary work agencies and other intermediaries. The time is right!