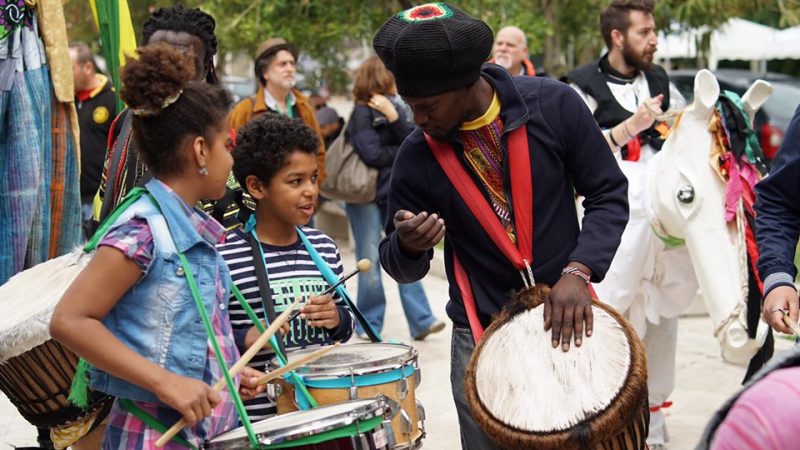 The Sabir Festival took place from the 16th to the 18th of May in Lecce, Italy. The Festival brought together different Civil Society Organisations from Italy and abroad for a 3 days filled with meetings where participants discussed and shared good practices on how to better organise the reception and integration of migrants and refugees.

Francesca Chiavacci is President of ARCI.

A few days ahead of the surge of Salvini’s party, Sabir and its organisers represent the flipside of Italian social movements, who want bridges where nationalists want walls. Five years after its first edition, Sabir has become a solid reference and a place to be for all those who have the experience-based knowledge that solidarity-based approaches have delivered the best solutions to the most demanding situations and want to further enlarge their cooperation and peer-learning on migration issues. The Civil Society Organisations that gathered in Lecce have been having a simple demand – to see common sense taking over the political agenda and adopt humanitarian solutions for a humanitarian crisis.

The timing of the Festival could not be more relevant. A few days away from the European elections, the co-organisers stepped up their efforts to draw the attention onto the solutions that CSOs implemented in the Mediterranean to solve European issues and nationalistic reluctances. Their concern is based on the EU’s lack of action, especially as for solidarity-based mechanisms to receive and integrate refugees and migrants crossing the Mediterranean. Concerns stem from the foreseeable future too. The surge of far-right extremism and populism across Europe is a threat for any CSO driven by social inclusion. Nationalists and populists keep attacking CSOs whenever and wherever they can, accusing them be a threat for security when in fact they are the ones succeeding in safeguarding human rights whereas European institutions and Member States are failing. The current impasse at the institutional level has already endangered tens of thousands of individuals’ aspirations to live their life out of war, climate disasters or famine. CSOs are the ones safeguarding their access to fundamental human rights. The nationalistic agendas attacking NGOs that rescue migrants at sea by classifying them as a disguised refoulement (thus criminal) are nothing but an inflammable narrative hampering social inclusion instead of providing solutions.

Among the organisers of Sabir are  ARCI and CGIL, both SOLIDAR members. SOLIDAR launched in the run-up to the EP elections a call for humanitarian solutions as the only way forward to cope with a humanitarian crisis. Rather than being the core challenge of the EU, migrants embody the reason why people are turning towards populism. The EU’s failure at finding shared solutions for common problems – unless it’s about banks – probably reached its peak when the less transparent institution of the EU, the Council, turn down the good report to revise the infamous Dublin Regulation adopted by the most democratic of the EU institutions, the Parliament.

From Sabir voices, ARCI has its convictions rooted in a 30 years-long fight against discriminations. They set up campaigns, run advocacy activities and directly provide support to those in need to help them access and empower them to exercise their rights. All over Italy, ARCI has organized a call center to provide free counseling to asylum seekers and refugees to overcome the lack of information that otherwise they would have encountered. ARCI works to halt the hate speech social plague thanks to comprehensive projects in which monitoring studies and research are combined with educational activities and communications campaign.

The European dimension matters more and more by the day. This is why ARCI is fully involved in European networks of representation such as the one provided by SOLIDAR, together with which it can strengthen advocacy activity necessary to protest against the more and more externalized management of borders control, relying on countries who are violating universal human rights. Lybia, Sudan, Egypt and Turkey shouldn’t be in charge of the future of people trying to cross the European borders while fleeing wars.

The Sabir Festival calls for the Mediterranean to be a space for bridges and not walls. And for the EU to finally take its responsibilities and deliver social inclusion with bold progressive policies rather than coward and short-sighted externalization of responsibilities. The presence at the Festival of a number of representatives of CSOs from both the shores of the Mediterranean and of the international networks – such as SOLIDAR, Migreurop, EuroMedRights, TNI, Attac International and its French branch, European Civic Forum, the Majalat programme – created the vibrant debate that is needed to keep up ambitions for a future of Europe heading towards social justice, democracy and the rule of law, rather than scapegoats and reluctances. The Mediterranean basin is once again in history the labouratory for a real alternative: in politics, society and culture. Patrolling and criminalising migrants proves one thing only: the lack of respect for human dignity and the disregard towards inequalities.