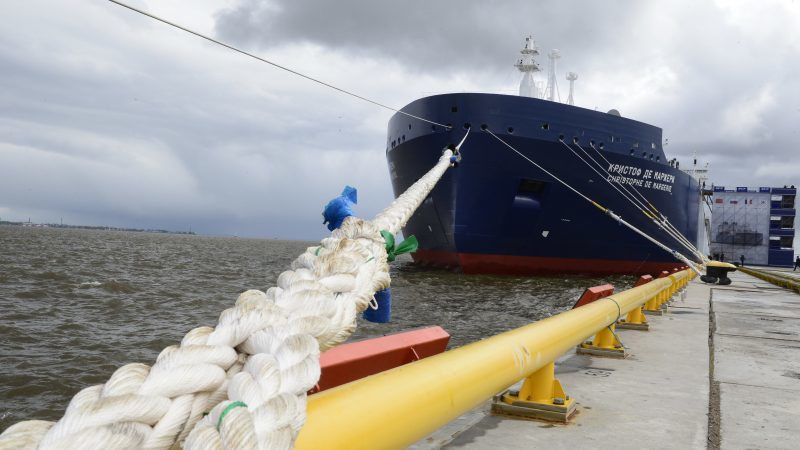 Two LNG cargo ships delivered Russian gas to the United States this year. But why does one of the world’s leading exporters need to import the fuel? Danila Bochkarev looks into the details.

Danila Bochkarev is a senior fellow at the EastWest Institute. The opinions expressed in this article solely reflect the views of the author, not of his organisation.

A tanker filled with liquefied natural gas (LNG) with “Russian DNA” arrived in Boston in early March. This was already the second shipment of so-called “Russian gas” to the United States: earlier this year the “Gaselys” tanker owned by the French energy company Engie delivered Yamal gas molecules from the Isle of Grain LNG terminal in the UK.

The news was something of a surprise for the media, which has almost exclusively portrayed the US as an exporter – not importer – of LNG.

Why does the US – the world’s largest gas producer and net gas exporter – need to import LNG?

Following the “shale revolution” and the surge in natural gas output, imports of LNG to US terminals were reduced to a bare minimum. According to the US Energy Information Administration, US LNG imports barely reached 2.21 billion cubic meters (bcm) in 2017, with most cargos arriving from Trinidad in the Caribbean Basin.

Imported LNG is primarily consumed in New England, where the pipeline infrastructure is not always able to cater to the rising natural gas demand. Low gas prices drove coal-to-gas switching in the Northwestern United States, while the cancellation – for environmental reasons – of the natural gas pipeline project connecting Boston with the gas producing states, has led to a gas deficit during the periods of peak electricity demand.

The winter 2017/2018 was one of the coldest New England has experienced in 100 years. The cold weather bomb made the US northwest the world’s most expensive gas market, with prices occasionally going up to $6,300 per 1,000 cubic meters or 25 times higher than the average market price in Europe.

The highest bidder has attracted LNG: this time France’s Engie brought “Russian molecules” from the UK to its own re-gasification terminal in Boston.

But was that Russian gas? The answer – despite the (potential) physical origin of the molecules – is “no.” This liquefied gas cargo was re-sold to Engie by Malaysia’s Petronas, which originally brought it to the UK from the Arctic, and from the legal point of view, it has nothing to do with its producer, the Russian LNG exporter Novatek.

The arrival of “Russian” LNG cargoes in Boston drew criticism in the US media because the main shareholder of Yamal LNG – the original producer of the gas molecules delivered to Boston – has been under the US sanctions since 2014.

These statements are not correct since the cargo had already changed owner and was thus not affected by any existing Russia-related restrictions by the US and the EU.

The competitive energy markets are both able to deliver safe, secure and affordable energy supplies to the customers and to shape the energy companies’ behaviour. Those who do not want to comply are simply losing their market share and clients.

All the companies are aware of this and are playing by the established rules and rightfully feel surprised when they are discriminated against.

“Why all of a sudden we got to this point where there is good and bad gas… we don’t understand why cargoes now have a DNA attached to them,” Mark Gyetvay, Novatek’s CFO, said in a Bloomberg television interview on 16 March 2018.

In a functioning gas market – which is the case for both the EU and the US – gas delivered by a company playing by the rules (e.g., Engie) – is judged solely by its economic value.

For example, Agnia Grigas in her commentary “A tale of a tanker, Russian gas, sanctions and energy politics” published by Reuters on 24 January 2018 proposed to Washington and the private sector to invest in gas pipeline and storage infrastructure, connecting producing and exporting regions such as the Gulf of Mexico and Appalachia with importing regions such as those of the Northwest in order to mitigate the high natural gas prices faced by New England and to reduce the need to reply on foreign LNG.

This advice, however, is also valid for Europe – you simply must change geographical locations:

“To mitigate the high natural gas prices faced by Germany and to reduce the need to rely on (expensive) foreign LNG, Berlin and the private sector would be wiser to invest in gas pipeline and storage infrastructure, connecting producing and exporting regions such as Yamal Peninsula with importing regions such as those of the Northwestern Europe”.

Similarly, LNG-dominated regions in the EU, such as southern France, are subject to sharp price spikes during cold winter days, while this was not the case for regions with easy access to both LNG and pipeline gas.

Therefore, we should not draw the sweeping conclusions about the benefits of LNG and dangers of pipeline gas, as the energy delivery should only be judged by its economic and environmental value, especially considering that LNG production & transport cycle is more carbon intensive than transport of natural gas by any comparable pipeline.