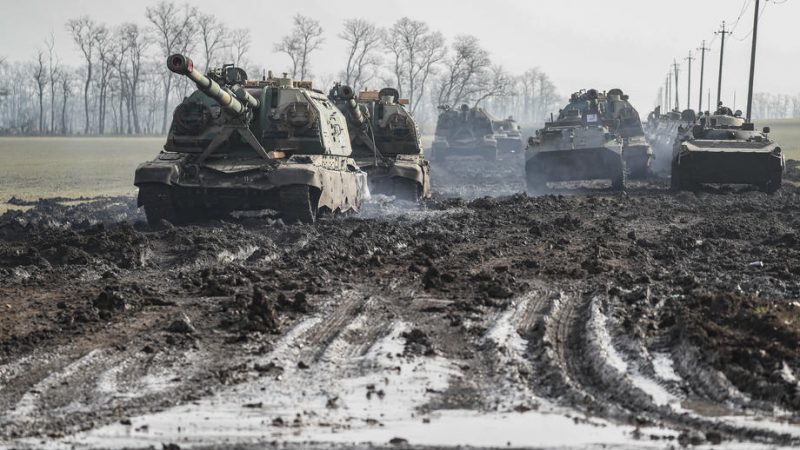 President Vladimir Putin’s actions of military aggression may be giving European unity and the transatlantic alliance a new lease of life. But it comes at the expense of Ukraine and its people and a potentially high economic and political cost for the EU, writes Ricardo Borges de Castro.

Ricardo Borges de Castro is the associate director and head of the Europe in the World Programme at the European Policy Centre.

In the face of the growing Russian threat, will this newfound unity of liberal democracies last? Is the EU drawing the right lessons from the current chapter of the permacrisis? And can the EU brand its own form of hybrid power in response?

By militarily violating the territorial integrity and sovereignty of Ukraine, the Kremlin is upending the global security order that resulted from the end of the Cold War – an order which Putin, a modern-day czar, has resented since getting into power more than two decades ago.

For Putin, the collapse of the Soviet Union and the loss of Russian influence and power were the greatest geopolitical debacles of the 20th century. His mission was – and remains – to reverse this.

In his televised speech on 21 February 2022, and in his subsequent aggressive military actions, one thing stood out: In the long term, Ukraine and its people are not the only ones at stake.

The “liberal idea”, as Mr Putin derides – democracy and open societies – are the main ‘enemy’. And liberal democracy could well become a casualty of Russian military aggression if Europe and its allies are not willing to respond to that threat with new resolve.

What is more, if his moves are not matched at every step or go unchecked, like-minded countries could be tempted to also test the determination of liberal democracies to stand up against illiberal and authoritarian challenges.

A united and swift response – (so far)

Putin’s military threats and aggression, acquiesced by Beijing, brought Europeans, Americans and like-minded partners such as the UK, Canada, Japan and Australia closer together, renewed NATO’s strategic purpose, and pushed the EU and its member states to be more cohesive and united in their response to the Kremlin’s threat.

But how long will this liberal unity last? Judging from the past, it could be short-lived if the right lessons are not drawn.

For the moment, the message of a serious threat to Europe’s security and liberal democracies seems to be resonating among transatlantic leaders, even if the likes of Hungary’s Órban show sympathy for the Kremlin’s claims.

The swift reactions on both sides of the Atlantic to impose coordinated sanctions on the Russian regime for recognising the independence of Ukraine’s separatist regions of Donetsk and Luhansk and launching an unprovoked military attack on Ukraine, show that democracy and freedom are taking the lead now. The quick freezing of the infamous Nord Stream 2 pipeline is symbolic of how far Germany and, by association, the EU are willing to go. They seem ready to accept significant economic pain if Putin does not back down. In fact, a failure to accept pain now, may well mean even more hardship in the future.

The Kremlin has been using its hybrid threat toolbox, tried and tested in other so-called ‘frozen conflicts’, like a switch to extract concessions, distort reality and sow instability in Europe’s vicinity.

By now, it should be clear that Mr Putin is a geopolitical bully and will not stop unless checked by a significant counterforce. Weakness and division will allow him the leeway he wants to accomplish his mission of restoring Russia’s great power status, leaving destruction in its wake.

This crisis is a watershed moment for Europe and comes at a juncture when the EU and its member states are still ambivalent about building up their strategic autonomy.

Now, even more than before, the calls for autonomous security and defence capabilities at the European level will become simultaneously more salient, but also potentially (and legitimately) more contested from the countries closer to the Russian threat and fearful of an American exodus from Europe, as the US focuses on its new main rival: China.

The reality is that only the US and NATO can guarantee Europe’s territorial defence and deter Russia militarily if it were to come to that too. However, Russia’s threat is multifaceted and multidirectional (e.g. Syria, Mali, Libya, the weaponisation of refugees, election interference, disinformation, energy dependency).

Put together, and in coordination with the transatlantic allies, the EU’s response to Russia so far amounts to the use of hybrid power: combining sectors, from finance, trade and energy to anti-disinformation or financial and diplomatic support to Ukraine. Using hybrid power should allow the EU to calibrate its response according to the threat it faces – provided, of course, that it has the means and the political will to do so.

The expected adoption of the Strategic Compass for the bloc’s security and defence will be an additional piece of the EU’s hybrid power puzzle.

The Compass is not about building a fully-fledged ‘European army’, but rather about laying the groundwork for a more autonomous European defence stance in the longer term; a step that Washington now supports more openly and enthusiastically.

The bottom line is: The EU27 must take defence spending more seriously and build up the Union’s hard power.

It will get worse before it gets better

Russia’s aggressive behaviour as a permanent disruptor of the European and global security and rules-based orders will be the new normal in the age of permacrisis, exacerbating the current level of uncertainty and volatility. Ukraine is now paying the ultimate price for its freedom, independence, and sovereignty.

Short of open military confrontation with NATO or the EU, hybrid threats should be met with hybrid power. This is what the EU and its countries must focus on if democracy and open societies are to prevail.

Mr Putin’s military aggression may give him a tactical upper hand. But, in the long run, he can be defeated if the EU and its leaders draw on the right strategic lessons of this watershed moment and are ready to accept the costs of being less dependent on Russia and of strengthening their capacity to act autonomously in the future.