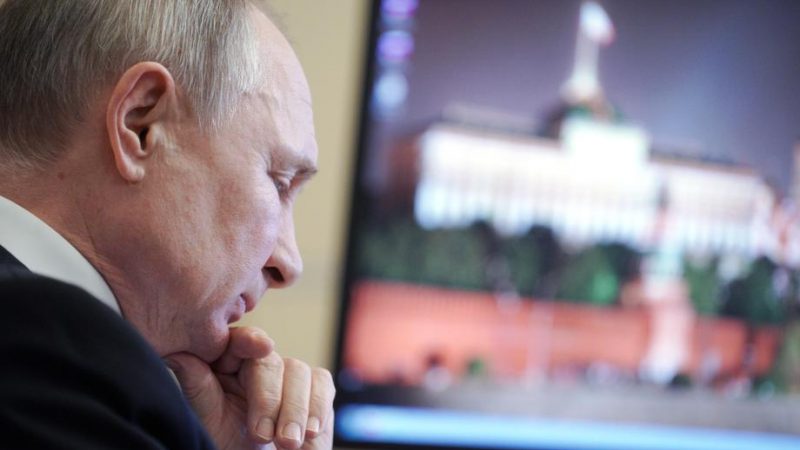 The West needs to learn how to talk with Russia without losing face or credibility, even when values are diametrically opposed. EU leaders should also keep in mind the need for long-term thinking and stop resorting to sanctions as a panacea, as these have proved to have limited effect, write Alexandra Martin and Zachary Paikin.

Zachary Paikin is a researcher for EU foreign policy at the Centre for European Policy Studies in Brussels (CEPS). Alexandra Martin is the head of the GLOBSEC Brussels office.

EU-Russia relations appear to be at their lowest point since the 2013-14 Ukraine crisis. High Representative Josep Borrell has questioned whether Moscow remains interested in constructive relations with Brussels after his controversial visit to the Kremlin last month.

Despite “selective engagement” featuring among the EU’s five guiding principles for relations with Russia, at the moment both sides show little to no appetite for high-level cooperation or further attempts to reset their relationship.

Russia will feature prominently at this month’s European Council summit, where short-term policy imperatives will likely dominate the deliberations between member states. Yet the EU also has a clear interest in ensuring that its relationship with its Russian neighbour is not defined by a permanent confrontation.

The current absence of strategic cooperation between Brussels and Moscow does not negate the long-term importance of cooperative security in Europe.

While in recent years trust has eroded and international agreements have been broken, a crucial question remains: Is there a zone of possible agreement to deal with grievances and opposing geopolitical ambitions while safeguarding security interests on both sides?

As Russia has drifted further toward authoritarianism, finding an equilibrium between firmness and an outstretched hand has proven increasingly difficult. Recent weeks have featured calls to toughen up the EU’s Russia strategy.

With Russian Foreign Minister Sergey Lavrov calling the EU an “unreliable partner” and many in Moscow believing that Europe has outsourced its security to the US, a Europe that appears more “sovereign” may indeed stand a greater chance of commanding Russia’s respect.

In the current stand-off between Russia and the West, however, both sides believe that time is on their side. The Kremlin sees disorder and disunity in the West as a sign that the liberal international order faces an existential crisis. Meanwhile, many Westerners foresee an inevitable Russian decline given the country’s undiversified economy and shrinking population.

Whether these predictions are accurate is beside the point: both sides remain unamenable to compromising on their ideal vision of pan-European security.

While Nicu Popescu of the European Council on Foreign Relations is right to highlight that the EU needs to “deal with [the] Russia of today, not with that of 2050 or 2070”, one must also consider the long-term security consequences of allowing this dialogue of the deaf to endure indefinitely.

Member states differ in terms of their size, power, geographic location, threat perception and historical memory. Yet the EU still aspires to be a geopolitical actor. That necessitates credibility, unity and power projection. But it also requires an ability to be the adult in the room when required.

Reflexively resorting to sanctions as a panacea, even when these have had limited results in changing Russia’s behaviour over the past seven years, will not enhance the EU’s capacity to serve as a responsible and effective custodian of the continental security order.

The US and EU see Russia as a threat to Europe’s rules-based fabric, while Russia feels excluded from the core components of the Euro-Atlantic security order. The situation lends itself to a zero-sum, structural conflict that ordinary policy tools will have difficulty remedying. At this month’s Council meeting, member states should therefore keep three things in mind.

First, in the absence of current and near-future prospects for substantive engagement with Moscow, member states should pair any assertive measures toward Russia with a commensurate and smart demonstration of restraint.

For example, this could be achieved by pushing for deeper integration with Ukraine, Moldova and Georgia while tempering the bloc’s recourse to sanctions going forward.

This posture could guide the 27 over the short and medium terms. Member states must be careful to ensure that the pursuit of a more effective, robust and autonomous EU foreign policy does not deepen existing geopolitical fault lines.

Second, when responding to the security threats of today and tomorrow – including non-proliferation and arms control, transnational crimes, terrorism, climate change and pandemics, large movements of people or asymmetric conflicts in the periphery – the EU can’t go at it alone.

While some quick fixes might be attainable, cooperation and meaningful dialogue with Russia on files such as Syria, Libya or Iran cannot be avoided. Russia is present and we, the West, need to learn how to talk without losing face or credibility, even when values are diametrically opposed.

Finally, although EU leaders may deliberate what kind of posture can meet immediate concerns, they must also not lose sight of the need for long-term thinking. The consistent prioritization of short-term imperatives and gains has often militated against the advent of a substantive common foreign policy.

To that end, a roadmap of policy steps and confidence-building measures should be drawn that would eventually lead to the holding of a high-level meeting on European security by 2025 – the 50th anniversary of the Helsinki Final Act.

The purpose of such a summit would not be to agree a new set of rules for the European security order, but rather to reaffirm collectively the importance of principled cooperation in the Euro-Atlantic region.

Our European security order remains fragile and fragmented. In an increasingly complex and multipolar world, traditional arms control agreements will become more sporadic and indicators of mutual trust will be more difficult to decipher. But it must not take a major war to restore or build a new European security system.

Despite enduring challenges in the relationship between Brussels and Moscow, a cooperative approach to continental security remains a viable path toward a stronger, more resilient and more capable EU.

One response to “EU-Russia relations: Why cooperative security still matters ”