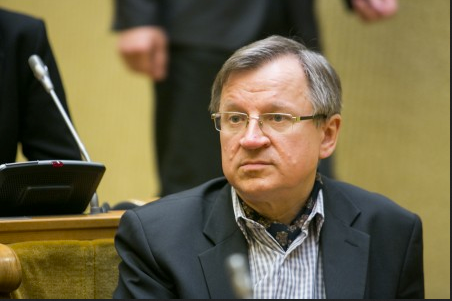 Egidijus Vareikis, is a member of Homeland Union (Lithuanian Christian Democrat Political Group), in the Lithuanian Parliament, member of the Lithuanian delegation to the Parliamentary Assembly of the Council of Europe (PACE) and former Vice-president of the EPP group in PACE

Sure, we have our challenges, but we have been able to create and foster societies that tend to be more income equal, more socially progressive and more culturally diverse than perhaps any place on earth. While these accomplishments must be both lauded and built upon, we must not think that our advancements alone shield us from the menace of Islamic terrorism.

Gunshots filled the air just weeks ago in Paris, innocent people were brutally murdered, and we were once again reminded that all the freedoms we enjoy are under threat. In 2012, gunmen killed Jews and soldiers in Tolouse and Montauban. Before that, Europe dealt with suicide bombings in London and train explosions in Madrid.

The perpetrators of these acts, members of Al-Qaeda, ISIS and self-radicalized Muslims, are an extreme minority and unrepresentative of Islam as a whole, but that doesn’t mean they aren’t dangerous. These extremists have been growing in recent years, aided by the actions of the Iranian regime in places like Lebanon, Syria and Iraq. What better motivation than Iranian sponsored use of poisonous gas, mass killings and constant fear?

We must combat the threat that extremist Sunni groups pose, but we also need to recognize that support for another extremist Islamic state, Iran, cannot be called a solution. As the great philosopher and essayist George Santayana said, “those who cannot learn from history are doomed to repeat it.”

Some of my fellow Europeans would suggest that Iran could play a temporary role and that forming an alliance wouldn’t be bad because we wouldn’t be arming them. These opportunists are a disgrace to European values and to the values of the entire western world. We as Europeans cannot put our stamp of approval on a regime responsible for the bombing of a Jewish Center in Argentina that left 85 civilians dead and a regime that is the main sponsor of misery and terror throughout the globe.

How could we preach human rights while violating those rights indirectly in the most grotesque ways imaginable?

Those who seek to pursue a policy that would leave Europe a morally bankrupt content should also remember that Iranian inclusion is no answer to Iran’s nuclear program. According to Mayram Rajavi, the President of The National Council of Resistance of Iran (NCRI), who addressed several political groups, including EPP at the Parliamentary Assembly of the Council of Europe in Strasbourg on Monday, the prerequisite for change is making Iran feel the heat. Pursuing policies of appeasement and appealing to the good nature of a bloodthirsty regime would certainly have no such effect.

If we are to combat Islamic extremism at home and abroad, we must tackle its sources, not its symptoms. The Iranian regime has acted as the world’s leading exporter of terror and despair – showing a little resolve on our Iran policy will go a long way at keeping us safer here in Europe.

While problems with extremists will not disappear, confronting the growing threat of Islamic extremism, starting with Iran, is a powerful first step in protecting the safety and the freedoms of a Europe we can be proud of.

0 responses to “Europe must tackle the sources of Islamic extremism, not the symptoms”