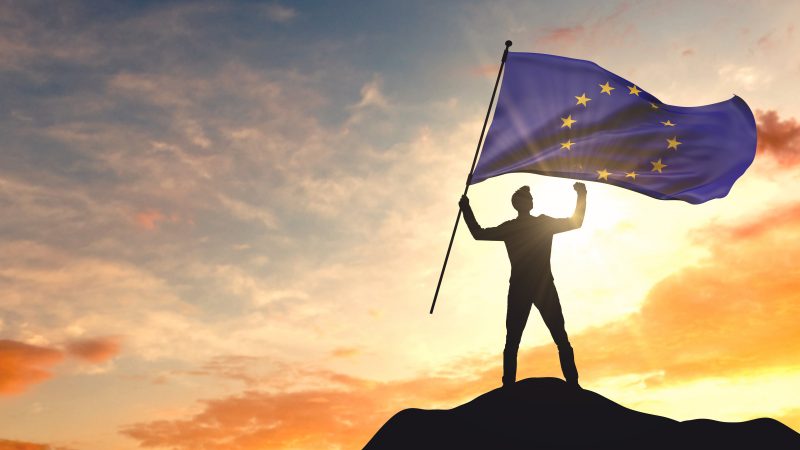 The European states still lack unity in their action, and this is blocking a number of major projects. With this policy of small steps, can we still have any hope in Europe, asks André Loesekrug-Pietr.

André Loesekrug-Pietri is an entrepreneur and executive director of the Joint European Disruptive Initiative (JEDI).

It is only because President Emmanuel Macron came to the Munich Security Conference in February that the German Bundestag approved a meagre… €77 million to launch the first phase of a Joint European fighter due for 2040.

This represents 0,02% of the total German budget and a mere 0,6% of last year’s surplus. And this unfolded just a few days after Macron pretty unexpectedly offered to have France’s atomic power defend not only France’s core strategic interests, but potentially also those of its European partners.

At this snail pace, with these baby steps, how can we still have hopes in Europe?

At a time where democracies are increasingly challenged by authoritarianism in the East and the Far East, populism across the Atlantic and within European borders, and new non-governmental powers in particular in the technology realm, are democracies up to the task? Are our leaders up to the task?

Are democratic principles of consensus, of power to the majority, of individual rights, of the rule of law, of regular elections threatened by a world that massively value two contradictory skills: capacity to think long term, play the long game, a well-known Chinese strait, and at the same being incredibly agile if not unpredictable, a talent in which the US President excels.

As the signs of crisis accumulate, Europe cannot confine itself to a managerial policy which, ultimately, comes at the expense of both the Union and the member states, and for the benefit of external powers. If social movements are accumulating and challenging representative democracy, it means something important is happening.

The population, by having the perception of falling living standards, feel that the European project is at an impasse. To avoid a total collapse of the institutions, the member states must change their logic; they must understand that prosperity, the satisfaction of citizens and the restoration of Europe in the game of powers are only part of the same equation.

There is hope. But this hope will only come with some kind of a revolution. A revolution in politics first, where we need to depart from the announcement mantra that prevails in so many member states, and that is backfiring with a rising crowd of frustrated voters.

A revolution in the methodology where the French will need to learn that Berlin is not Germany, and where the Germans and the EU need to realise that if they don’t act faster and bolder, we may have seen the peak and soon the decline of democracy.

A revolution in leaders where we need leaders that not only master the bureaucratic realm but understand the complex interplay of politics, economics, geopolitics and visions. And where the EU returns to what it was, when it had an impact, as the guarantor of the long term and the enabler of major priorities.

Europe needs this revolution. And it needs to happen fast or we risk losing all influence in the world.