Hearing those who don’t exist: The fight against statelessness

By Cecilia Wikström and Claude Moraes 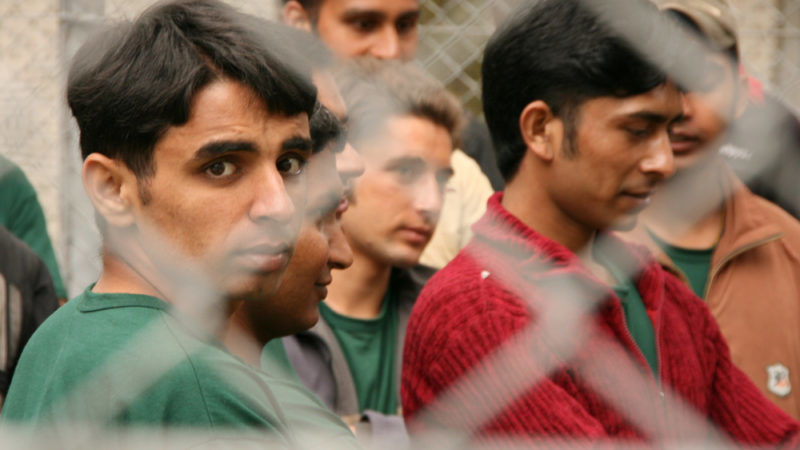 MEPs are calling on all EU member states who have not yet acceded to the 1954 and 1961 Statelessness Conventions to do so urgently. [Mykola Komarovskyy/Shutterstock]

Statelessness will take centre stage in the European Parliament on Thursday (29 June), with two committees turning their attention to one of Europe’s most hidden and marginalised populations, write MEPs Claude Moraes and Cecilia Wikström.

On Thursday, statelessness will take centre stage in the European Parliament’s LIBE and PETI committees, as its members turn their attention to one of Europe’s most hidden and marginalised populations.

A joint hearing will address the rights of women, men and children living in our communities who have no nationality. No citizenship. No place to belong.

To be stateless is not to be recognised as a national of any state, anywhere. To be stateless is to be prevented from accessing the most fundamental rights: the right to education, to health, to social welfare, to property, to marry, and – all too often – to liberty. It is to exist in limbo.

Despite being little known and little understood, statelessness affects more than 10 million people around the globe and at least 600,000 in Europe.

Statelessness disproportionally impacts on ethnic minorities like the Roma, due to discrimination, and people on the move, who may have already been stateless when they fled countries such as Syria and Iraq, or who have become so on their journeys to safety.

Other challenges like access to birth registration for refugee, migrant and other marginalised populations contribute to the problem.

We believe that it is time that we as European lawmakers faced up to this situation and put in place concrete solutions to ensure that nobody in Europe is left stateless in the future. Moreover, the solutions to these challenges lie within our reach.

To achieve this, we need two fundamental things: better data and knowledge about statelessness in Europe in all its manifestations; and political will.

The LIBE Committee kicked off this work in 2015, publishing a study on preventing statelessness and identifying and protecting stateless people on the move.

The European Council followed this up in December 2015 with their Conclusions on statelessness, which tasked the European Migration Network with setting up a dedicated platform to build capacity and exchange good practice on the issue.

Furthermore, the Parliament’s Intergroup on Children’s Rights has hosted a number of events over the last two years, including one at which a civil society alliance, the European Network on Statelessness, presented us with a petition of 22,000 signatures calling for action to end childhood statelessness.

We hope that this week’s hearing, the first ever dedicated to statelessness in Brussels, will respond to this petition.

We call on our colleagues in both committees to respond to the concerned voices of all those who signed it by working for action to tackle the problem of statelessness at a European and a national level so that no-one is left in limbo.