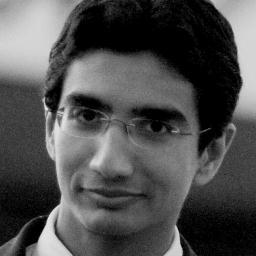 Europe is poised to benefit from the shift to the centre-rigtht in India’s general elections last week, writes Dhruva Jaishankar.

Dhruva Jaishankar is a transatlantic fellow with the Asia Program of the German Marshall Fund of the United States in Washington DC.

The center-right Bharatiya Janata Party’s (BJP) margin of victory in India’s general elections last week exceeded most expectations. The BJP, led by Narendra Modi, will form the next government, carrying an absolute majority after a decade of Congress Party-led coalition governments. The results were a crushing defeat for Congress, which has ruled for more than 54 of the 67 years since India’s independence. For a number of reasons, these elections are likely to have important consequences for the world’s largest democracy and for its global position – and, consequently, for the international community. Europe — still recovering from the euro crisis and heading into parliamentary elections of its own — could well be one of the chief beneficiaries.

In an election that overturned many conventions of Indian politics — including appeals across caste lines to urban and youth voters and the innovative use of social media — the BJP’s focus on growth and jobs stood in stark contrast to the Congress’ emphasis on redistributive welfare schemes. The BJP’s business- and growth-oriented platform, supported by its strong electoral mandate, could help revive India’s economy, which experienced a sharp drop from 9.9 percent annual growth in 2011 to 4.4 percent in 2013. This might enable the government to create more opportunities for India’s massive and young workforce, while accelerating poverty alleviation.

Such a turnaround would have international implications, making India a more attractive trade and economic partner and strengthening the country’s resource base, thereby enhancing its international influence. “I believe a strong economy is the driver of an effective foreign policy,” Modi said in a speech last October. “We have to put our own house in order so that the world is attracted to us.” These and other statements suggest that Modi will look abroad for international partnerships, as he did as chief minister of the western state of Gujarat. Under his watch, Gujarat actively sought investment and signed collaborative partnerships with several countries and multinational companies. In his campaign to become prime minister, Modi promised to fast-track investments in major projects and resurrect investor confidence in the Indian economy, criticizing — among other things — the previous government’s decision to retroactively tax Vodafone, a move that had negative ripple effects among major Western-based multinational corporations.

Europe is poised to benefit from this shift, having last year lifted its boycott of Modi, which it imposed after communal riots took place under his watch in Gujarat in 2002. In 2012, Modi met with the British high commissioner, and participated in a lunch with European envoys a few months later. Last year, Modi met individually with several European business leaders, lawmakers, and ambassadors, including those from Germany, France, Italy, and Sweden.

The European Union, as a single entity, is already India’s largest trade partner. Two-way trade more than doubled between 2003 and 2013, reaching €72.7 billion. However, that makes India only Europe’s tenth-largest trade partner, lagging significantly behind the €428 billion of trade between Europe and China. Negotiations over a EU-India free trade agreement, launched in 2007, are on hold, but could come to fruition under a Modi government.

A faster-growing India could also mean other direct and indirect benefits for Europe. The country’s defense modernization, which had slowed under the previous government, is expected to pick up, and European suppliers will certainly be in competition to provide military equipment and expertise. India will also require investment to meet its future infrastructure requirements — estimated to be in the trillions of dollars — and will be seeking mutually beneficial partnerships on renewable energy, agricultural technologies, and vocational education, given its incredible needs in these and other areas. Should India improve its infrastructure, training, and overall ease of doing business, its sheer size and potential would place it among the more attractive investment destinations among developing economies.

For Europe, Modi’s election should be seen as an opportunity to significantly advance both economic and security relations. The recent elections certainly hold great symbolic value as an achievement in a developing country that saw 66.4 percent voter turnout, 540 million ballots cast, and ultimately a smooth transition of power. But beyond serving as a validation of democracy, Modi’s election represents an opportunity for Europe — and indeed the rest of the world — to negotiate a new bargain with a new India.