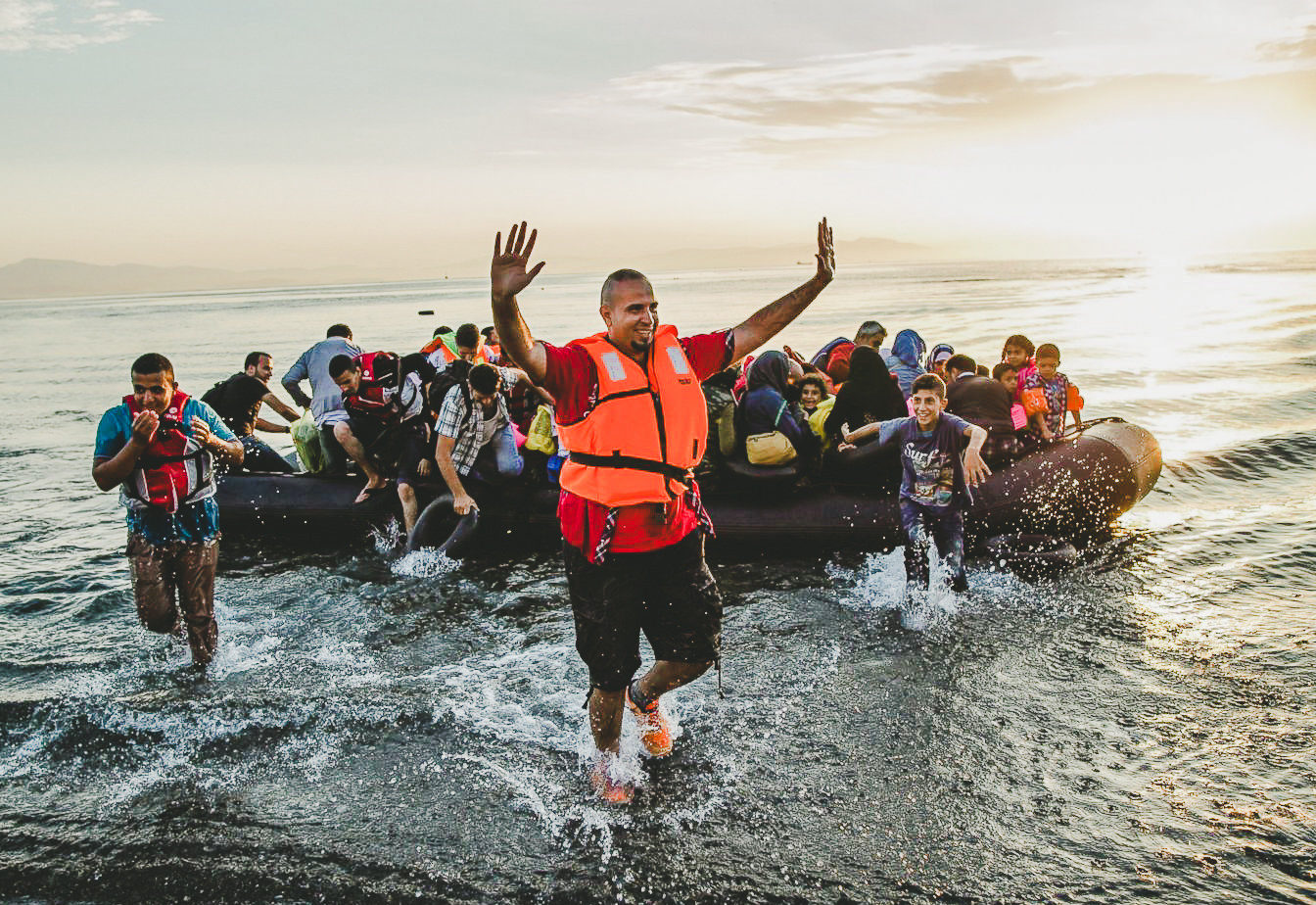 How many more people have to risk their lives crossing the perilous seas? [Freedom House/Flickr]

Today (9 May) is Europe day. A day meant for celebration, but instead we mourn the thousands who have died and the many still dying trying to reach us. But we refuse this situation, write a number of representatives from young Socialists organisation.

This opinion piece was penned and co-signed by a number of young Socialists, whose details can be found below.

Every day the dignity of Europe seems further away, given the complete blindness of governments in the face of this major humanitarian crisis. Every day we feel less and less proud to be Europeans when we see the lack of humanity in our leaders and governments, who have decided to try to subcontract the problem to the authoritarian Turkish government instead of taking their own responsibility.

We do not accept the reinstatement of borders: this not only limit our chances as youngsters in Europe but more importantly challenges the human rights on which our Union is built. We do not accept that the far right rhetoric will win over the whole political spectrum, and we will keep fighting for ideas of equality and solidarity among peoples.

How many women and children will be forced to take most dangerous roads because European governments have restricted possibilities of family reunification?

How many women and men will be forced into prostitution because it is the only way they can survive, until governments enable asylum seekers to live in dignity on our continent?

How many deaths will it be before governments say “Refugees Welcome”?

Today we see with disappointment and anger that most European governments are not acting according to the core principles the EU was built on: humanity, freedom and solidarity among peoples. Worse: our continent is behaving as if our history did not count enough tragedies, or as if they had nothing to do to the international situation which leads so many families to leave their country.

As leaders of the socialist youth we were taught the importance of speaking up for our ideas upon Einstein’s words: “The world will not be destroyed by those who do evil, but by those who watch them without doing anything.”

And that is exactly what we will not do. We will not remain silent. We refuse this dramatic situation and we know there is another way. In the past weeks, we have been campaigning to say “Refugees Welcome”. By spreading our message across Europe, our aim is to shift the public debate from fear to responsibility: we want Europe to consider the influx of refugees as a moral obligation and an opportunity. We ask all Europeans to say it with us.

Now is the time to do our duty. There is no tsunami of refugees coming our way. Many men and women are seeking refuge on our continent, yes. But it is manageable if we put in place adequate means and if we share this responsibility in Europe.  We call upon our leaders to finally start coping with the issues at hand.

Our demand is for European governments to finally implement a fair and humane asylum policy by:

–   Opening more legal routes in order to prevent the massive deaths in the Mediterranean.

–   Respecting international law and thus allowing refugees to seek asylum in the country they decide and not the one they are told to. The Geneva Convention document is not only a piece of paper. It is a document stemming from the aftermath of the atrocities of the Second World War. Not respecting it is disrespecting our history and its lessons.

–   Stopping restrictions on family reunification, which are pushing women and kids on the road.

–   Creating thousands of public and civil society jobs in Europe in hosting and integration policies towards refugees. From providing for basic needs at arrival, handling the administrative process linked to asylum, to organizing access to housing, health and education: integrating refugees into European society requires human and financial efforts which can generate many jobs for our generation.

–   Launching an urgent conference of member states in order to harmonise and reform European legislation on refugees, especially by replacing the Dublin regulation which puts enormous pressure on neighbouring countries and prevents responsibility-sharing among European countries.

–   Implementing sanctions for those countries refusing to accept refugees or mistreating them.

–   Combating alignment causes: Instead of fighting asylum seekers, European governments have to fight against what made them flee. Therefore Europe has to do everything to provide peace, the respect of human rights and to diminish poverty. Today, the opposite is too often the case.

This op-ed has been co-signed by:

One response to “How many have to die before we say ‘welcome’ to refugees?”