I hope MEPs will join me in voting to recognise Palestine 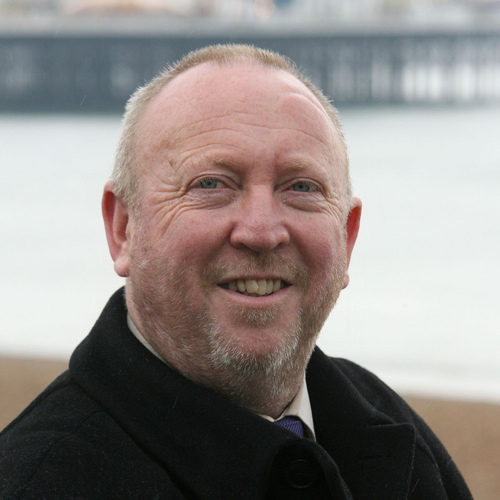 A legally binding vote to unconditionally recognise Palestine is the very least the EU can do, writes Keith Taylor.

Keith Taylor is a Green MEP from South East England.

A month later than expected after the last vote was postponed, on Wednesday, MEPs will finally vote on whether to recognise Palestine as a state. I’ve added my name to the resolution and I’m now urging MEPs to join me in showing solidarity to Palestine by voting in favour. Sweden recently joined the list of countries to formally recognise Palestine, with the UK, Spain and France also showing strong support. It’s about time the EU as a whole followed suit.

For too long, Palestine has received mixed messages from Europe. The EU remains the single largest donor of foreign aid to Palestinians, yet it fails to take any meaningful action to stop Israel from breaching international law and human rights.

Of course, a vote in favour of recognition still leaves us a long way off securing a lasting peace in the region, but I believe it could be a vital step on the long road towards achieving full Palestinian statehood. It would also encourage those EU countries that haven’t yet recognised Palestine as a state to do so.

The most recent war between Israel and Palestine was yet another bloody chapter in a long and difficult history in the region – and like previous wars, it clearly highlighted a disproportionate use of force by Israel. In Israel, the death toll reached 70; whilst in Palestine 2,200 were killed. And while the majority of those killed on the Israeli side were soldiers, a shocking 69-75 % of Palestinians killed were civilians.

Like many, I was deeply saddened by the tragic deaths across the whole region, and I strongly condemn the use of violence on both sides.

The stark comparison in death tolls is important but the Israeli Governments shocking decision to approve the biggest land grab of Palestinian territory in decades is also very significant. The fact that they announced this just weeks after the last missile was dropped shows Israel’s clear disregard to any kind of peace process.

As a member of the EU delegation to Palestine, I had the opportunity to visit Gaza in 2011 and I saw first hand the effects of Israel’s incursion which touches every aspect of everyday Palestinian life.

Our entrance into Gaza was heralded by the sights of a territory under siege; dysfunctional public services, high unemployment and high poverty. The rubbish was piling up in the streets, in the rivers and on the beach.

While there we heard how exports are banned and imports strictly limited, resulting in an economy which is in a stranglehold. This has resulted in huge unemployment – partly because 29% of agricultural land which the economy is hugely reliant on – lies within restricted military areas.

The blockade has devastated Gaza’s economy and represents a collective and deliberate punishment waged on a defenceless society.

The EU-Israel Association Agreement is the main framework for the close relationship between the EU and Israel, granting Israel preferential access to European markets and allowing it to participate in more EU programs and projects than any other non-European country. I believe that if Israel continues to breach international law then the agreement should be suspended.

As the Palestine Solidarity Campaign have pointed out “the agreement is meant to be dependent upon Israel and the EU abiding by the human rights clause 2 contained within it. Yet, Israel clearly breaches that agreement everyday in its colonisation of Palestinian land and its violent occupation of territory”.

Since 1967 Palestinians have been locked into an occupation which has denied them the right to self-determination and statehood in a situation all too reminiscent of South African apartheid.

A legally binding vote to unconditionally recognise Palestine is the very least the EU can do.