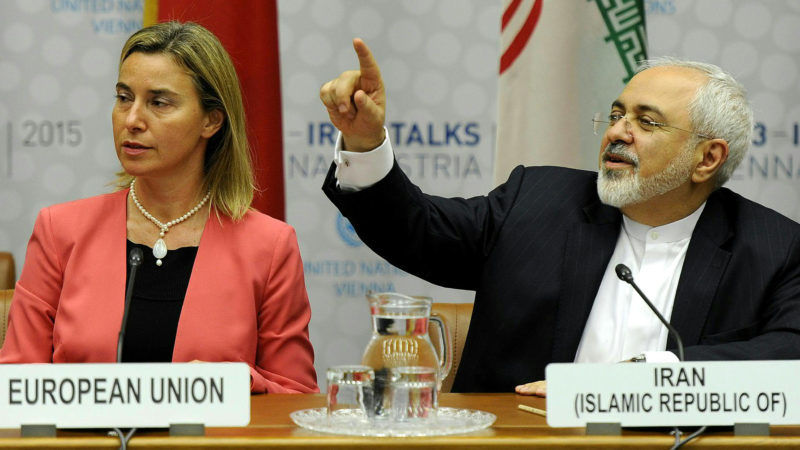 High Representative of the European Union for Foreign Affairs and Security Policy Federica Mogherini (L) and Iranian Foreign Minister Mohammad Javad Zarif during a press conference in the course of the talks between the E3+3 (France, Germany, UK, China, Russia, US) and Iran in Vienna, Austria. [EPA/HERBERT NEUBAUER]

Despite clashing narratives about the Iran deal, security priorities remain perfectly aligned across the Atlantic. We must together urgently address the nuclear deal’s flaws by pushing for a follow-up agreement, targeting the regime’s ballistic missile program and confronting its regional behavior, argues Michael Sieveking.

It hasn’t been a good year for the transatlantic partnership. As EU lawmakers flock to Strasbourg for the final plenary session of 2017, it is hard not to reflect over the disappointments of the past twelve months. How fitting, at year’s end, that the EU legislature should debate the most divisive and high-stakes issue – the Iran nuclear deal.

In the eyes of many Americans, European leaders tend to oversell the deal, touting it as the bloc’s prize diplomatic accomplishment. EU foreign policy chief Federica Mogherini hailed it as a “historic achievement” for global security, no less. President Trump, prone as he is to hyperbole, routinely calls it “an embarrassment” and the “worst deal ever.” Europeans, understandably, take offense.

That bone of transatlantic contention, the Joint Comprehensive Plan of Action (JCPOA), temporarily blocks Iran’s path to a nuclear weapon in exchange for sanction relief. It was signed in 2015 after two years of negotiations between Iran and the six major powers.

Now it is time to cut through the rhetoric. 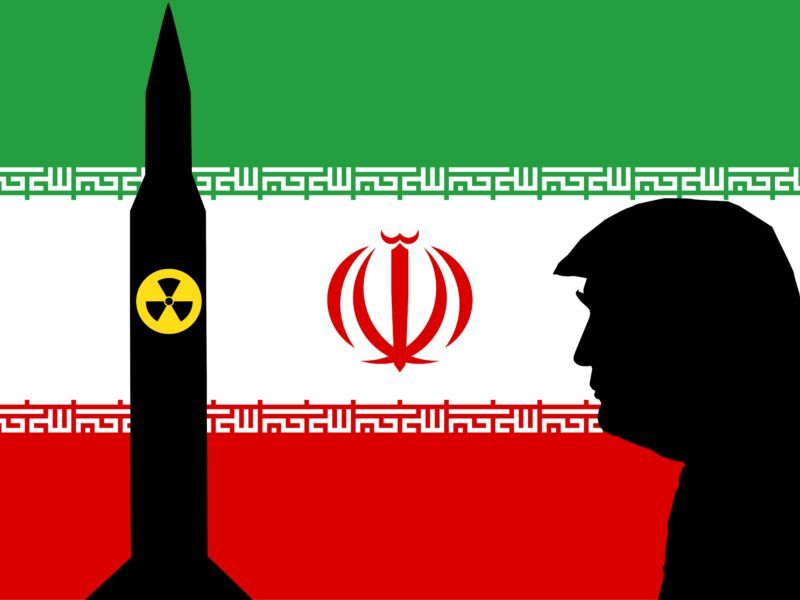 North Korea’s latest ballistic missile test is an unsettling reminder of what happens when there is no agreement in place to moderate the behaviour of a bellicose regime. Consider if Iran was similarly unfettered, writes Luigi Scazzieri.

Instead, we must focus on substance. Because despite our clashing narratives about the deal, our transatlantic strategic security priorities – business interests aside – remain perfectly aligned: preventing Iran from going nuclear, curbing the extremist regime’s quest for regional hegemony, fighting terrorism, and upholding universal human rights are still our shared key objectives.

First, although proponents of the deal point to the fact that Iran is compliant, as certified by the International Atomic Energy Agency (IAEA), the real question is – why wouldn’t they be? The regime has every reason to sit tight and reap its economic benefits. After all, the sunset clause foresees an end to nuclear restrictions after ten years. And anyway, military sites are excluded from inspection for evidence of violations. Sound like a pretty sweet deal? Well, that’s what Iran’s leaders thought.

We imperil our own future by giving Tehran this long-term glide path to nuclear status. When Israel destroyed Syria’s nuclear site in 2007, it averted nuclear proliferation in the Middle East and eliminated a disastrous scenario. Instead of relying on our most vital friend in the region, we must now, together with our allies, push for a follow-up agreement over the next five to six years to block—indefinitely—Tehran‘s path to nuclear weapons.

Second, though ballistic missile development was never part of the JCPOA, it should have been. UN Security Council resolution 2231 that endorsed the deal called upon Iran to end its program, which in diplomatic language is about as watered-down as it gets. Emboldened, Tehran has since, with its missile tests “run counter” the deal’s “constructive spirit,” in the words of then-UN Secretary General Ban Ki-moon.

Fortunately, the new U.S. administration has identified ballistic missile tests as a problem. French President Emmanuel Macron has also raised the issue. However, neither kind words nor “positive incentives” will bring Iran to the negotiating table. 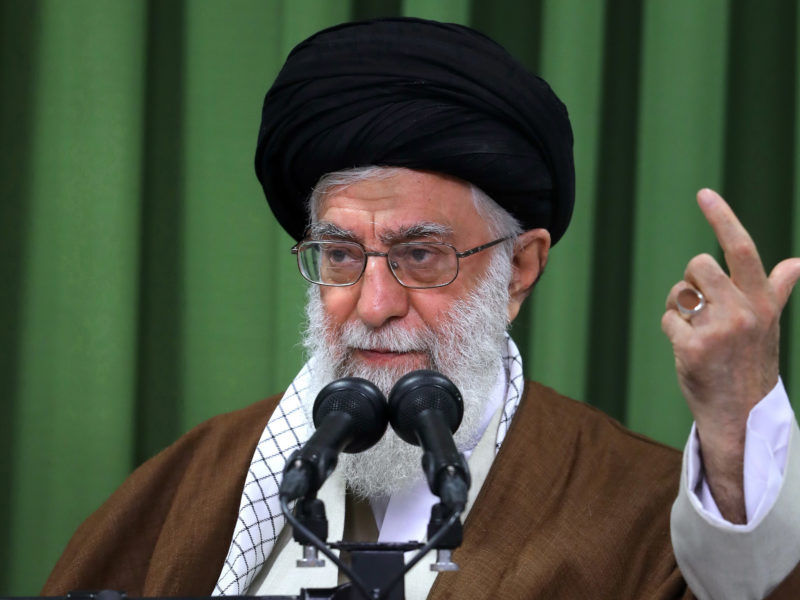 Iranian Supreme Leader Ayatollah Ali Khamenei said yesterday (18 October) Tehran would stick to its 2015 nuclear deal with world powers as long as the other signatories respected it, but would “shred it” if the United States pulled out, state TV reported.

Only robust sanctions will force upon Iran a simple choice: Either nuclear missiles or an economy—you can’t have both. If that message is backed up by a credible military threat, even the most hardline Iranian leader will choose economic survival. Recent U.S. sanctions on Iran’s Revolutionary Guard Corps (IRGC), which controls much of its economy, marks a promising first step. Europe should take heed.

Third, the deal ignores Iran’s support for terrorism and its other egregious regional behavior. Iran is backing the murderous Assad regime and attempting to carve out a Shi’ite land corridor from Tehran to the Mediterranean.

The terror group Hezbollah is Iran’s most important asset toward that end. Entrenched amongst the civilian population in Southern Lebanon with over 120,000 missiles, the fully-owned proxy swears allegiance to Iran’s supreme leader. The radical group has hijacked the Lebanese state and refuses to disarm, in defiance of UN Security Council resolution 1701.

Lebanon’s Prime Minister Saad Hariri said days ago that Hezbollah will “cost his country dearly.” His words hauntingly foreshadow the next confrontation with Israel, which will make the devastating war Hezbollah provoked in 2006 look like child’s play.

The U.S. State Department has long certified Iran as “the foremost state-sponsor of terrorism,” not least for its sponsorship of Hezbollah. Europe blacklisted the group’s “military” wing in 2013 after the bloody terror attack in Burgas, Bulgaria. Four years ago, that artificial distinction between the group’s “military” and “political” wings was at least a start. Today, it is plain absurd. We can’t afford to wait for another attack on European soil. It is time to designate Hezbollah in its entirety a terrorist organization. 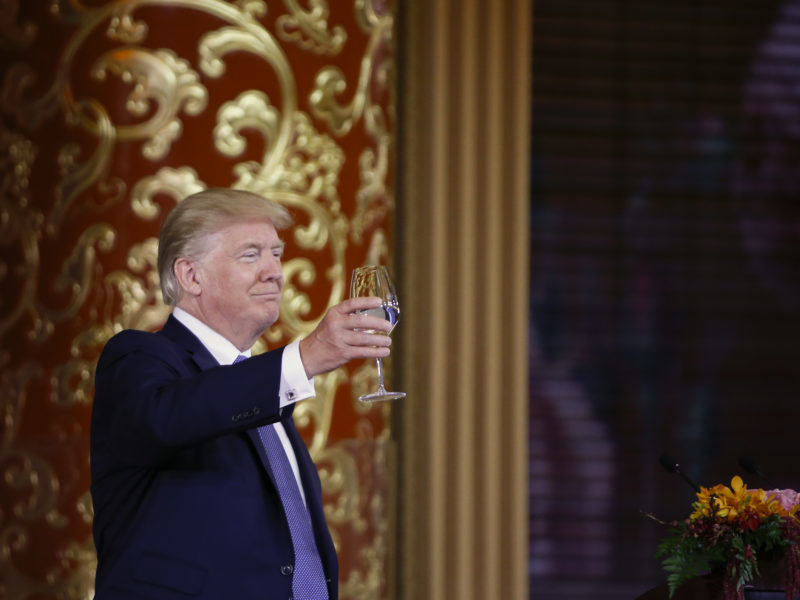 EU foreign ministers said in 2015 that the JCPOA “will open the door to … improved Iranian regional and international relations.” Sadly, that prediction has proven flat wrong. Iran’s internal oppression and external aggression have only intensified. If anything, the deal has allowed Iran to drive a wedge among allies. The winners are Iran and Russia.

When lawmakers face High Representative Mogherini in Strasbourg, they will have the opportunity to voice loud and clear the urgency of addressing the nuclear agreement’s shortcomings.

Surely, the deal shouldn’t be scrapped, but neither is the JCPOA holy writ. Instead, it can provide the basis for renewed transatlantic resolve to end Iran’s deadly ambitions for generations to come.