No Nord Stream, no problem 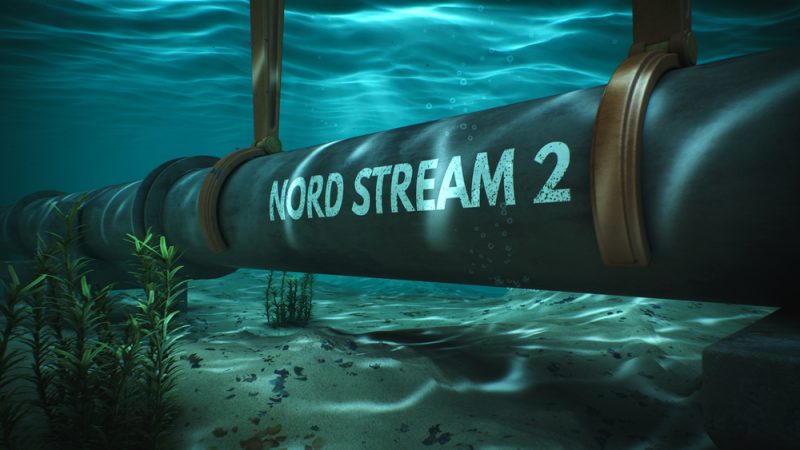 With the Nord Stream 2 project, Gazprom’s goal to assert complete control over Europe’s gas supply is within reach because this geopolitically charged pipeline will destroy the existing transit ecosystem, writes Sergiy Makogon.

Sergiy Makogon is the director-general of GTSOU (Gas TSO of Ukraine).

Following recent elections, Germany has a chance to reboot its political agenda. In the meantime, Europe faces a security challenge emanating from Russia and an energy crisis threatening to derail a post-COVID recovery. The planet is confronted with the ever-pressing climate emergency and is counting on countries like Germany and the EU member states to double down on decarbonisation. Improbable as it may be, the traffic light coalition can address the three policy threads in one sweep by revisiting the previous government’s position on the unneeded and dangerous Russian gas project – Nord Stream 2.

The second Baltic Sea pipeline makes no commercial sense. The massive transit system already in place to bring Russian gas exports to Europe does not operate at full capacity. If Germany were to double its imports of Russian gas next year, the existing system can easily handle it and have spare capacity left. In fact, Germany can triple its imports of Russian gas, and the need for Nord Stream 2 still wouldn’t arise.

When confronted by these facts, the Nord Stream 2 consortium and its proponents usually refer to the supposedly ailing infrastructure of the Ukrainian gas transportation system operator (GTSOU). This is a baseless claim.

Ukraine’s transmission system is fully operational and has proven its reliability over 30 years of uninterrupted transit. If gas deliveries to Europe were stopped in the past, it was due to a deliberate Russian decision to cut supplies – and not the technical issues within the Ukrainian transmission system. The resilience of our infrastructure is underwritten by multiple redundancies, where we can easily shift the flow from one route to another and maintain transit continuity. No such flexibility will be available with inherently less stable subsea infrastructure.

What’s more, the quality of the Russian pipeline network raises many questions. In addition to annual shutdowns for maintenance on Nord Stream 1 and Turk Stream, the Russian gas transportation system has experienced numerous non-routine interruptions. When the flow of Russian gas from TurkStream to Romania, Serbia, and Hungary was halted due to a pipeline rupture in Bulgaria, Ukraine stepped in to provide gas from its storage facilities for Hungary to meet the sudden shortfall just as GTSOU had helped Moldova before then.

The business of gas transmission is neither charity nor extortion racket. It is a highly regulated sector, and GTSOU operates under the same EU rules as the German RWE. Both companies provide a service for which they charge a regulated rate. The fact that Russia depends on Ukraine for transit doesn’t mean that we are leveraging our position and collecting exuberant fees. Actually, GTSOU’s transit tariffs are in the bottom quartile compared to our EU peers.

Recently, Nord Stream 2 has put up another fog screen – alleging a lighter environmental footprint. This is a misleading argument: Nord Stream 2 is not a standalone project: it is part of a transmission network operated by a company that has repeatedly demonstrated a blatant disregard for the environment. “The number of methane plumes emitted from the ageing Russian gas infrastructure rose by at least 40% last year, even though natural gas exports to Europe fell an estimated 14%”, reported Washington Post. According to the International Energy Agency, Russia’s methane leakages in 2020 directly related to gas transit are three-fold that of the entire EU and 21 times as much as Ukraine.

Given this dreadful track record, stakeholders are calling out Gazprom’s irresponsible behaviour. German NGO Environmental Action Germany (DUH) already sued Nord Stream 2 over leakage concerns. There are technologies to minimize needless methane emissions. Still, instead of patching up its leaky pipelines, Gazprom allocated billions on a duplicating pipeline that will lock Germany and Europe into 50 more years of fossil fuels.

When closely examined, every pro-Nord Stream 2 argument falls apart. Gazprom’s goal to assert full control over Europe’s gas supply is within reach because this geopolitically charged pipeline will destroy the existing transit ecosystem. Without significant gas volumes, akin to the figures in the existing contract, GTSOU will have to focus on the needs of the domestic market and downsize its system accordingly. The efficient, diversified, and reliable East-West transmission system will thus be replaced by a fragile and lopsided one controlled by a single state-owned company with a record for using energy as a weapon.

This year, Germany and Europe have experienced an unprecedented gas crisis, which has been “orchestrated by Russia”, according to the International Energy Agency. This is just the first taste of what awaits Europe if Nord Stream 2 operates.

Gazprom, a Kremlin-controlled entity, will dominate and steer the whole value chain – from extraction to the end consumer. If the new Baltic Sea pipeline ever reaches total capacity and the international gas transit through Ukraine ceases to exist, Gazprom will be able to dictate supply volumes, routes, and prices.

After a decade of intense lobbying by Russia, it may be difficult to concede the fundamental truth: Germany and everybody else in Europe will be better off without Nord Stream 2 than with it. The certification process is not a fait accompli.

If legal requirements are honoured, the pipeline will not be certified. Now is the time to recognize that the circumstances in which Nord Stream 2 was conceived ten years ago have changed. The traffic light coalition has a choice to make. By rejecting this dangerous pipeline, it can uphold the robust gas transmission ecosystem – already meeting Germany’s energy needs – and thus deliver a significant victory for the climate, the rule of law, and regional security.

One response to “No Nord Stream, no problem”