Our mission to Lebanon: help the EU to help you 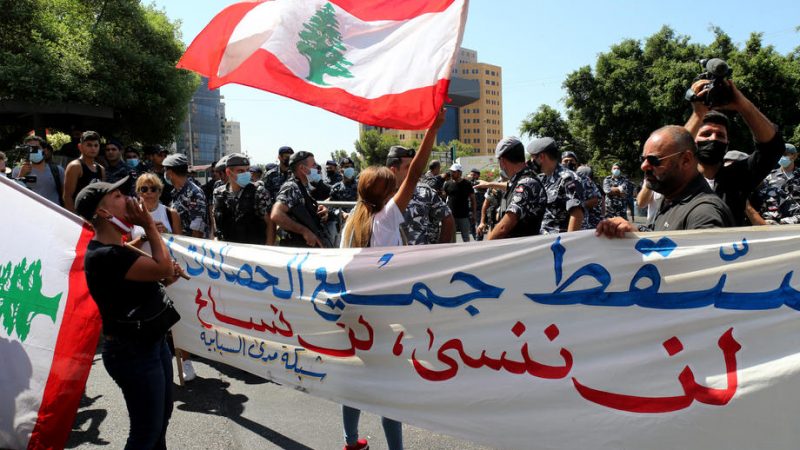 Anti-government protestors with some family members of the victims of Beirut port blast carry placards and shout slogans against the parliament speaker during a protest near the UNESCO palace, where a parliamentary session concerning the port explosion investigation is being held, in Beirut, Lebanon, 12 August 2021. [EPA-EFE/NABIL MOUNZER]

The European Union is ready to help. The European progressive forces stand beside the Lebanese people to facilitate the financial support necessary to relaunch the economy. Are Lebanon’s leaders and politicians ready? That is the question posed by a group of EU lawmakers from the Social Democrats in the European Parliament*.

The Lebanese political factions should put aside their own short-term interests to swiftly form a new government. The formation of a stable and functional government in Beirut is essential not only to start receiving European and international aid but also to finally implement much-needed reforms – especially tackling corruption – that have already been delayed too long.

No further deferrals or excuses can be accepted. The Lebanese people and Lebanon’s future come first. Lebanese democracy must come first and open and free general elections must go ahead next year as planned.

This is the message the Socialists and Democrats in the European Parliament will deliver in their talks with the national authorities, NGOs and civil society in a four-day political mission to Beirut, 4-7 September.

The catastrophic port explosion of 4 August 2020 in Beirut, which caused 217 deaths, as well as 7,000 people injured and 300,000 displaced, has only accelerated a deep and widespread crisis that has been crushing Lebanon’s political and economic life for years.

We are seeing dramatic images from across the country, with thousands of people forced to live in dire conditions, with shortages of fuel and energy supplies, and terrible consequences for the national healthcare system, with the tragedy at Akkar on 15 August where the explosion of a fuel truck caused more than 20 casualties and last but not least the incredible drop in the value of the Lebanese pound.

Those who were already living in precarious conditions, like Syrian and Palestinian refugees, risk seeing their situations deteriorate to unbearable levels.

In this kind of social, economic and political crisis, no one must be left behind, especially the most vulnerable in society. Hence, support for UNRWA (The United Nations Relief and Works Agency for Palestine Refugees in the Near East) is essential and must be guaranteed at European, international and local level. We, the S&Ds, will do our utmost to support it.

These are all just the most visible outcomes of this crisis.

However, no stabilisation or development is possible without justice.

The only way forward to honour all the victims and start to write a new brighter chapter in the history of Lebanon is by carrying out an urgent and impartial investigation into the causes and responsibilities behind the Beirut blast.

We need to be very clear on this: there must be political and judicial accountability.

The European Union, international partners and we, the Socialists and Democrats, are ready and willing to help Lebanon by providing the necessary financial, humanitarian and political support.

But we need your help. Your help to help you. Without concrete progress on forming a new government, implementing necessary reforms and ensuring victims get truth and justice, the new future for Lebanon will fail to arrive.