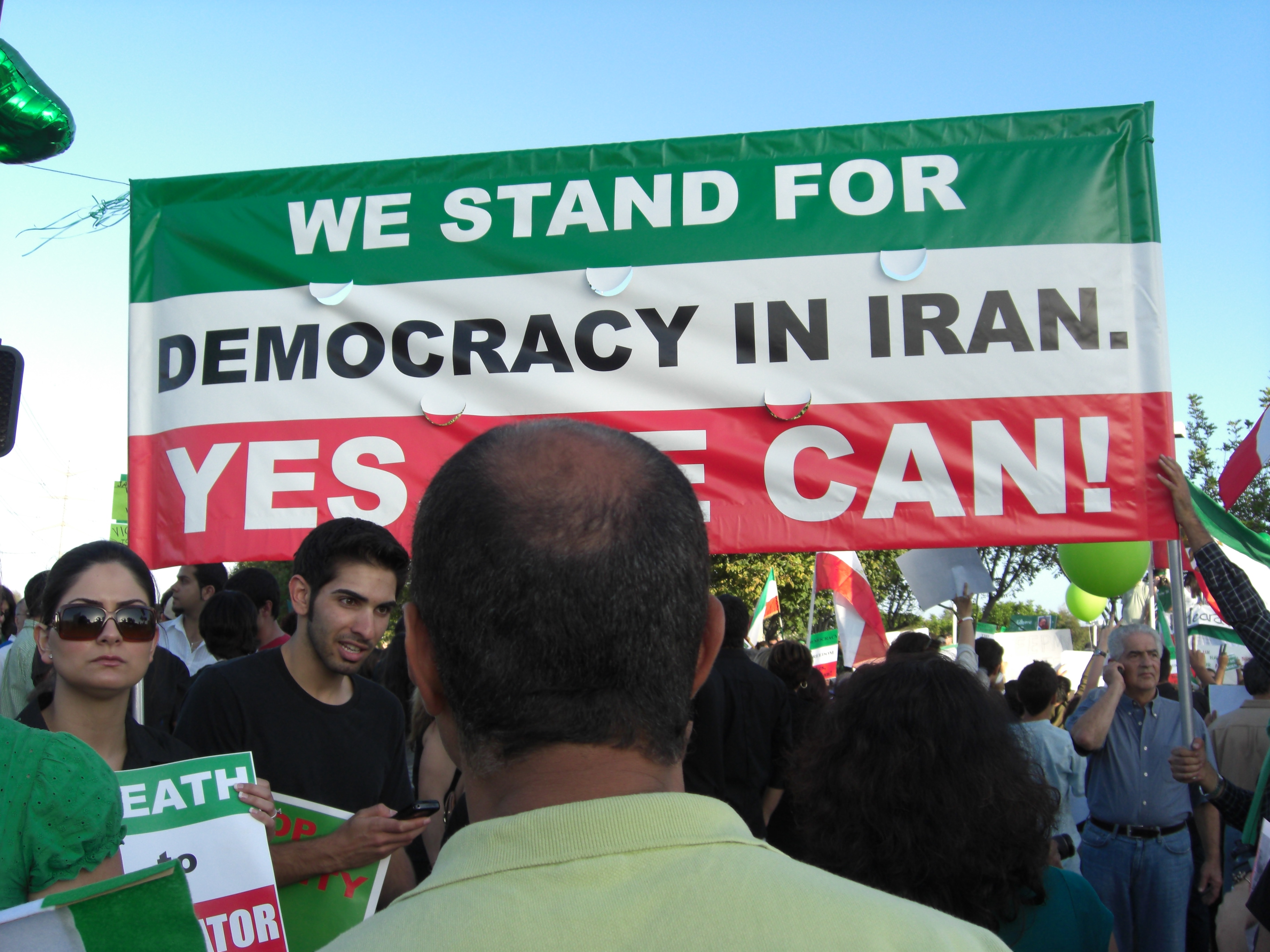 Propaganda, media repression and intimidation are the norm in Iran, but thousands of exiles will speak up for their people’s rights this weekend, writes Tunne Kelam.

Tunne Kelam is an Estonian Member of the European Parliament in the EPP group.

On Sunday, seven members of the European Parliament’s Foreign Affairs Committee were threatened by Iranian security forces during a visit to Tehran, when they tried to speak to foreign media at their hotel. Reporters at the hotel were similarly threatened for trying to take photographs and video of the incident, according to the French News Agency.

This incident is a perfect representation of the repressive media environment created by the Iranian regime. These sorts of threats and intimidation are painfully familiar to journalists and media outlets, which have been shuttered or barred from practicing their profession if they fail to hew to the Iranian regime’s propaganda.

Reporters Without Borders has ranked Iran among the worst jailers of journalists in the world. Under most circumstances, it may be easy for some Western lawmakers to ignore this pattern of repression, as it may not affect their constituents directly. But even prior to Sunday’s incident, this had changed for Americans with the arrest last July of Washington Post correspondent Jason Rezaian, who on Monday was faced with a second closed-door session of his trial for espionage and propaganda.

Even a brief glimpse at Iranian propaganda and the activities of Iranian security forces brings to light major facts about the nature of the Iranian regime and its relationships with the international community and its own people. First of all, confrontation with foreign powers, and especially with Western democracies, is central to the regime’s identity and its attempts to influence the thinking of Iranian citizens.

Secondly, although it is clear from social media and the underground activities of the Iranian people that they overwhelmingly reject this propaganda, any efforts by those people to reach a foreign audience is fraught with difficulty. Notwithstanding the popularity of banned platforms like Facebook and Twitter in Iran, people who speak freely online are at risk for lengthy prison sentences on any number of vague charges such as spreading corruption or insulting the supreme leader.

Direct activism carries an even greater risk, as evidenced by the hundreds of political prisoners being held in Iranian jails at any given time. Last month’s arrest of female journalist and human rights activist Narges Mohammadi for “anti-government publicity,” is one of the latest examples. But the continuation of such imprisonments illustrates that many of the Iranian people continue to speak out. That is to say that they are not being cowed even as they are being silenced by arrest and by the regime’s highly active propaganda distribution.

The Iranian people are keen to express their opposition to the theocratic regime, but they can only do so freely from outside the boundaries of that regime. The popular views of the Iranian people and the truest accounts of conditions inside the country are best expressed by exiles and dissidents. And as with anything, they are expressed most clearly and actively when expressed en masse.

On June 13 in Paris, an anticipated crowd of 100,000 exiled Iranians, together with international supporters and political dignitaries, will raise their voices in the strongest collective call for an end to the repression that dominates both the media and everyday life inside Iran.

I and many colleagues from the European Parliament and other national parliaments will attend this event.

Now that the Iranian regime has tried once again to stifle foreign media and freedom of expression, it is more important than ever to use the June 13 gathering in support of the National Council of Resistance of Iran to demonstrate international support for freedom of expression for all Iranians, both inside and outside their homeland.

Past iterations of this event have been like microcosms of Iranian society, with participation from young and old, rich and poor, from all walks of life. As such, this year’s event will also be a snapshot of what Iran would look like when Iranians of all stripes, together with foreign visitors, were free to speak to one another and to the media, without fear of intimidation or persecution.