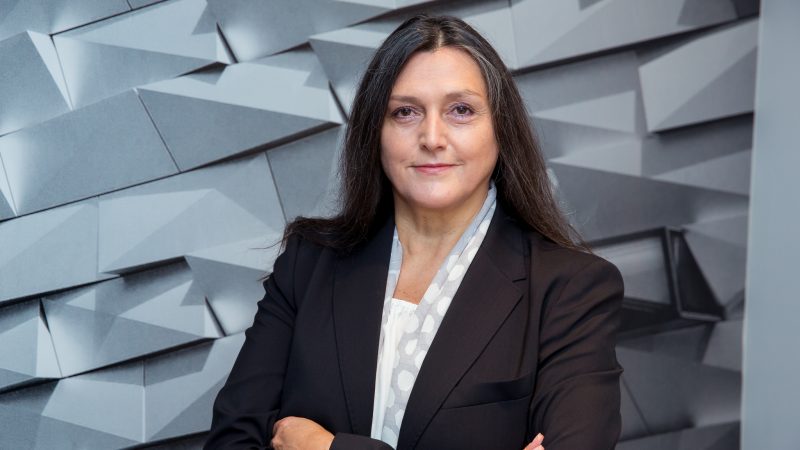 As economies start to recover from the pandemic, increased demand for raw materials combined with a shortage of labour, supply constraints and a global shipping crisis is exacerbating Europe’s existing strategic fragility.  The European aluminium value chain is an excellent case study to highlight the need for a strong European manufacturing base and stable framework conditions required to enable businesses to compete, invest and innovate.

Aluminium manufacturers produce and recycle a strategic material, vital to realising the EU’s ambition to become the world’s first climate-neutral continent by 2050. Aluminium is essential in many key low-carbon sectors, such as mobility, building and construction, and renewable energy technologies. Not only is aluminium endlessly recyclable, but its unique properties also help reduce the CO2 emissions of many products during their use phase. For example, light-weighting cars with aluminium produced in Europe this year will prevent 50 million tons of CO2 in vehicle emissions during their lifetime. Due to aluminium’s contribution to energy-efficient products, the global demand for the metal is expected to grow by 50% by 2050. In Europe, half of the demand can be supplied by primary aluminium and the other half by recycling.

The aluminium industry is also relentlessly improving its own processes. Thanks to our ingenuity, the carbon footprint of European aluminium production (EU27, UK + EFTA) decreased by more than half since 1990. The carbon footprint of European primary aluminium production is one of the lowest globally: approximately 7kg of CO2 per kg of aluminium compared to a global average of 17kg of CO2 and a Chinese average of 20kg of CO2.

Yet, despite Europe’s role in aluminium production and the growing demand for this metal, Europe is becoming increasingly import-dependant. To reverse today’s carbon and investment leakage trend, Europe needs to efficiently level the playing field and put its industry at the top of its strategic agenda.

To that end, it is critical to improve trade rules and restore normal market operation so that all producers, wherever they are, geographically or in the aluminium value chain, can compete under conditions of fairness and transparency. The European Commission has taken steps forward in the fight against unfair trade, such as developing a proposal for an instrument on foreign subsidies and imposing definitive anti-dumping duties on Chinese aluminium extrusions. But a recent decision by the Commission directly contradicts the EU’s broader trade and sustainability objectives.

In October, the European Commission completed an anti-dumping investigation into certain aluminium flat-rolled products from China, which clearly confirmed that China dumps on the EU market (up to 80%), causing significant material injury to EU producers. Definitive anti-dumping duties were set at 14% to 25% to raise China’s dumped prices to market-conform prices. However, the duties, which entered into force on 12 October 2021, were immediately suspended until 12 June 2022. The unjustified suspension will have a devastating impact on the EU aluminium value chain beyond the suspension period. It is truly perplexing that the EU willingly keeps the floodgates open for high-carbon dumped products while its domestic industry can meet the demand with more sustainable products.

Our competitiveness is further jeopardised by a lack of access to affordable green energy, which is particularly critical to the highly electro-intensive primary aluminium production. Due to the EU’s unique electricity market, European aluminium producers are exposed to unique carbon costs in electricity prices as well as to other regulatory costs linked to Europe’s climate policies. European producers therefore have a disadvantage in the global market since aluminium is traded publically and other global producers are not subject to the same kinds of costs. The Commission’s current proposal of a Carbon Border Adjustment Mechanism (CBAM) will not help stop carbon leakage and requires a lot more finetuning to eventually become a suitable measure for the European aluminium value chain. Irrespective of the final design of the CBAM, it remains an untested, complex mechanism that will first have to prove it can live up to its expectations. Until then,  the existing carbon leakage measures must be kept to protect strategic European industries, mitigate unintended risks, and minimise uncertainty.

A consistent, predictable energy and climate framework in Europe will send the necessary signals for long-term investments, which are needed to strengthen our technological leadership and enable the green transition.

If the EU cannot create the right framework conditions for our industry to remain competitive, Europe’s entire aluminium production could be replaced by Chinese aluminium. To quantify that: Europe would lose 40+ billion euros in annual turnover, 600+ plants, and over one million (direct and indirect) jobs! Not to mention the enormous increase in global emissions the loss of our value chain would result in.

This worst-case scenario is not fiction. China has already successfully forced several European industries out of the market and established near-monopolies in raw materials. Let’s never forget the case of magnesium and the trickledown effect of losing raw material production in Europe on other industries. Since the last European magnesium plant shut down in 2001 because of China’s illegal dumping, the country has evolved to the world’s main magnesium supplier: more than 87% of the world’s magnesium is produced in China; more than 93% of the European magnesium demand depends on Chinese imports.

Since mid-September, the supply of magnesium has drastically reduced due to production curtailment in China, leading to escalating magnesium prices and uncertain production outlooks. An important aluminium alloying element, the magnesium shortage affects many end-use sectors, including automotive, aerospace, defense, building, packaging, and consumer durables.

Europe has failed to save its magnesium value chain, but the window of opportunity is still open to defend its European aluminium industry. For Europe to succeed, open strategic autonomy must become a tangible reality. This means taking concrete steps to reduce Europe’s dependency on raw materials from third countries by implementing robust and consistent trade and industrial policies that defend and incentivise EU production, enabling access to affordable green energy, and accelerating long-term investments.