Resentful and reckless: The EU’s misguided policy on Iran

By David Ibsen – President of UANI 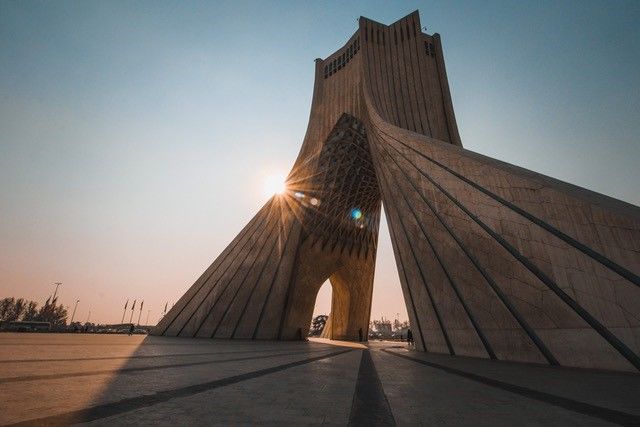 Many EU policymakers are deeply resentful of President Trump’s decision to leave the Iran nuclear deal. This resentment has fueled several shortsighted proposals that will only harm EU businesses and institutions, says David Ibsen.

David Ibsen is President of United Against Nuclear Iran (UANI), a bi-partisan, non-profit advocacy organisation based in the United States.

This approach to Iran, championed by High Representative for Foreign Affairs and Security Policy Frederica Mogherini, is increasingly discordant with the direction taken by national governments in Europe. Foreign ministers in the Council have said that they will examine imposing sanctions on the Iranian regime, while the Danish government has called for stronger action.

For example, despite efforts by EU politicians to keep trade flowing to Tehran, countless European entities – including Renault, Volkswagen, Total, Siemens, and even long-time hold outs like Volvo – have all announced plans to vacate their Iran business and trade relationships.

In a more recent example, the Brussels-based financial messaging service SWIFT last month announced it was disconnecting Iranian banks from its system, greatly inhibiting Iran’s ability to do business. Like other European businesses, SWIFT resisted short-sighted demands of EU policymakers and relied on its own judgement and risk evaluation to decide how to proceed.

By contrast, EU politicians – led by Mogherini in Brussels and German Foreign Minister Heiko Maas in Berlin – have pushed myopic schemes that effectively force European entities to engage in Iran activities that they simply do not want.

In a speech in late August, Maas proposed that the EU establish payment channels independent of the U.S., and a European monetary fund, with the express goal of circumventing U.S. sanctions on Iran.

Not to be upstaged, Mogherini engineered the passage of a blocking mechanism prohibiting EU companies from complying with US sanctions and a €50 million package, charged to the European taxpayer, to compensate the Iranian regime for lost trade revenue. What Mogherini and Maas refuse to acknowledge is that irrespective of U.S. sanctions, EU business leaders are independently arriving at the conclusion that the challenges and risks of operating in Iran far outweigh any benefit or financial gain.

The basic logic underpinning the Joint Comprehensive Plan of Action (JCPOA), as the Iran nuclear deal is formally known, was that Iran would receive relief from sanctions in exchange for placing restrictions on its nuclear program. But European entities and taxpayers should not be forced to pay-up to sustain this crumbling construct, especially given that Iran uses the very profits gleaned from European trade and business activity to fund terrorism on European soil.

While EU politicians such Mogherini are working hard to increase business links, national governments in Europe are beginning to take a stand. On Monday 19 November, foreign ministers in the Council agreed to examine possible sanctions on the regime in response to the overt aggression displayed in Denmark and France.

Mogherini’s own plan to circumvent US sanctions has also run into roadblocks in the form of EU member state governments. The success of her blocking mechanism depends on a European country being willing to host the vehicle delivering it.

This, however, has proved impossible so far: no country has accepted Mogherini’s albatross, presumably because they know just how negatively it will impact their relationship with the U.S. This fact, combined with the onset of re-imposed US sanctions and Iran’s record of support for terrorism in Europe and worldwide, should compel remaining European businesses to leave Iran.

There is no justification for Europeans to provide goods or services that help the Iranian regime fund terror attacks in Europe. A clear-eyed evaluation should lead any responsible actor to steer clear of Iran – the world’s leading state sponsor of terrorism and the bankroller of slaughter and misery in Syria. European political resentment over the failure of the JCPOA will eventually fade – but the costs and the stigma for businesses and commercial entities working with the brutal Iranian regime may not.

One response to “Resentful and reckless: The EU’s misguided policy on Iran”