Say yes to human mobility and no to Fortress Europe 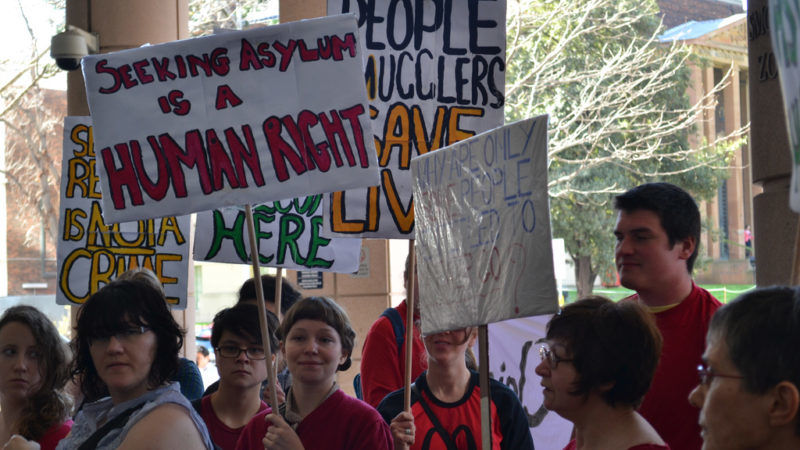 EU leaders will this week meet to agree, once more, on ways to keep migrants out of the EU. Out of sight may be out of mind but such a policy is only encouraging the deaths and suffering of tens of thousands of people, warns Leila Bodeux.

Leila Bodeux is Caritas Europa’s policy and advocacy officer for migration and asylum.

Caritas Europa believes that the EU and its member states now have a choice: they can continue the outdated, harmful migration policies or they can help stop this tragedy by investing in a modern and dynamic, welcoming Europe.

As François Crépeau, UN special rapporteur on the human rights of migrants, said: “The so-called ‘migration crisis’ is policy driven. Placing restrictions on mobility is part of the problem, not of the solution.”

Attempts by the EU member states to stem migration mirror a blatant failure to fulfill their moral and legal duties to help people in need. Worldwide 80% of refugees are hosted in developing countries, yet rather than helping to relieve this burden, EU countries are pushing these countries to do even more.

A clear example of this trend is the ongoing negotiation on the reform of the failed Dublin system, which is increasingly framed around border controls, return and readmission agreements. Politicians try to step up the number of rejected asylum seekers to give credibility to the EU asylum system with the public opinion. Yet such an approach is widely misguided.

Recent research shows that the majority of Europeans (56%) are actually in favour of welcoming more refugees in their country.

The need for such facts to be acknowledged is clearly vital given the tragedy of the Mediterranean route, which has turned the sea most known as a holiday destination into an open-air cemetery.

Since the beginning of the year, 1,650 people have died trying to cross to Europe. In 2016, more than 5,000 people died trying to make the crossing. But the avoidable deaths of pregnant women, toddlers and babies do not seem to move our leaders anymore.

Instead, in Italy, for example, NGOs carrying out search and rescue operations have become victims of smear campaigns by politicians accusing them of colluding with smugglers. A far-right movement even managed to raise almost €65,000 in less than three weeks to set up sea operations to disturb NGO rescue attempts.

Indeed, anxious about losing votes to vocal far-right parties, instead of listening more carefully to the majority of their voters, politicians across Europe have backed greater cooperation with origin and transit countries to stem migration flows.

In short, boosting returns seems to have become the silver bullet solution for EU politicians. Since the Malta Declaration in February 2017, trainings of the Libyan coastguard has intensified and €200 million has been offered to the UN-backed Libyan government.

But given the chaos raging in the country and the abundant evidence of human rights abuses, including torture, rape, forced labour and slave trade, how can the EU expect Libya to better manage migration?

This issue was recognised on 21 May by UN High Commissioner for Refugees, Filippo Grandi, who raised the alarm about the worsening humanitarian situation and called for the release of refugees and migrants detained in abhorrent conditions.

Given its geographic position, Italy cooperates intensively with Libya through several agreements, despite a previous condemnation by the European Court of Human Rights for returning refugees to Libya where they would be at risk of torture.

On 10 May, the Italian-Libyan cooperation led Libyan coastguards to intercept in international waters and return to Libya a boat packed with 500 people. Disturbing accounts of Libyan coastguards threatening migrants and NGO staff with guns during operations at sea should trigger outrage.

But EU policymakers continue to turn a blind eye to such matters, proposing plans that would mean more of the same. For instance, one idea is to duplicate the Australian offshore asylum model, despite the large-scale human rights abuses it entails, as proven by many international organisations.

Under such a scheme, boats would be returned to North African countries where asylum applications would be processed, undermining the principle of non-refoulement.

Another idea would be to replicate the EU-Turkey deal. Fast asylum applications screening would be carried out in Italy with the support of a European mission, followed up by either relocation in the EU for those granted asylum or a prompt return for those denied asylum, thanks to “take back” agreements with origin and transit countries.

The red thread in all these ideas is the assumption that irregular migration, and subsequently smuggling and trafficking will drop when the probability of being effectively returned increases. But it is high-time for policy makers to understand that building Fortress Europe will not stop migration.

No walls, no human rights abuses, no coast guards or threat of return will stop desperate people from searching for a dignified life in Europe, no matter how deadly the attempt may be.

Irregular migration will not decrease unless policymakers propose safe and legal pathways to Europe and carry out genuine development cooperation, free of migration control conditionality, with the world’s poorest countries. EU decision-makers cannot expect to fight irregular migration, smugglers and traffickers if they feed it by closing most legal means to reach Europe, including the right to apply for asylum.

The time is ripe to anchor policies in facts and evidence, rather than in fear and quick fixes.

Europe has the moral duty and the material means to welcome, protect, promote and integrate people in need. There are plenty of tools to open efficient, safe and legal pathways to Europe, such as humanitarian visas, resettlement, community sponsorship, humanitarian corridors, and family reunification.

In these unsettling times, Europe can take strong global leadership and promote a fair and humane world by dismantling old, stiff Fortress Europe and by investing in a modern and dynamic, welcoming Europe that fosters human mobility.

This is the future.