Should Europe impose sanctions on the Maldives? 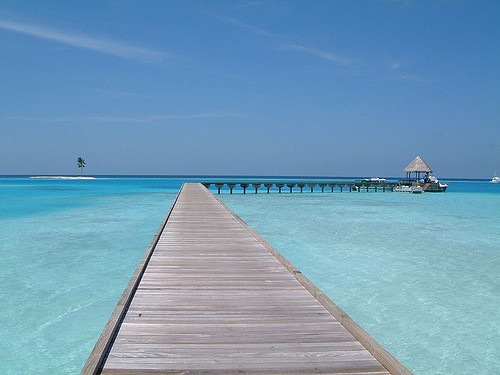 MEP Richard Howitt (S&D) is Vice-Chair of the European Parliament’s Delegation with South Asia and is British Labour Spokesperson on Foreign Affairs and Human Rights.

One key test of democracy in countries where it has only recently emerged is how far rights of the political opposition are fully respected.

There is a temptation for governments to dismantle the tools which enabled them to be elected in fledgling democracies, to use newly-acquired power to hold on to that power.

In countries where there has been conflict – real and political – there is further fuel to exact reprisals against political opponents.

In small nations, it is highly personalised too. Such is the case of The Maldives.

World famous for its luxury holidays, The Maldives has become notorious for democratic and human rights abuse.

Having ended a thirty year dictatorship with its first democratic transition of power in 2008, only for its newly elected president to be removed in what he alleged was a coup four years later, but where anti-democratic claims exist on both sides.

Today, Human Rights groups point to what they call a large number of political prisoners, while opposition parties allege huge corruption, security forces preventing their rallies and political campaigning and that any attempt to publicly criticise the government makes them subject to arrest and intimidation.

One MP told us she had to employ a security guard, following death threats to her ten year old daughter.

The same human rights groups accuse the international community of pressing local parties to accept commission of inquiry findings which allowed a return to elections after 2012, but of failing to press for implementation of fundamental reforms to the police and judiciary contained within the same report.

With the situation deteriorating in the period since, the European Parliament already voted last year to support moves towards targeted sanctions against political and business figures responsible for the abuses, while the Commonwealth appointed a Ministerial Action Group, which may suggest moves towards its own ultimate sanction of possible suspension.

I was in Malé this week as Vice-Chair of the European Parliament’s standing delegation with South Asia, coincidentally at the same as the Commonwealth Ministers, drawn from Kenya, Guyana and India.

Both groups were able to swap notes about hearing evidence of people “living in fear” and of “arbitrary decision-making”, whilst wanting to help rather than criticise such a young and remote democracy.

The polarisation in the country is personalised around the treatment of the former President Nasheed, arrested by his successors for illegally ordering the detention of a judge, but subsequently seeing the charges converted to terrorism, and subsequent conviction to thirteen years in prison.

Currently flown to London for urgent medical treatment as a concession to international pressure, we were the first international observers to be able to publicly inspect the prison conditions in which the President is being held.

The “special protection quarters” inside the prison were actually clean and with basic comforts, but they were still far from the outlandish claim of the country’s Foreign Minister, that the President “had access to his own swimming pool.”

What was poignant was the book, tie and mobile ‘phone charger discarded loose on the bed, all of which gave a clear impression that this was a prison cell in to which the inmate would soon return.

Prison guards appeared humane and cooperative, but their assertion that 15 of the prisoners were convicted “terrorists”, came with the revealing explanation that their offences involved “carrying sharp objects” and “taking part in protests.”

A separate meeting with Nasheed’s legal team, yielded first-hand evidence of how defence lawyers had been given insufficient time to prepare the case, of defence witnesses unable to be called and of deep ‘conflicts of interest’ in the court.  The judge and prosecutor also acted as witnesses in the same case, I was told.

The challenge for Europe and others internationally, is to raise these concerns without appearing to be partisan for the former President, alienating those in Government, in whom we most hope will listen.

Carefully, we raise other high profile cases of alleged political prisoners, including former Vice-President Adeeb, military Colonel Nazim, and the lack of an apparent credible investigation in to the continuing disappearance for over a year of the journalist, Ahmed Rilwan Abdullah.

Abdullah wrote about alleged corruption between the country’s politicians and its lucrative tourist trade.

Even while we are in the country, a former Prosecutor-General is arrested, allegedly for failing to cooperate with a case he knew to be unjust, and Sheik Imran of the Adhaalath party became one more opposition political leader taken in to jail.

Current President Yameen made a speech telling foreigners to “mind our own business”, just hours after telling our delegation that he would “follow the trail of evidence in corruption cases, wherever it leads.”

The candid admission by governing party MPs in informal exchanges that “we are only doing to the opposition, what they did to us,” suggests the roots of the problems of the country do not lie with one person or party, but with the political maturity inside this young nation.

But the wealth of the tourist market and the integral part it plays within the country’s politics, mean the threat of sanctions may be one of the few actions, which can have real effect.

Given rising Saudi and Chinese influence in the Maldives, and its dubious distinction as the country which has sent the highest number of foreign fighters per capita to ISIS in Syria, The Maldives is not a country with which Europe should disengage.

Nevertheless, there is every evidence that its senior political and business figures do not want their foreign travel banned or their foreign bank accounts frozen, even more than genuinely those of us in Europe reluctantly consider deterring our tourists from enjoying the islands’ exotic charms.

Already, the European Union has sent an Italian judge to assess the country’s legal system, which may lead to joint action between ourselves and The Maldives to fundamentally address the judicial flaws which beset the country.

Later this month, the Commonwealth Ministers will produce their report, as will the European Parliament, and a United Nations Assistant Secretary-General will further visit the islands, in a fresh attempt to kickstart inter-party talks which can seek to overcome the current crisis.

Such concerted international pressure has already succeeded in getting one political prisoner, at least temporarily set free.

The same pressure must be continued – the threat of sanctions, included – to permanently liberate the whole country from its democracy being lost.