The Brief – A question of diplomacy 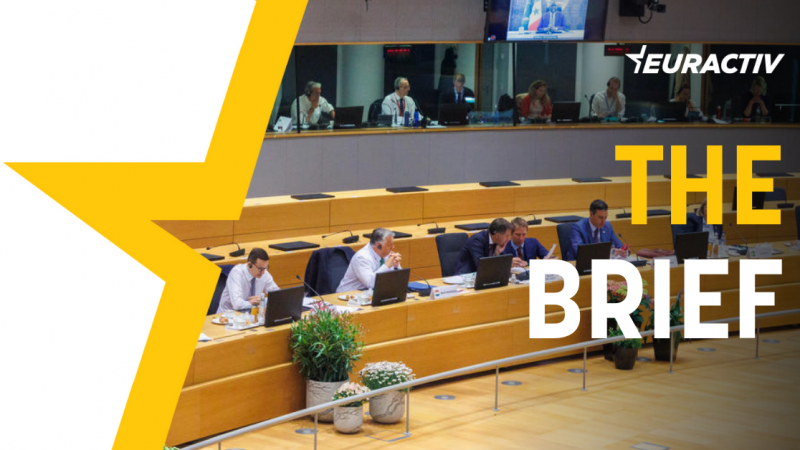 It was telling that while day one of this week’s EU summit focused on getting a compromise agreement on a Russian oil embargo over the line, day two was about food security and the EU’s southern neighbours.

During the COVID pandemic, the European Commission was outmanoeuvred in the international diplomatic battle at several points.

Then, when vaccines became available, the EU and other wealthy powers rushed to buy them up, prompting accusations from the Global South of hoarding and ‘vaccine apartheid’.

Part of the legacy of these diplomatic missteps is the ongoing international row over the use of the intellectual property rights used to make vaccines and a debate on a treaty to properly prepare for any future pandemics.

The EU executive knows it needs to avoid similar errors in its economic and diplomatic war against Moscow.

As the EU has found from the Hungarian government’s attempts to block, delay, and water down the sixth sanctions package, a common foreign policy can only have teeth if the bloc can maintain a united diplomatic front.

The concern amongst EU officials must be that the Russian narrative – the sanctions against it are responsible for the recent increases in energy and food prices – could gain traction in Africa. The African Union will hold its own meeting with President Vladimir Putin in the coming days.

Most of the continent’s major economies, including Nigeria, South Africa, Egypt, and Kenya, have increased interest rates in recent weeks.

Like EU states, their public finances have been badly hit by the COVID pandemic. However, most lack the fiscal space to offer subsidies to mitigate price rises.

A number of states, particularly those in North Africa, such as Egypt and Algeria, are the most obvious potential partners in increasing gas supplies to Europe as long term alternatives to Russian gas. On the flip side, those countries are also among the most vulnerable to wheat shortages.

Meanwhile, Russia has been pushing its interests, most notably defence and military partnerships, across the region.

While most African leaders have held back from publicly condemning Russia’s invasion or voting against Putin in the United Nations, they have abided by the terms of the sanctions regimes imposed by the United States, EU and others, abandoning the bulk of their trade with Russia, much of which is in agricultural produce and fertiliser.

Senegal’s President Macky Sall, who currently chairs the African Union, has warned that ‘the worst may yet be to come if the current trend continues, and that cereal yields in Africa could fall by 20-50% this year.

The EU summit conclusions shied away from specific promises on financial support, but the broader promise of financial and technological support for African agriculture and food supplies was unmistakable.

But if the EU wants African states to back its stance against Russia and hopes to maintain its influence there, it will have to keep those promises.

Children of Ukraine need help with their trauma

As millions of children are forced to abandon their homes and loved ones in Ukraine, Eurochild members report the lack of child psychologists in host countries across Europe. Read how Eurochild is helping young children of Ukraine deal with their trauma through storytelling.

The European Union slashed greenhouse gas emissions 34% below 1990 levels by 2020, overshooting the bloc’s target of 20%, according to official data from the EEA on Wednesday.

French President Emmanuel Macron and his new Health Minister have proposed changing the way emergency services in hospitals are run, one of the sore points of the country’s health system.

Following a meeting of EU leaders on Tuesday, European Commission President Ursula von der Leyen has called for the EU and Africa to step up efforts on food production to make up for the deficit left by the Ukraine war.

Meanwhile, France’s insurance sector is growing again while banks have seen a “return to normal” after the COVID-19 crisis, the governor of the Bank of France said on Tuesday.

In other news, after violent clashes occurred during the Champions League final on Saturday, the Mayor of Nice has revived the debate on facial recognition.

Last but not least, check out our latest Green Brief and the Health Brief.