The Brief – Crime and Punishment 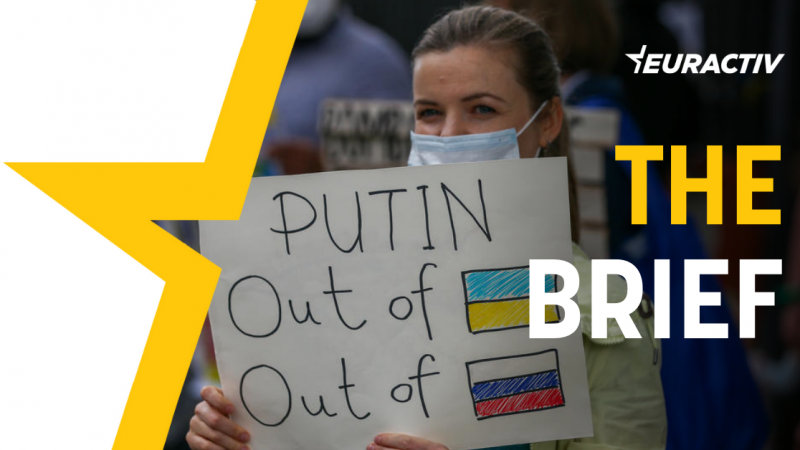 Vladimir Putin’s dirty war in Ukraine drags on, much to his annoyance. In the meantime, ideas in the West are multiplying about how to punish him for his despicable aggression, the crimes already committed, and those yet to come.

Former Bulgarian President Rossen Plevneliev said on national TV on Monday that he was one of 300 high-level signatories of a letter calling for a special tribunal, distinct from the existing ones, to investigate and punish Putin’s crimes.

But there is a problem.

The authors of these ideas seem to forget that one day soon, the time will come to negotiate peace in Ukraine. Then, unless a miracle happens, world leaders will need to talk to Putin and get his agreement on a number of key issues.

Dolling out punishments in various forms is not conducive to getting onside a leader suffering the consequences of his damaged pride.

Meanwhile, comparing Putin to Hitler has become commonplace these days, although it turned out that Time magazine did not really publish the ‘art’ cover that went viral on social media. If Western leaders make this comparison, they will find it hard to justify speaking to him ever again.

On the topic of punishments, some of the ideas are not only extreme but rather misguided. One example is an Italian university suspending a course on Fyodor Dostoevsky, the author of ‘Crime and Punishment’, one of the most lauded and appreciated pieces of literature in the world. But after an uproar among intellectuals, the university reportedly reversed course.

As the war rages on in Ukraine, provoking Putin further is probably unproductive.

Putin may be the loser of this senseless war he started, but considering Russia as a defeated country and planning harsh punishments for its leader make a future deal for the global status quo somewhat unattainable.

Furthermore, if Putin feels cornered, he will become more dangerous. Pundits believe he could be tempted to use prohibited chemical weapons and blame Ukraine or engineer a low-scale nuclear disaster.

If Putin feels humiliated or backed into any kind of corner, peace will become elusive, we will see more atrocities, and many more Ukrainians will die.

Crime and Punishment tells the story of Rodion Raskolnikov, an impoverished ex-student in Saint Petersburg who murders a female pawnbroker, seeking to convince himself that certain crimes are justifiable if they are committed by ‘extraordinary men’ to attain higher goals.

However, once the deed is done, he finds himself racked by confusion, paranoia, and disgust. As the novel unfolds, his theoretical justifications lose all their power as he struggles with guilt and horror and confronts the consequences of his deed.

Putin is not Raskolnikov, and he does not have the spiritual sensitivity of Dostoevsky’s protagonist. But this is not the only point we want to make.

Putin’s crimes will be punished by the Russians, who, just as Raskolnikov, will wake up to the horrendous internal and external consequences of his deed. This is inevitable.

The first step is to document these crimes.

Read this article as a part of our special report on How participation and digitalisation can help implement EU democracy: Russia’s attack on Ukraine is also being fought in the information space. While the narratives to justify the aggression have not changed significantly, the growing number of Russia’s fake reports might be used to justify even more dramatic actions, a senior official of the EU’s diplomatic service told EURACTIV.

As Russia’s invasion of Ukraine continues, reporters already on the ground and international media organisations sound the alarm over journalists actively seeking routes into a war that they may not be prepared to cover.

The EU and the US should draw a clear red line between what is sanctioned and goods that can be continued to be traded with Russia, Kairat Torebayev, vice-minister of trade and integration of Kazakhstan, told EURACTIV.

Slovakia and Italy have called for adjusting the Common Agricultural Policy (CAP), including a policy postponement and a reconsideration of the EU’s green ambitions amid fears of food insecurity caused by the war in Ukraine.

The Council of 27 EU member states has agreed to extend the regulation establishing the EU Digital COVID Certificate by one year, until 30 June 2023, but the extension now needs to be negotiated with the European Parliament.

EU employment and social affairs ministers have adopted a general approach on the directive to boost gender equality on corporate boards, ending a decade-long stalemate and paving the way for final talks between the European Parliament and the Council.

Open Radio Access Network [RAN] is set to favour innovation in the telecommunication market, but legacy operators resist the change as they fear a drop in profitability and market shares.