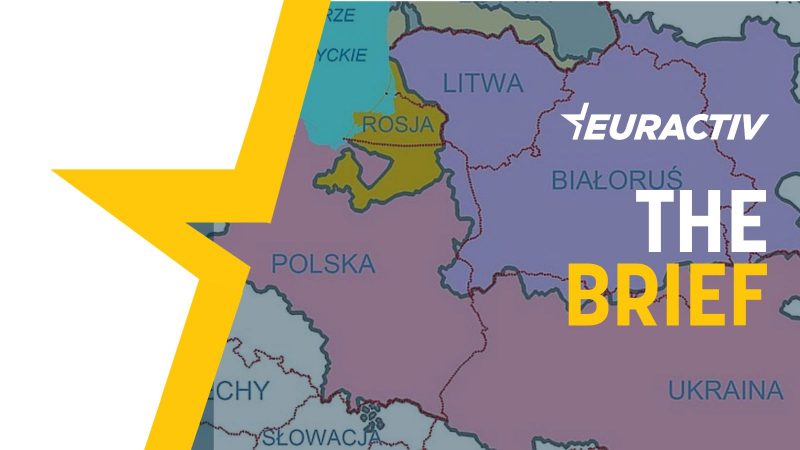 Russia’s invasion of Ukraine has turned into a World War III of sorts, one that will result in major changes, including new borders in Europe, after which we are not sure that France and Germany will remain the largest and most influential countries in our union.

The gap between France, which says Russia (and Vladimir Putin) should not be humiliated, and a group of countries with Poland at its centre, which want Russia defeated, should not be taken lightly.

There is much more here than the usual contradiction between hawks and doves in a society or an organisation.

Putin’s Russia has made many mistakes by starting this war. It has united and strengthened NATO, convinced Sweden and Finland that they should join the alliance, and inspired Denmark to abandon its EU defence policy opt-out.

But something much bigger, less visible, is the real game-changer.

Poland, a country, along with Hungary, often referred to as the EU’s black sheep, for taking liberties with the rule of law, has now gained moral authority for having been proved right in its attitude toward Russia.

Poland has gone to great lengths in providing all kinds of assistance to Ukraine. Never have relations between two countries in Europe flourished with such magnificence.

There are several scenarios for a post-war settlement, but all of them seem to augur a geopolitical rapprochement between Warsaw and Kyiv. We have taken a little bit of liberty in imagining them.

In the worst-case scenario, Ukraine would be depleted of much of its territory, and the remains would be integrated into Poland. Hungary may want a piece, but Viktor Orban will likely end up empty-handed.

In the best scenario, Ukraine would retain most of its vast territory.

Faced with a denial of its fast-track EU membership, Ukraine could merge with Poland, which would automatically give it the status of EU territory, as the former German Democratic Republic was integrated into Federal Germany in 1990.

For those who will assume a legal problem here, let’s remember how careless the EU has been with its territorial integrity.

In 2004, the total territory of Cyprus became a member of the EU. The fact that Turkey de facto controls its northern part has not seemed to ruffle any feathers in Brussels.

The name of the future state is a detail, but we can assume that it would contain both the names of Poland and Ukraine for legal and political considerations, thus, it would not be named Rzeczpospolita, although it would be similar to the first Rzeczpospolita Polska of 1569-1795.

With a population of 80 million and 900,000 sq km, such a state would have more territory than France or Germany and more population than France.

More importantly, it would be a natural core for a group of like-minded countries, including Lithuania, Latvia, Estonia, and recently also Slovakia, as well as possibly Romania, which in turn, may pursue its own merger project with Moldova.

Bulgaria has yet to decide what role it will play. Still, both Romania and Bulgaria, situated on the Black Sea, will gain importance, as the former plans for a Silk Road need to be reformatted to a central route via the Caspian and the Black Sea.

The balance of power in the EU would logically change, as would the strategies for the EU emancipation from the US. Unlike France, Poland and its friends attach utmost importance to the Atlantic relationship.

Although this sketch sounds much like political fiction, we are aware that such considerations are present in the minds of EU politicians and diplomats when it comes to Ukraine-related decision-making.

This could explain why France and Germany provide help by the dropper and tread somewhat cautiously.

When Putin started this stupid war, he dealt a terrible blow to the two EU powers that are so friendly to Russia. It isn’t easy to imagine how they could recover.

A number of European countries have stepped up efforts to reopen maritime corridors to transport Ukrainian grain, possibly with the help of a third-party security guarantor, but it remains unclear if Russia would agree to any deal.

EU lawmakers are working to strengthen the Commission’s proposal to ensure that women fill 40% of non-executive board seats of listed companies, while campaigners call for a swift adoption of the text before the end of the French presidency of the EU Council.

Record inflation and sluggish growth threatening French purchasing power are at the heart of the political debate, with the country set to head to the polls again on 12 and 19 June.

While moving away from pesticides will create difficulties, particularly in terms of productivity, agroecology is the necessary solution to face this problem and ultimately generate gains in production, researcher Xavier Reboud told EURACTIV.

Russia hit Kyiv with cruise missiles fired from the Caspian Sea on Sunday, striking a rail car repair facility in the Ukrainian capital in the first such attack for weeks, Ukraine’s army and the country’s railway chief said.