The Brief – Germany must relearn the language of power 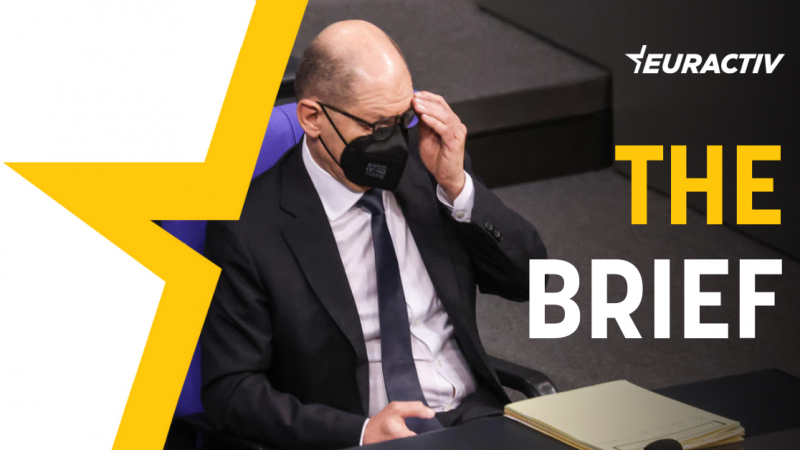 Germany’s dialogue-based, peace-driven approach to the European security architecture has yielded considerable economic and diplomatic successes in the past, but it is increasingly clear that the EU’s biggest country has to (re-)learn the language of power if it wants to have a role in the international security order of the future.

Berlin’s foreign policy approach has always been clouded by the dark chapters of its modern history. “Never again” was the slogan that underpinned its foreign policy endeavours in the last decades and rendered any military action taboo.

However, in an increasingly hostile world, where autocracies actively promote an alternative to the Western model of liberal democracy, a foreign policy rooted only in the promotion of peace – no matter what – is destined to fail.

Amid ongoing tensions with Russia, Germany still clings to its narrative of being a force for peace and good in the world: not sending weapons to Ukraine, blocking arms deliveries of allies, and avoiding alienating Russia at all costs.

This is particularly visible in the language Chancellor Olaf Scholz uses. While he repeatedly reiterates that any Russian invasion in Ukraine would be met with harsh sanctions, he never specifies what these sanctions would actually entail.

When US President Joe Biden announced that he would put an end to Nord Stream 2 if Russia launched an attack on Ukraine, Scholz stood next to him – in silence.

“It is part of the process that we do not put all (possible sanctions) on the table”, Scholz replied after being asked by reporters about the controversial gas pipeline.

His hesitancy to even rephrase words publicly uttered by Biden speaks volumes of the German fear of doing or saying anything that could endanger a potential peace process in Ukraine or cause anger in the Kremlin.

Better to say nothing than to take a clear stance and face potential political backlash – that seems to be Berlin’s motto in the crisis.

This conciliatory approach has long worked for Germany. It allowed the global export champion to build close ties with everybody across the globe and advance its industrial output through international trade.

However, the approach has fallen out of time in a world driven by great power competition and international disorder. Vladimir Putin – seen by many as the epitome of power politics – will only listen to the language he understands: the language of power.

For a long time, the EU has also been stuck with its appeasing language – much to the chagrin of its transatlantic allies. This became painfully apparent when the Ukraine crisis spiralled out of control in 2014.

A leaked phone call revealed the true feelings of the US about the EU’s role in the process at the time.

Victoria Nuland, at the time the US point person for the Ukraine crisis and the current undersecretary of state for political affairs, voiced her dissatisfaction pretty aggressively.

But it seems the EU has learned its lesson – at least on a language level. With Commission President Ursula von der Leyen saying that her Commission will be a “geopolitical” one and EU chief diplomat Josep Borrell warning of a “return of power politics”, the EU has already made the first steps in the right direction.

Berlin has yet to embark on this path and readjust to the new realities.

This time around, Germany seems to be the primary source of dissatisfaction in the alliance. Who knows what curses US officials utter behind closed doors to refer to Germany’s role in the ongoing conflict.

** If you are interested in news from and about Germany, feel free to subscribe to our new Europa Kompakt newsletter and receive the latest news and exclusives in German!

The dissemination of child pornography has exploded during the pandemic, NGOs warned on Safer Internet Day (8 February), pressuring the European Commission to present its initiative to counter the phenomenon following months of unexplained delays.

A draft revision of the EU’s pesticide framework, obtained by EURACTIV, sets out multi-pronged plans to address shortcomings on integrated pest management (IPM), but campaign groups say these still fall short of what is needed to transform the sector.

With EU legislation on mandatory human rights and environmental due diligence to be proposed by the EU Commission in February, a cross-sectoral coalition of EU companies have called for it to adopt a risk-based approach and apply it to all companies operating in Europe.

In an interview with EURACTIV, Professor Kalypso Nicolaïdis said that Conference on the Future of Europe (CoFoE), stakeholders have done the best they can do, but to make it a permanent exercise within the EU, there needs to be room for constructive criticism.

The European Commission’s proposed regulation to slash methane emissions should be stricter on imported fossil fuels and tackle greenhouse gas emissions beyond Europe, according to the lawmakers who are drafting the Parliament’s stance on the proposal.