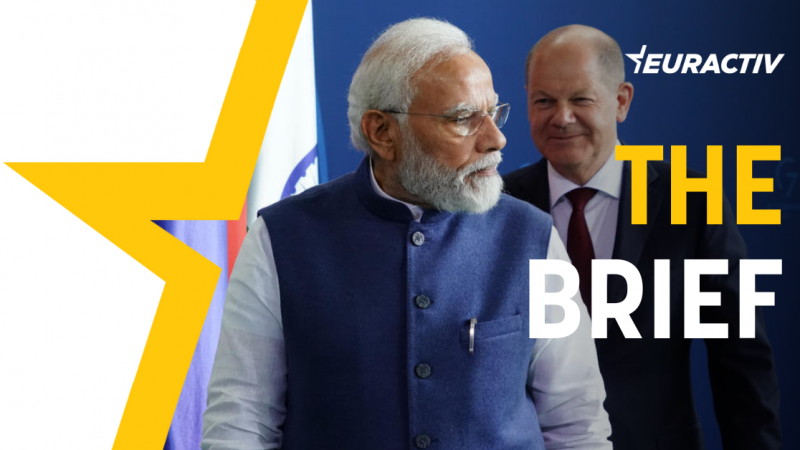 Since the onset of the war in Ukraine, the German government has increasingly shifted its attention toward non-Western democracies, trying to forge alliances to isolate Russia and ensure that the emerging multipolar world order bears a Western signature. However, the push is likely to fail.

German Chancellor Olaf Scholz has reiterated the importance of fostering closer ties with ‘like-minded’ non-Western democracies over and over again.

“It is worth working together on a world order that does justice to the multipolar reality of the 21st century,” he stressed in a speech on Thursday.

In May, Scholz held government consultations with India and travelled to three democratic African states later the same month.

To forge closer ties with these states, Scholz invited India, South Africa, Senegal, Indonesia, and Argentina to participate in a G7 summit later this month.

Scholz stressed that these countries would be democracies, closely connected to the West. However, despite all the flowery words, these countries are far less aligned with the West than Germany might hope.

Even their status as ‘like-minded democracies’ could be called into question.

India, often dubbed the globe’s largest democracy, is a case in point.

While Scholz and Indian Prime Minister Narendra Modi emphasised their shared values, India refused to support the West’s push to condemn the Russian aggression in Ukraine and aggravated the global food crisis through an export ban on wheat. Modi’s regime is also under increased scrutiny over human rights abuses and violent attacks on India’s Muslim population.

In late February, some leading political scientists and lawyers warned that India was even standing on the brink of a genocide. Not exactly the behaviour of a “like-minded state”

Meanwhile, despite Scholz and the EU having continuously praised the close collaboration with the African Union, its chairman Macky Sall, also Senegal’s president, has made a remarkable set of U-turns in his policy towards Russia.

Following a meeting with Vladimir Putin, he called on his “partners” to lift their sanctions against Russia – only days after appearing to form a united front with the EU on the issue of food security.

All these examples highlight that the German vision of a united front of the world’s democracies are unlikely to lead to tangible results.

The world is indeed heading towards a multi-polar global order.

However, the attempts to further integrate these countries into a Western system of international relations and values are destined to fail.

Countries like India or Senegal will continue to balance the interests of different power centres, or even attempt to become one of these centres themselves. They have their own political priorities and often complicated colonial legacies with the European countries that now seek their assistance against Russia. For them, alignment with the West is only one of many options on the table.

Despite a friendly global response, the only option to restore grain exports from Ukraine is to win the war as Russia can not be trusted in any plan aimed at unblocking seaports in the south of the country, Ukraine’s deputy agriculture minister told EURACTIV in an exclusive interview.

Germany will re-examine its plans for the implementation of the EU’s Common Agricultural Policy (CAP) in light of the war in Ukraine, the agriculture ministry said in response to the European Commission’s call to move towards ‘resilient and sustainable’ agriculture.

Bulgaria has an estimated 500 billion cubic meters (bcm) of shale gas but current legislation prevents its exploitation and the government has no plans to change the status quo, despite Russia having stopped gas supplies. The country needs three bcm per year.

Kosovo will apply for EU membership at the end of this year, Prime Minister Albin Kurti said during a joint press conference with German Chancellor Olaf Scholz in Pristina on Friday.

As always on Friday, don’t forget to check out our  Agri and Tech Briefs.