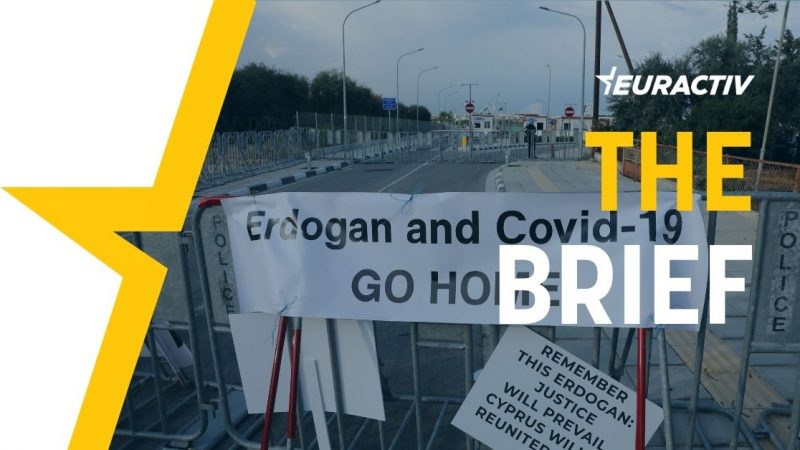 Cyprus is an excellent destination for holidays, but it is also a geopolitical volcano. Turkish President Recep Tayyip Erdoğan, who doesn’t miss an opportunity to annoy the EU and infuriate Greece, is very active during this holiday season.

Among other things, he is calling for a two-state solution of the protracted Cyprus problem and wants to re-open parts of Varosha, the ghost town that before 1974 was a blossoming resort hosting celebrities such as Elizabeth Taylor, Richard Burton, Raquel Welch and Brigitte Bardot.

The author of this Brief saw Varosha during the inauguration of the Cyprus presidency of the Council of the EU in 2012, when the hosts were so kind as to leave the journalists who so wanted to privately visit the occupied territory of northern Cyprus. Actually, under EU law, the entire territory of Cyprus is EU soil.

At that time, Turkish Cypriots with whom EURACTIV spoke, were hoping for UN-led talks to achieve the reunification of the island, but despite high expectations, the talks collapsed in 2017.

Since then, Greek-Turkish relations have deteriorated on many accounts, especially in the context of offshore gas drilling in the Eastern Mediterranean. A high point in this escalation came in February 2020, when the Turkish authorities facilitated the entry of thousands of migrants into Greece.

The latest culmination came just a few days ago, when Erdoğan gave a speech in the Turkish part of Nicosia to mark the 47th anniversary of the 1974 Turkish invasion that split the island in two.

Sooner or later, he said, the international community would accept the two-state solution and recognise the so-called “Turkish Republic of North Cyprus (TNRC).” Turkey is the only country in the world to recognise the TRNC and keeps 35,000 troops there.

Turkey’s influence has increased as a result of alliances against common enemies (the Armenians) with countries such as Azerbaijan or in the framework of Pan-Turkism and the Turkic Council, a group of countries speaking the same family of languages, which strangely enough, Hungary wants to join.

If Turkey pushed friendly nations to recognise TNRC, this would be an act of extreme hostility not only against the Republic of Cyprus, but against the EU. When Cyprus joined the EU in 2004, it did so with the territory of the entire island. Turkish Cypriots who have, or are eligible for, EU travel documents are EU citizens.

The Turkish-speaking population on Cyprus has a lot to lose from Erdoğan’s games, but the fact is that, unlike his predecessor, the new Turkish Cypriot leader aligns with Ankara.

The EU must stand up for its territory. It must warn that any support for the two-state solution would be considered as an act of hostility against the bloc, with economic and political consequences to match.

It is high time the EU became more involved in finding a viable solution to the Cyprus problem, instead of leaving it to the UN to deal with. It would be a pity if history remembers the EU as a power broker in Cyprus only in the case of the halloumi controversy.

Unlike the EU, which is absent from the re-unification talks, the UK plays a key role and therefore the Cyprus problem also has a Brexit angle.

The UK reportedly tried to tone down the UN Security Council final text in favour of Turkey. As a guarantor power, the UK has vital interests in an island part of the EU family, meaning Cyprus could be shaping up to be the first post-Brexit crash test on foreign matters between Brussels and London.

Croatia’s plan to put famous inventor Nikola Tesla on its euro coins has sparked criticism in Serbia, whose central bank said Monday (26 July) it would take the issue to the EU.